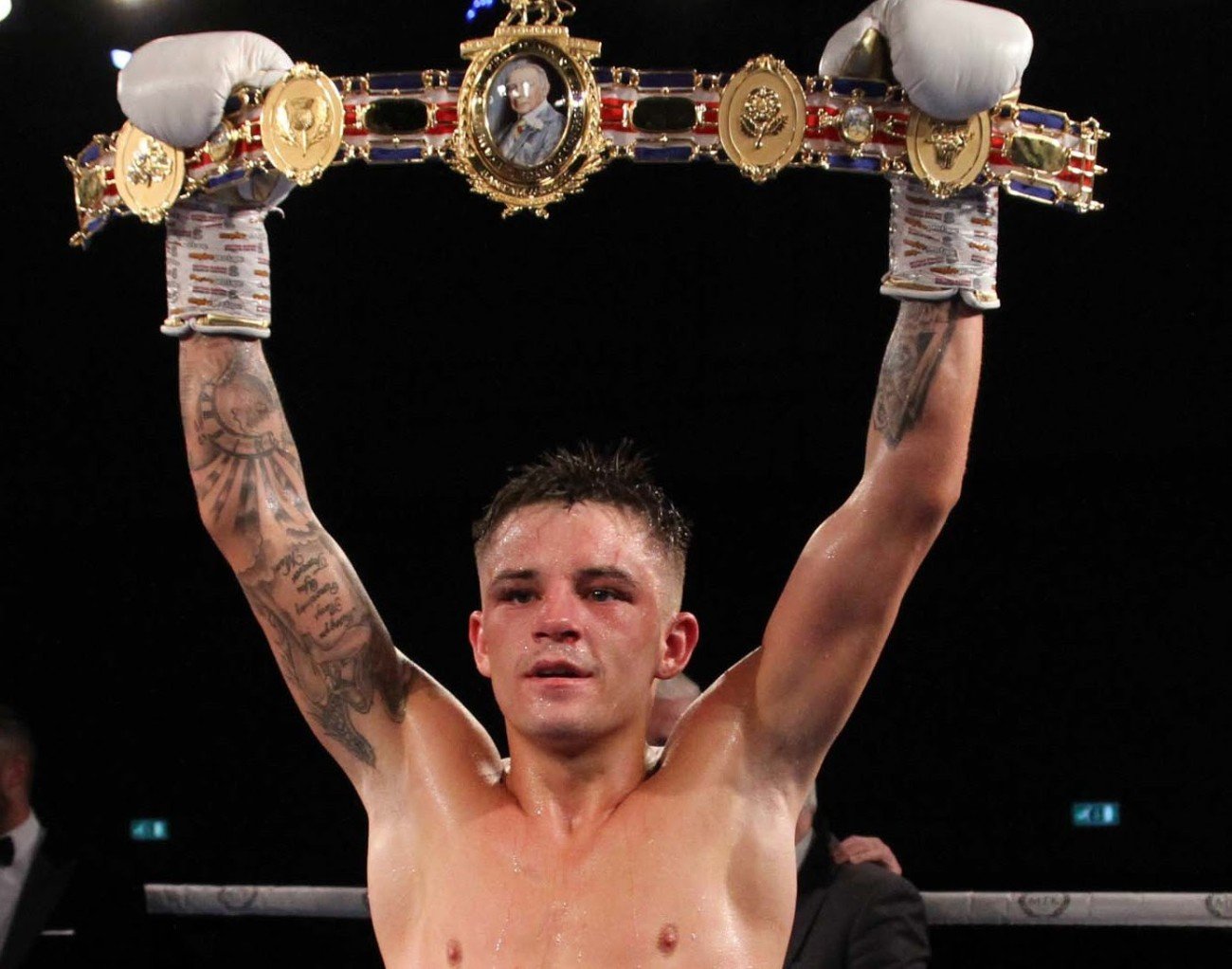 Unbeaten Scottish star Lee McGregor is ready to kick on and achieve big things over the next year – and that starts when he faces Ryan Walker on Wednesday’s huge #MTKFightNight.

British and Commonwealth bantamweight king McGregor (8-0, 6 KOs) steps up to 122lbs to take on former Southern Area super-bantamweight champion Walker (11-1, 2 KOs) on a massive card at Production Park Studios in Wakefield – live in the US on ESPN+ in association with Top Rank, and worldwide on IFL TV.

It is McGregor’s first fight back since his historic battle with Kash Farooq at a sold out Emirates Arena in November 2019, and the Edinburgh man wants more occasions like that.

McGregor said: “I can’t wait to be back. A win in this fight gets me back in the swing of things and then we can crack on and possibly get a defence of my titles in before the end of the year too.

“Then the plan is to push on for a big 2021. It was a brilliant win in my last fight against Kash Farooq and the whole experience was unbelievable, so I want to have nights like that again as I love being involved in them.

“It’s been a tough few months for everyone but I’ve tried to take the positives out of it. I was out in Fuerteventura for a bit doing some training with Josh Taylor and Billy Joe Saunders, and that was brilliant out there.

“They are two amazing fighters and world champion, so I couldn’t have asked for better fighters to train alongside. I picked up a lot over there, and I’ll show that in this fight.”

There have been plenty of words exchanged on social media recently between Lee McGregor and Ryan Walker – and the Scottish star plans on making his opponent pay for those comments when they meet next month.

Walker was involved in a war of words on Twitter with both McGregor and his stablemate Sunny Edwards, and the Edinburgh man is ready to make him eat his words when they step into the ring.

McGregor said: “He’s spoke up, said a few things, and got what he’s asked for, so let’s see if he can back it up. I’m always fired up whether they talk online or not, and I’m always really wanting to hurt my opponent.

“It’s at the weight above, but he’s smaller than me and is short and stocky. I feel I’m the bigger man, so it’s going to benefit me more not having to cut the extra four pounds.

“I’ll feel more comfortable and it will suit me more having this fight at super-bantamweight. He will come forward and try to have a fight, so we’ll see what I’m up against on the night and adapt to whatever he brings.

“I’m really excited to get back in the ring and I’m confident of getting the win. It’s been a while since the last time I fought so I’m buzzing to be back.”

Walker: I want the best McGregor!

Ryan Walker has urged Lee McGregor to be at 100% when they meet later this month – as he doesn’t want there to be any excuses if he is victorious over the Scottish star.

Former Southern Area super-bantamweight champion Walker (11-1, 2 KOs) faces British and Commonwealth bantamweight champion McGregor (8-0, 6 KOs) at 122lbs on a huge #MTKFightNight at Production Park Studios in in Wakefield on August 26, live in the US on ESPN+ in association with Top Rank and worldwide on IFL TV.

Both men have attempted to play down the recent war of words they were involved in on social media, but Walker has made it clear that he wants McGregor to be at his very best on fight night, in order to make a potential win even more sweeter.

Walker said: “I’m really looking forward to this. I’ve been working hard for a long time to get this opportunity to get on a big platform and show my skills.

“A lot of people might not know of me just yet because I’ve come up the hard way through small hall shows, but now is the time to show what I’m made of.

“I’m expecting a good fight. I hope he comes into the ring 100% so I can get the best Lee McGregor. I’ve seen things I can exploit and I will show him on the night. I’m a real fighter so all that social media stuff doesn’t mean anything to me.

“I’ve been fighting at super-bantamweight my whole career so I’m confident at that weight. On the night I’m going to be a lot bigger than what he is expecting. I don’t believe much in weight advantage in boxing though, you’ve got to know how to fight, that’s all that matters.”

A victory would propel Walker into the limelight, and he insists his complete focus is on defeating McGregor and showing everybody what he is capable of.

Walker said: “My main focus right now is getting past this fight. A lot of boxers make the mistake of overlooking opponents and thinking about the future. Now is the time to show what I’m made of.

“I did well in my last fight and was happy to get the win, but I stay humble. It showed in that fight that I’m moving up in levels, and I’ve fought against guys who are naturally bigger than me and I’ve proved I can handle myself.

“It’s been hard few months for everyone, but luckily enough me and my family have been safe. A lot of people I know have been affected by it, but we can only stay positive and do our best to get things back to normal.”

McGivern: I’ll show how good I really am

McGivern takes on experienced Jamie Quinn at Production Park Studios in Wakefield this evening, live in the US on ESPN+ in association with Top Rank, and worldwide on IFL TV.

Belfast boxer McGivern had an illustrious amateur career, earning a number of accolades including a bronze at the 2018 Commonwealth Games on the Gold Coast, along with a gold medal at the Commonwealth Youth Games in Apia back in 2015, and he’s now ready to kick on and shine as a professional.

McGivern said: “It’s exciting and everyone at home is buzzing for me as they’ve been waiting to finally see me perform. I’ve been working like crazy and now I finally get my chance to show everyone how good I really am.

“I’ve settled down a bit more on my punches and concentrated on going longer rounds, and my punch power is way up as well. I’m starting to really come into form already but I’ll still be the same boxer, hit and don’t be hit.

“I’ve fought all over the world in European, Commonwealth and multi-nation tournaments so I’m somewhat used to fighting in a big hall and you only really get the other boxers there watching, so this experience won’t be too new for me I don’t think.

“I want as many fights as possible in my first year of fighting and I want people to start taking notice and realise that I’m here to make waves.”

McGivern vs. Quinn is part of a huge bill tonight, which is headlined by a WBO European welterweight title battle between unbeaten Lewis Crocker and Louis Greene.

It’s part of a huge week of #MTKFightNight events, as on September 2, Akeem Ennis Brown and Philip Bowes clash for the British and Commonwealth super-lightweight titles, and Dan Azeez defends his English light-heavyweight crown against Andre Sterling.