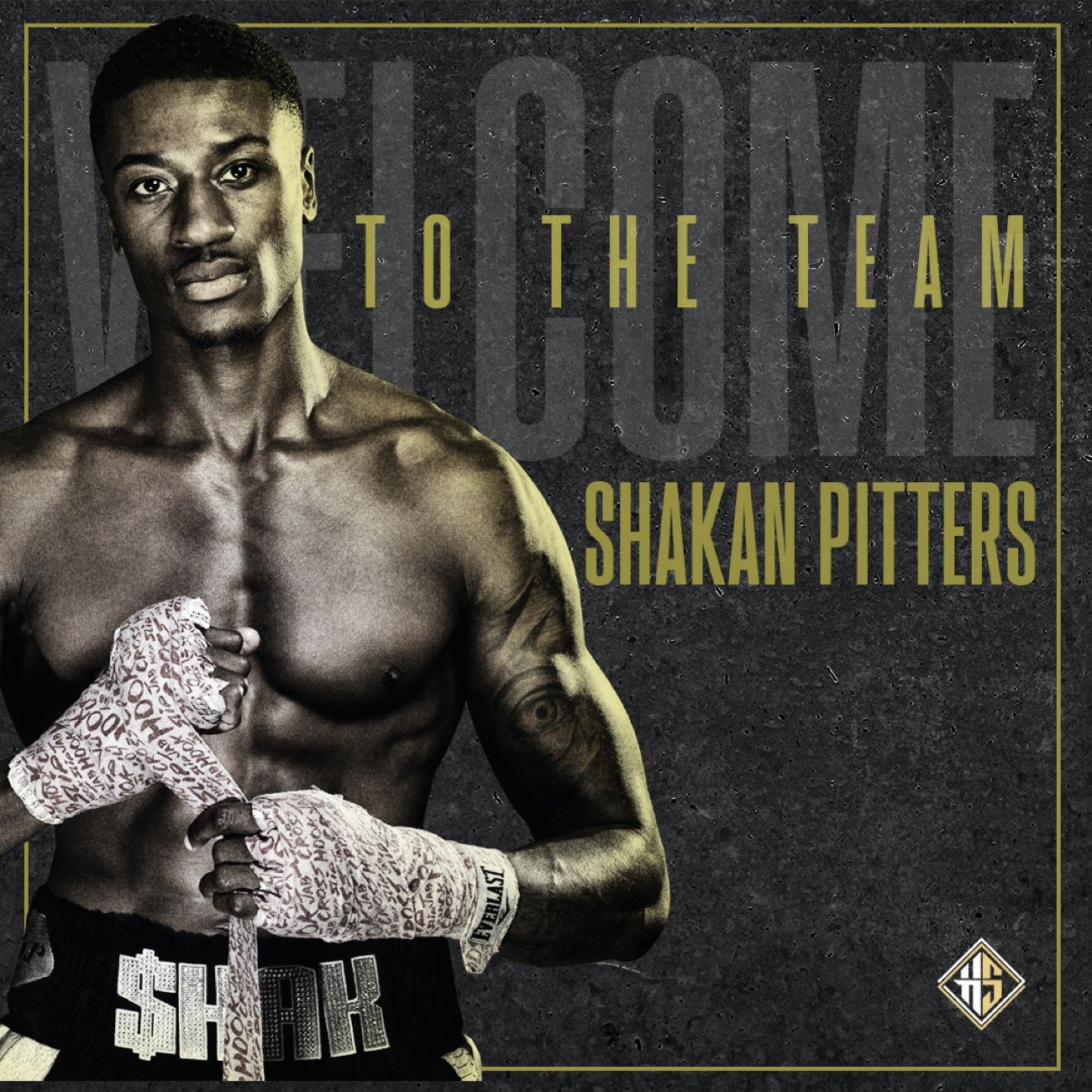 Undefeated British Light-Heavyweight title contender Shakan Pitters has signed a long-term promotional agreement with renowned promoter Mick Hennessy as he advances to the next level of his career.

The Birmingham hot shot has won all 13 of his fights since turning professional in March 2017 and first came to public attention when he breezed through the Ultimate Boxxer 2 tournament in November 2018, winning three fights in one night to claim the top prize.

He captured his first professional title when he defeated Dec Spelman in a thrilling 10-round war to lift the English crown and close a successful 2019. All set for a big 2020 with a challenge for the British title against Chad Sugden scheduled for March 28, Pitters then saw the fight cancelled just a week prior due to the lockdown caused by the COVID-19 pandemic.

However, Hennessy this week delivered the exciting and long-awaited news that boxing’s big return to free-to-air TV screens will be the Pitters versus Sugden British title showdown which headlines a thrilling five-fight card, exclusively live and free on Channel 5.

At a towering 6’ 6”, ‘Big Shak’ stands, literally, head and shoulders above his 175lb rivals and combined with his long reach, it comes as no surprise that his idol is the legendary seven-time and five-weight World Champion Thomas ‘The Hitman’ Hearns who he shares physical similarities with.

The all-action box-puncher possesses a solid and accurate left jab, knockout power in both hands and fast footwork, combined with his fighting heart and pride and a relentless desire to become a World Champion. Mixed with his undoubted charisma, mega watt smile and persona, Hennessy believes he has all the tools and qualities to become a star in the sport and essentially a World Champion.

Pitters’ natural athleticism was evident at an early age when he competed to a high level boxing in the juniors, but he was also a youth trainee footballer at West Bromwich Albion during his teenage years until he was released and then returned to boxing and pursued a career with his fists in the pros which has proved to be a dynamite choice.

Boxing also runs in the family blood with his father Colin, a professional middleweight in the early 1990s who once fought future WBC World Champion Richie Woodhall and top pros Steve Foster, Neville Brown and Adrian Dodson, plus his uncle Rob was also a top light-middleweight prospect.

With his new promotional deal in place with Hennessy, who developed Carl Froch and Tyson Fury into mainstream stars and took them to World Championship honours and his future fights to be broadcast on free-to-air Channel 5, Pitters is ecstatic and can’t wait to get started on August 22nd.

“I’m absolutely delighted to sign with Mick Hennessy and join the Hennessy Sports stable,” enthused Pitters. “My career is at the next stage and I believe that Mick is the man to take me where I want to go. His track record of spotting and developing talent into champions is second-to-none and I’m sure I can repay his faith in me by delivering Championship titles. I’m super excited to be fighting regularly on Channel 5 in front of an audience of million upon millions of viewers and with my fighting style and personality, I have got a fantastic platform to become a household name. The next leg of my journey begins on Saturday 22nd August when I challenge for the British title against Sugden. I’m not looking ahead of this fight, everything we’ve worked towards so far is on the line here and it means everything to me.”

A delighted Hennessy said, “We welcome Shakan to the Hennessy Sports team and look forward to working with Jon as we take his career to the next level and beyond. I’ve followed Shakan since he started his career and have always been impressed with him and how he handles himself inside and outside of the ring and it’s fantastic to now be guiding his career. He’s a physical specimen blessed with great boxing skills, he can box, he can fight, he has a real aura and charisma that will crossover to the mainstream, but importantly his attitude and desire to go to the top and win a World title. I really believe that he has something special and with my guidance and his exposure on free-to-air Channel 5, he can become a real star in the sport. The 175lb division is really heating up and Shakan can be in the heat of the action, but first and foremost he mustn’t overlook Chad who is a serious challenger for the British title and will be a big hurdle to get over first.”

Benjamin vs. Walker added to Pitters vs. Sugden card on Aug.22

Promoter Mick Hennessy oversees the long-awaited return of Championship Boxing to UK free-to-view TV screens exclusively LIVE on Channel 5 on Saturday 22nd August and has added a further title fight to the show.

The five-fight card, presented by Hennessy Sports in association with Ladbrokes, Infinitum and Numan, will be staged behind-closed-doors at a purpose built production studio and is headlined with the long-awaited battle for the Vacant British Light-Heavyweight title between Shakan Pitters and Chad Sugden.

Hennessy is delighted to bolster the big fight-night with a sizzling Midlands derby that pits Birmingham’s Kaicee Benjamin and Wolverhampton’s Conah Walker in a fiery clash for the Vacant Midlands Area Welterweight Title with plenty of pride and honour at stake.

All-action Benjamin (10-0-1, 2 KO’s), the former Midlands Area Champion, is in fine recent form having made two defences of the title and seen off three unbeaten fighters (Shaquille Day, Levi Ferguson and Alex Fearon) in his last four fights.

Rival Walker (7-0-1, 2 KO’s) will be looking to cause an upset and beat the favourite Benjamin to prove that he is the real deal. The former standout amateur took the unbeaten record of Nathan Bendon and then forced then unbeaten Ohio Kain Iremiren to a draw and is pumped up for the challenge against Benjamin.

Hennessy said, “It’s fast building momentum towards an exciting and long-awaited return for British boxing on the free-to-air TV platform Channel 5 on August 22nd. We’ve got a fantastic main-event in place with the British Light-Heavyweight title showdown between Shakan and Chad and that is now complimented with a Midlands Area title clash between Kaicee and Conah. Not only that, but we have the exciting return of cruiserweight star Isaac who’s on the road back towards challenging for titles, plus reality TV star Idris and young prospect Michael complete the card. This is a statement that our sport is finally back and where it belongs on the big-stage on free-to-air Channel 5 for everyone to watch without having to pay.”