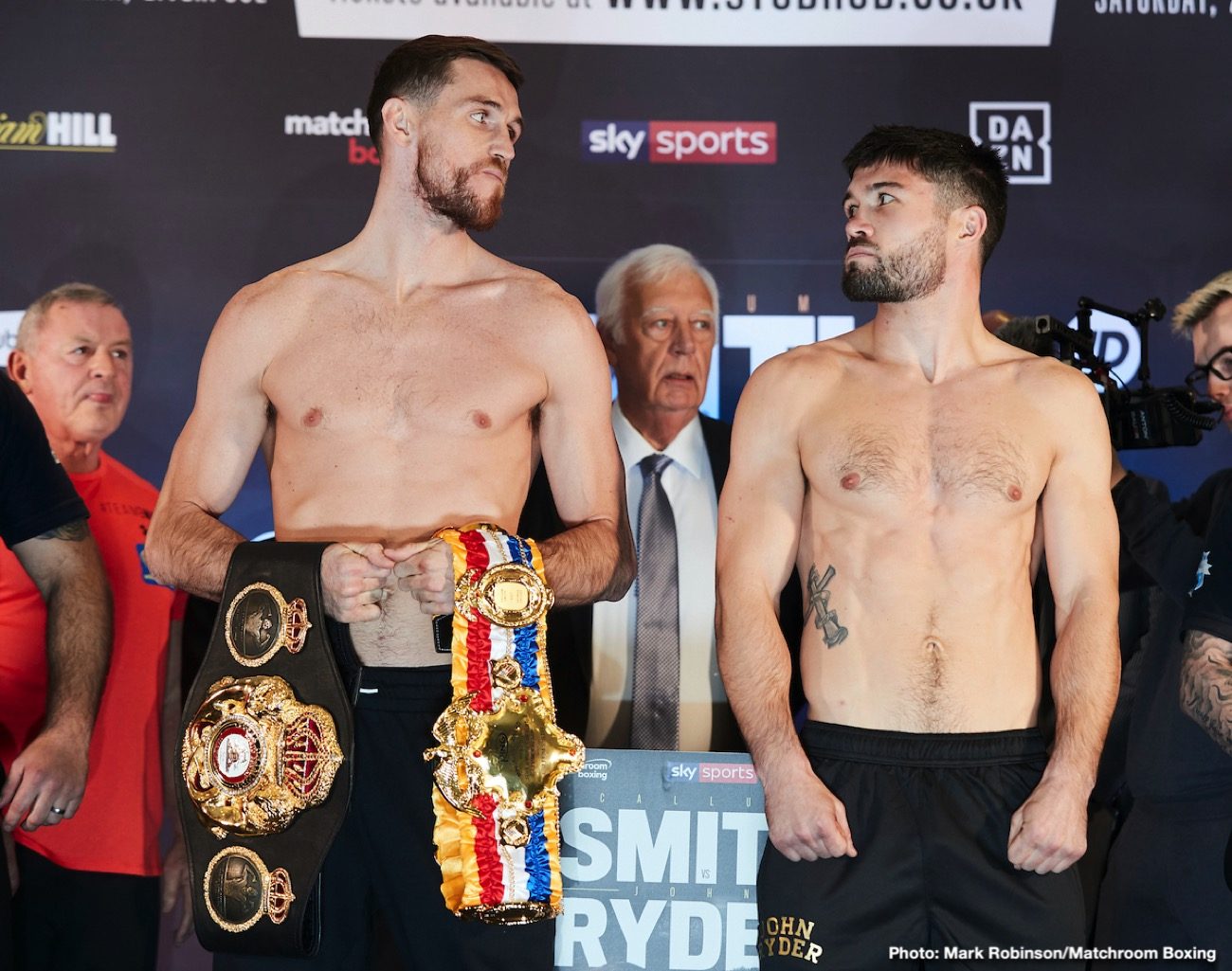 John Ryder has warned Callum Smith that he is ready to rip his WBA Super-Middleweight World title away from him and shatter his Anfield dream when they collide at the M&S Bank Arena Liverpool on Saturday, live on Sky Sports in the UK and DAZN in the US.

Despite heading into this weekend’s all-British showdown coming off the back of four big knockout wins that secured him the No 1 ranking in the WBA and earned him the interim World title, Ryder believes he is being overlooked by Liverpool’s Smith.

“I’m being overlooked but he is the World Champion and the city’s big dream of a show at Anfield,” said Ryder. “He is the front-runner but I’m coming to cause the upset and, if I beat Smith, there will be no Anfield show. They might need to find a new headliner.”

Saul ‘Canelo’ Alvarez, the four-weight World Champion, is expected to return in May and ‘Mundo’ is hoping to be on the shortlist of his opponents. Billy Joe Saunders and Gennadiy Golovkin also count among Smith’s options if he retains his belt, but Ryder is ready to derail those plans and secure a mega-fight for himself.

“There have been a lot of highs and lows in my career so even fighting for a World title would have been a dream not so long ago. But now it’s here. In reality, without taking your eye off the ball, you do look at the carrot that’s being dangled. There are super-fights with big, massive names in America and you can’t help but to get excited.

“Winning would make be No 1 in the division and Canelo has proved that he likes to take on the top dogs, so you never know. But Smith is No 1 for a reason and I can’t take my eye off the ball with him.

“He hasn’t put a foot wrong, looked good in beating George Groves and Hassan N’Dam, but I just believe I can exploit him. I’m a different kettle of fish to what he’s faced before.”