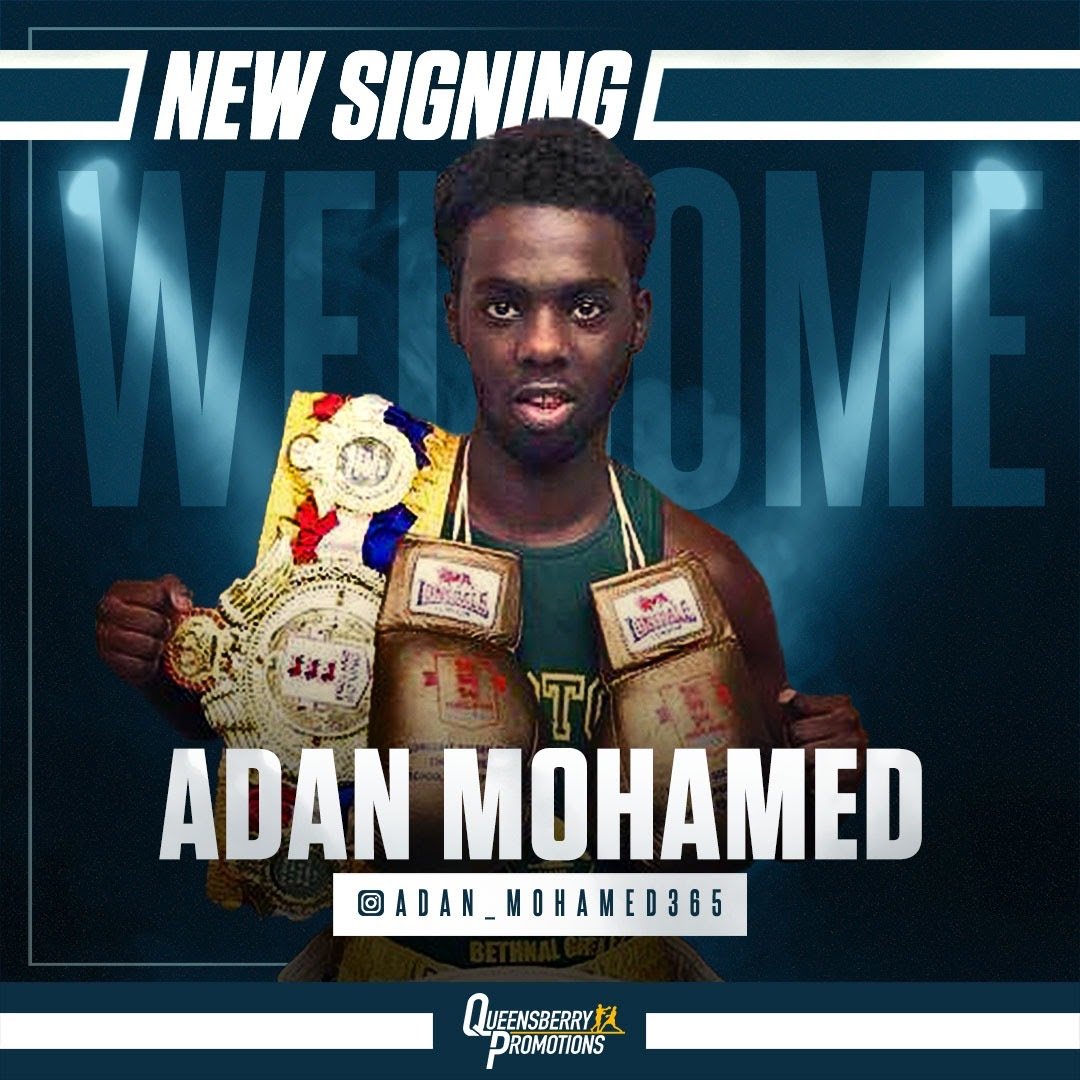 FRANK WARREN IS delighted to announce that explosive cruiserweight prospect Stephen Adentan is to join the Queensberry Promotions ranks after turning professional.

The 6ft 6″ powerhouse is a product of the Repton Boxing Club, from where he clocked up 16 wins from 20 amateur bouts, with 12 of his wins coming via KO.

A late starter in the sport, the 29-year-old won super heavyweight gold at the ‘King of the Ring’ tournament in Sweden, while also reaching the final of the 2019 London ABA, where he suffered a defeat due to a cracked rib.

Adentan is a friend and regular training and sparring partner of Lawrence Okolie, while he has also shared sparring sessions with experienced campaigners such as Dereck Chisora and Anthony Joshua.

He is also no stranger to the world of entertainment and advertising, having appeared in the BBC drama Noughts and Crosses, as well as worldwide campaigns for Superdry, Nike and Aston Martin.

“This is a big platform and opportunity for me,” said the cruiserweight on his signing to perform for Frank Warren’s Queensberry promotions. “I am well suited to the pro ranks with my punch power and I am very explosive.

“I have seen my friends do really well – such as Lawrence Okolie and Joshua Buatsi – and move on in the ranks and everyone was always asking me when my turn was coming. I said I was just biding my time, but I am ready to really get cracking now.

“Without getting too deep I had a kind of turning point last year with what you could call slight depression when I felt derailed in terms of my plans in boxing. I got distracted and kind of fell out of love with it after having acting roles and learning to be a stuntman.

“It was all glitz and glam but it left a massive void in not being able to punch people! That is when I realised I had to get back into training and then my hunger really came back, my ferocity came back along with my spite.

“I lost my spite for a bit and didn’t have an edge. It soon came back after I started up again and I actually spoke to Anthony Joshua about it and he said the same thing happened to him before he brought it all the way back to when he was an amateur and used to watch all the stuff on Roy Jones jr, Joe Frazier and Mike Tyson. He filled his head up with that instead of all this nonsense outside of the ring, which doesn’t mean anything.”

Boxing wasn’t actually Adentan’s first calling in sport and there was a time when speed of foot counted over fast hands.

“I came to boxing late and I used to be a sprinter over 100m and 200m. I was a fashion model at the same time and I only started boxing because I couldn’t fit in clothes due to being too big! I thought this boxing thing could help me lose some muscle and then when I was hitting people I could see the change in the look in their eyes.

“That is when I thought I could be on to something and that is how it came about.”

Adentan is trained by Steve Broughton in Kings Cross and he reports preparations for his pro debut are well underway.

Sergey Lipinets: "We Never Missed A Beat In Preparation, Even With Opponent Change"

“I am really working on my boxing skills right now and building on the fundamentals. I’ve got a blessing in terms of the power I possess and what it does to people is a great equaliser, but we have seen with Deontay Wilder against Tyson Fury what happens when it is all you rely on.”

FRANK WARREN IS delighted to announce that outstanding amateur star Adan Mohamed has signed a promotional agreement to turn professional under the Queensberry Promotions banner.

Adan, 18, is a product of the Repton Boxing Club and amassed an amateur record of 55 wins from 60 fights.

A seven-time national champion, the Buckhurst Hill-based super bantamweight also won a Tri-Nations GB title, two Haringey Box Cups and was a bronze medallist in the 2019 European Youth championships. He also boxed over 10 times for England and was a member of the national squad from the age of 12.

“I am over the moon, I really am, and this has come at the right time for me,” reacted Adan to his career development.

“It is the place to be and it is where all young fighters want to be. I trained with the likes of Dennis McCann and Henry Turner as an amateur and I’ve seen them move to Frank Warren, perform well and enjoy their careers.

“I thought ‘I’ll join them’. They are giving young fighters their chance, building them up and most of them will become world champions. I just want to be in and amongst that.

“Signing with Frank and Queensberry is a no-brainer for me.

“I will be getting my license either late in September or October and my debut will come before the end of the year. I reckon I will sell a good few tickets.”

Hall of Fame promoter Warren added: “I am thrilled to have Adan team up with us for what I am sure will prove to be a hugely successful journey in the sport.

“Adan is clearly a massive talent with the potential to go all the way and I am looking forward to helping him in realizing his ambitions. The quality of young fighters we are attracting to the Queensberry and BT Sport platform is, I believe, at another level to anywhere else in the world at the moment and when these boys all grow into the fighters they can be there will certainly be exciting times ahead with numerous world title fights on the cards.

“This is the place to be for the best young fighters and recent history shows that the finest talents from the Repton club choose Queensberry as their professional home. Dennis McCann and Henry Turner are showing the way and I am sure Adan will quickly follow in their footsteps.”