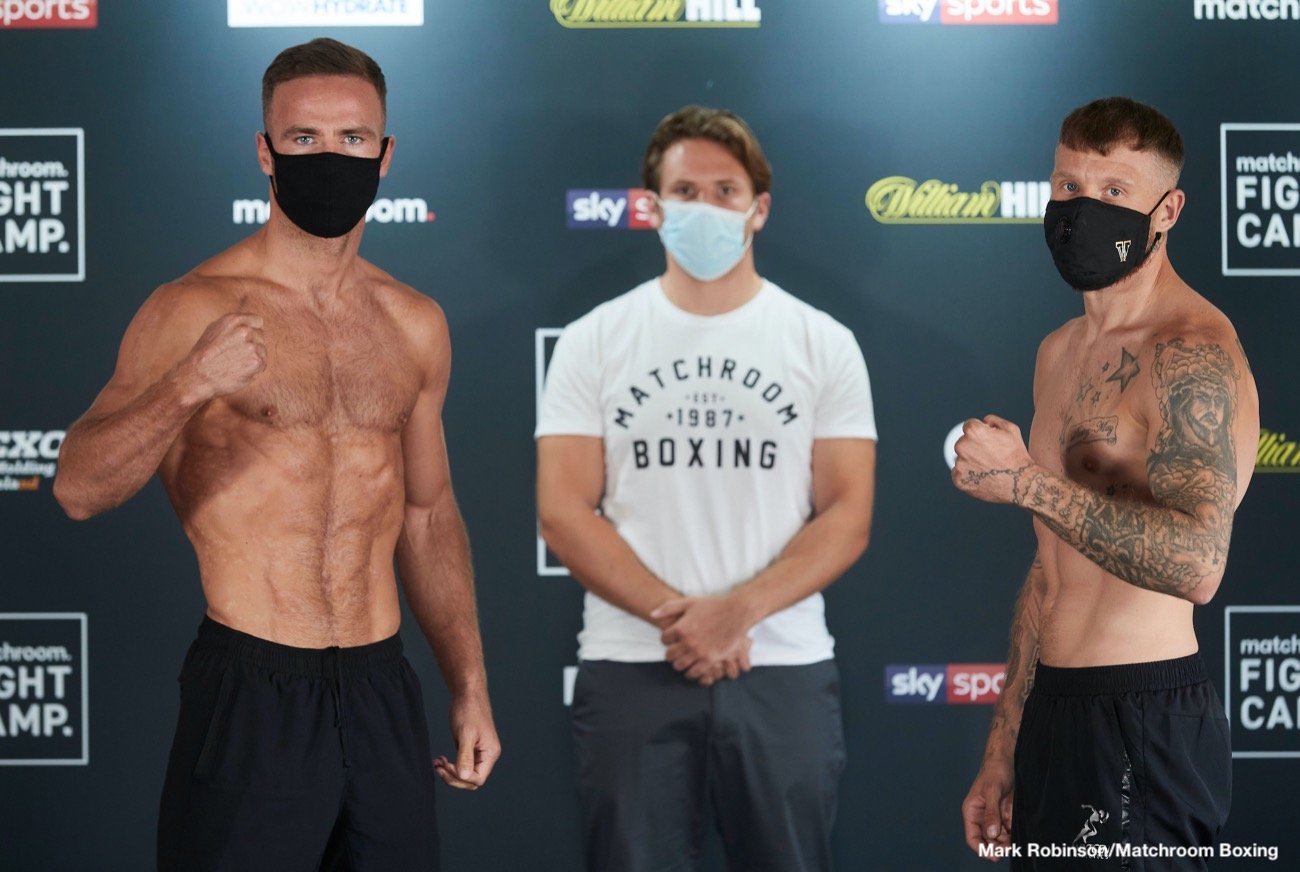 Ahead of Week 3 of Matchroom Fight Camp on Friday, August 14 topped by the Commonwealth Middleweight Title clash between Felix Cash and Jason Welborn, shown live on Sky Sports in the UK and DAZN in the US, all media and fans are invited to watch the below the schedule of content leading up to the big night.

Promoter Eddie Hearn goes live on Instagram to answer your questions following the historic all-British World Title showdown between Natasha Jonas and Terri Harper last Friday, with a look ahead to this week’s action.

Watch exclusive behind the scenes footage of the fighters and their teams arriving at the official fighter hotel ‘bio bubble’.

Fighters take part in media obligations. All media will have the opportunity to speak with Week 3 fighters via Zoom conference calls. A timetable will be sent out ahead of the calls.

Matchroom visit popular Watford Super-Bantamweight prospect Shannon Courtenay in camp ahead of the biggest test of her professional career against Rachel Ball.

Watch exclusive behind the scenes footage as fighters undertake their media obligations.

Presenters Chris Lloyd and Darren Barker bring you all of the action from the official press conferences chaired by promoter Eddie Hearn.

Sit back and watch all of the action from Week 2 of Matchroom Fight Camp as Terri Harper retained her WBC and IBO Super-Featherweight World Titles with a thrilling split decision draw against Natasha Jonas.

Ahead of her huge Undisputed Lightweight World Title rematch with Belgium’s Delfine Persoon, take a look back at the extraordinary career of Irish fight legend Katie Taylor.

Watch exclusive behind the scenes footage from the official press conferences.

Join presenters Chris Lloyd and Darren Barker as all fighters hit the scales from 1.00 pm.

Fans get the chance to win a special price courtesy of Matchroom Boxing.

9.00 am Weigh-in Recap Being The Scenes ep4 (Matchroom Boxing YouTube)

Watch exclusive behind the scenes footage from the official weigh-in.

Welcome to the Fight Camp Diaries! We built a Big Brother-esque place for fighters, trainers, staff to come and leave their thoughts during fight week – Enjoy!

Presenters Chris Lloyd and Darren Barker are joined by special guests from Matchroom HQ as the build-up continues towards the opening bell.

Watch all of the action from Matchroom HQ in Brentwood, Essex, live on Sky Sports in the UK and DAZN in the US.