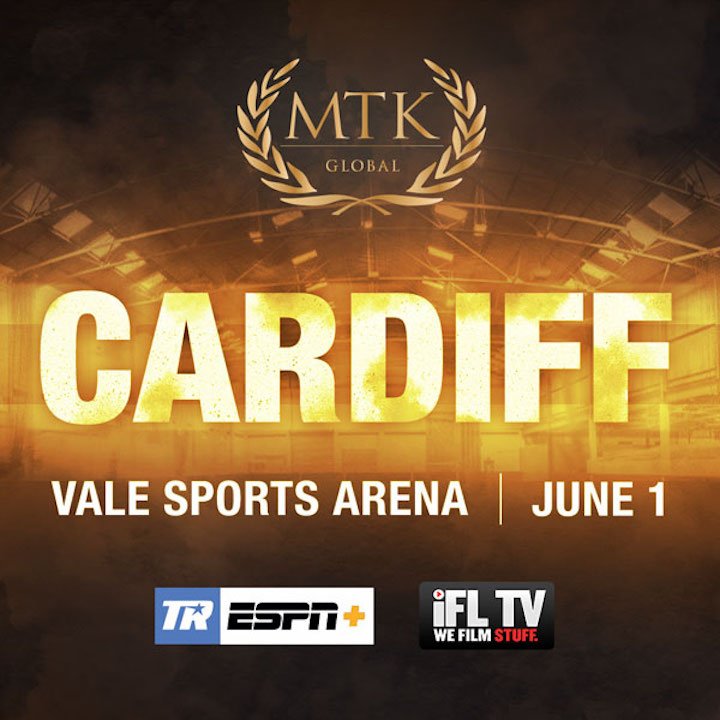 One of Wales’ premier talents, Jay Harris is ready to take the next step. The unbeaten Harris will battle former world title challenger Angel Moreno in a 12-rounder for the vacant European flyweight title Saturday from Vale Sports Arena in Cardiff, Wales.

Harris (15-0, 8 KOs), from Swansea, Wales, is a six-year pro who captured Commonwealth flyweight honors in February 2017 with a hard-fought unanimous decision over Thomas Essomba. He defended that belt in November 2018, overcoming a cut left eye to knock out Ross Murray in the third round. Moreno (19-3-2, 6 KOs), from Madrid, Spain, is a former European flyweight champion who has fought at the upper reaches of the sport. He challenged WBC flyweight world champion Charlie Edwards on March 23, dropping a unanimous decision at Copper Box Arena in London.

In other action scheduled for the ESPN+ stream:

Craig Evans (19-2-2, 3 KOs) will make the first defense of his WBO European lightweight title in a rematch against Stephen Ormond (27-5, 13 KOs). The two locked horns in June 2017, as Evans knocked down Ormond twice in the 10th and final round of an action-packed fight to win a unanimous decision.

Sultan Zaurbek (6-0, 4 KOs), the big-punching southpaw lightweight prospect from Kazakhstan, will see action in a six-rounder against an opponent to be named. This will be the fourth bout of 2019 for Zaurbek, who was last seen knocking out Chenghong Tao in Dubai on April 5.

Commonwealth flyweight champion Jay Harris wants this weekend’s European title fight with Angel Moreno to be the first of many massive events in Cardiff.

Unbeaten Harris (15-0, 8 KOs) faces Moreno on a huge #MTKFightNight event at the Vale Sports Arena, live on ESPN+ in association with Top Rank, and also live on iFL TV, and the Welsh star wants more big nights in the future.

Harris said: “It’s great to be headlining such a great show in Wales and hopefully there will be many more to come. There are some brilliant fighters on the bill and it’s going to be a fantastic night in Cardiff.

“I think the fans should expect a great fight between me and Moreno. It’s going to be a a very exciting fight that they will probably remember for a long time.

“It’s great that it’s on ESPN+ in America too, because the fight being shown in America can help grow my fan base there. Maybe one day I could fight in America too which would be something I’d love.

“First things first though, I’ve got this fight with Moreno on Saturday and I’m fully focused on becoming the new European flyweight champion.”

Saturday’s stacked #MTKFightNight event at the Vale Sports Arena in Cardiff also features a battle for the WBO European title, as Stephen Ormond has a much-anticipated rematch with Craig Evans.

A star-studded undercard includes unbeaten Kazakh kings Zhankosh Turarov and Sultan Zaurbek, plus their are plenty of Welsh heroes on the bill too, as Sean McGoldrick, Kieran Gething, Jacob Robinson, Alex Hughes and many more are in action.

Kazakh sensation Sultan Zaurbek is back in Wales and eager to showcase his talent having previously been denied the chance by a no-show opponent.

The endlessly-talented Shymkent star has cruised to 6-0, 4 KOs since turning professional with MTK Global and having lit up arenas in London, Dubai and Monte Carlo, now heads to Cardiff to star on Saturday’s #MTKFightNight – live on ESPN+ in association with Top Rank and on iFL TV.

Zaurbek said: “This is going to be my second visit to Wales and this time I will get to fight!

“My first visit to Vale Sports arena in Cardiff was on the night of my friend Nurtas Azhbenov’s fight night on the undercard of Akeem Ennis Brown’s IBF European super-lightweight title defence against Bilal Rehman.

“I was supposed to fight that night as well but my opponent did not show up. I remember the great atmosphere and boxing fans in Cardiff. It was an overwhelming experience.

“I have been travelling a bit and I enjoy visiting different parts of the UK and the world.

“My goal is to make boxing history and for people to remember my name, to become a world champion one day and be known for having an individual skill style of technical boxing.”

Also joining Zaurbek on a busy bill is fearsome compatriot Zhankosh Turarov (22-0, 15 KOs), who returns from more than 18 months out with expectations high.

Zhankosh Turarov is ready to climb quickly towards world level

Zhankosh Turarov aims to move to 23-0, 16 KOs on Cardiff’s #MTKFightNight on Saturday and is relishing the environment.

The talented Kazakh makes a long-awaited return at Vale Sports Arena – live on ESPN+ in association with Top Rank and also on iFL TV – and is proud to have the chance to perform for the passionate Welsh boxing fans.

Turarov said: “I like Welsh boxing very, very much. The Welsh fight up until the end yet they do not fall. They’re all very strong and solid.

“On Saturday, I will see what it’s like to fight in the UK for the first time. I’m ready for anything and I trust the people over there will love watching me.

“I thank MTK Global for this opportunity. I’m very glad to be with them now and I believe they can lead me to world level where I will truly be able to prove everything that I’m able to do.

“I’m hoping to fight for a world title this year and I will do everything in my power to make that possible. First of all, I have a job to do on Saturday and I plan to do it in spectacular fashion.”

Stephen Ormond is determined to gain revenge over Craig Evans and regain the WBO European lightweight title on Saturday night.

‘The Rock’ (27-5, 13 KOs) heads for the Cardiff #MTKFightNight at Vale Sports Arena looking to reverse a 2017 defeat to Welshman Evans – this time live on ESPN+.

With a grand stage set that will include the Champions League final being broadcast on a big screen, the Dublin visitor feels better placed than ever to launch on an assault on the top names in the division.

“Victory can lead to even bigger and better things because it would put me high up in the rankings and in line to challenge big names.

“I wasn’t expecting this fight but as soon as it came up, it got me excited so hopefully we can put on a good show for the fans in the arena and tuning in around the world.

“It’s such a great platform to fight on and MTK Global just keeps producing the goods. It’s big deals after big deals.

“My body is feeling great. I look back on this camp and it was very hard but also very enjoyable.”