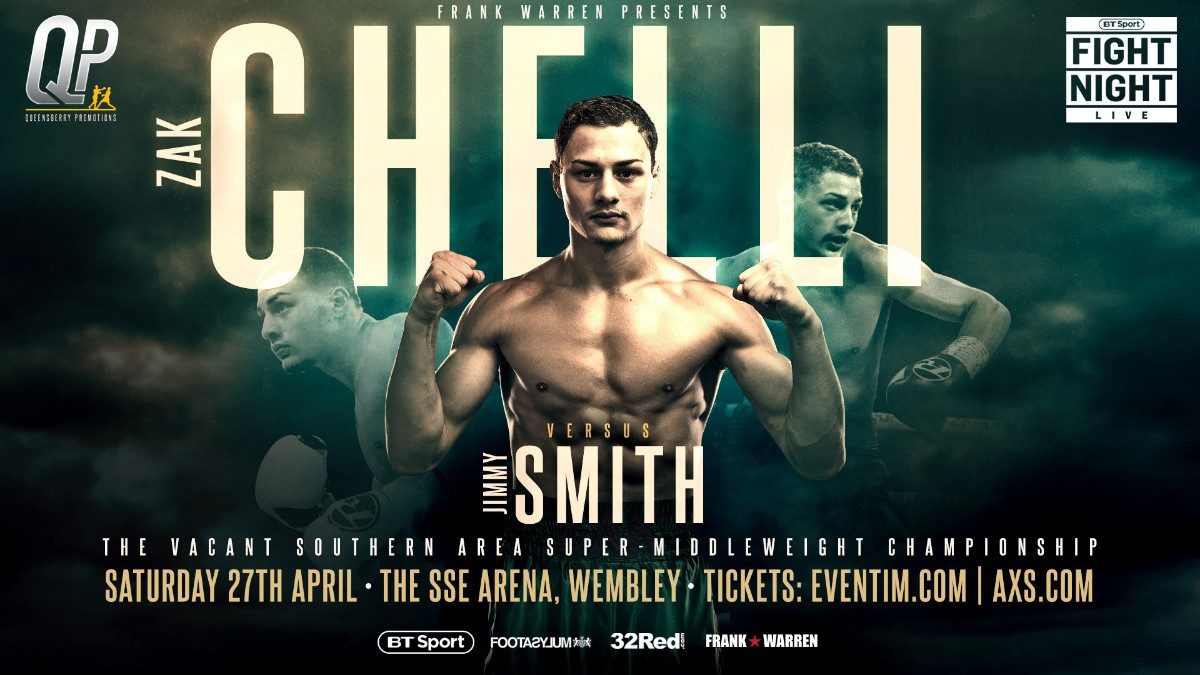 UNBEATEN super-middleweight Zak Chelli is spending time in the gym and class room preparing for his next big boxing examination.

The Fulham fighter challenges for his first professional title at SSE Arena, Wembley on Saturday April 27 when he meets Slough’s Jimmy Smith (7-1) for the vacant Southern Area title.

Besides preparing for his title test, live on BT Sport, Chelli is completing a BA in Business Management and Marketing at University of Surrey.

He is adamant his boxing career isn’t suffering, explaining: “The course is flexible so I can get my training done. A lot of my lectures are online which helps.

“I am doing four hours boxing training every day and four hours studying. It has been like that since my SATs, GCSEs and A-levels.

“I don’t have social time at university. A lot of them do stuff at night but I am sleeping.”

One rival he isn’t losing sleep over is Ilford’s Umar Sadiq who he outpointed in a serious needle match last October.

Sadiq (4-1) returned to winning ways in early March and will be in action on Frank Warren’s stacked Wembley card.

He is itching for a return against his bitter rival, but Chelli scoffed: “Sadiq likes to mention my name a lot and speak rematches. He needs the rematch and I don’t.

“He has nothing to offer. If he has a title, I will go for it, but at the moment he has nothing.”

ZAK CHELLI has only had six professional fights, but the Fulham man is already chasing Commonwealth title glory.

The ambitious university student is in a hurry to be top of the boxing class and eyeing up the winner of the vacant Commonwealth title clash between Lerrone Richards and Tommy Langford which takes place on the same bill.

“That is a nice belt and if it is possible I would like to fight the winner. Lerrone is a bit shorter than me and Tommy taller, but they are the type of opponents I like.

“Right now I cannot overlook Smith. Jimmy is a durable opponent and I am training for ten rounds, but I don’t believe it will go ten rounds.

“Jimmy likes to come forward, but I will show my skills. People thought I would be the brawler and fighter against Umar, but I showed him I can box.