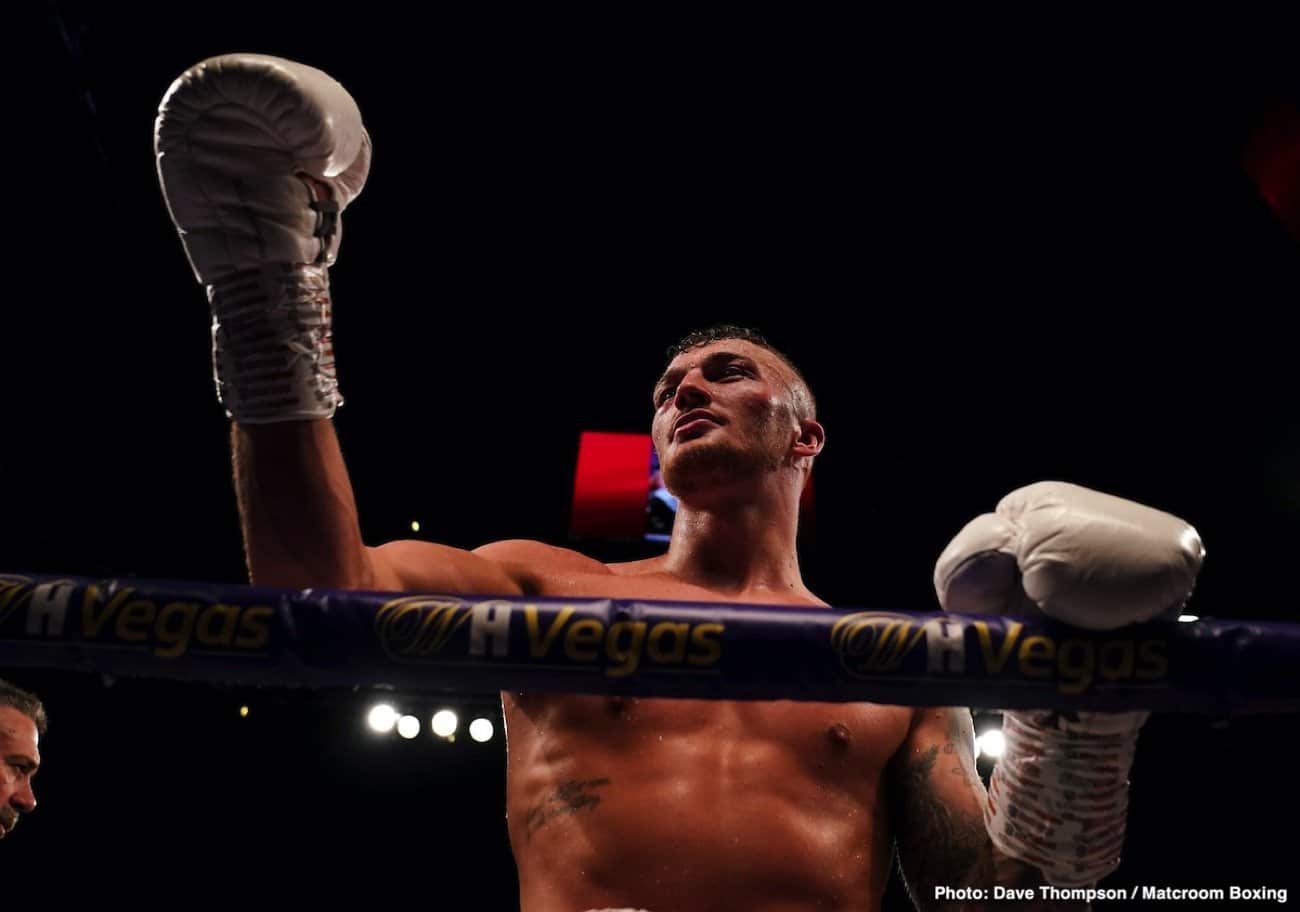 FRANK WARREN IS delighted to announce that #1 ranked WBO super-middleweight Zach Parker has signed to fight under the Queensberry Promotions banner and be showcased live on the BT Sport platform.

The 26-year-old from Woodville in Derby holds a professional record of 19-0 (13 KOs), having made his debut in the pro ranks in July 2015. He will make his Queensberry debut on the March 26th show at the Copperbox Arena.

After building up a big punching reputation in the division, Parker’s major breakthrough fight came in November 2018 when he was awarded the verdict in a split decision battle against Darryll Williams to win the British title. Unfortunately this success came at a cost and a period out of the ring followed due to a dislocated shoulder sustained early in the first round of the fight that required triple surgery. After making a routine return six months later, Parker then reinforced his No.1 status with the WBO by winning the International title with a late stoppage of his closest rival in the rankings, the Australian Rohan Murdock in March of last year.

The current WBO world super middleweight champion is Billy Joe Saunders, who won the vacant belt by beating Shefat Isufi at Stevenage FC in May 2019 and has since embarked on two low key voluntary defences, the most recent of which being a wide points victory over the veteran Martin Murray in December.

Parker hails from fighting stock, with father Darren a former pro and veteran of 200 amateur fights, while his two brothers – Duane (14-1 as a pro) and Lee – were also both in the sport. Currently, cousin Connor Parker, 25, is a promising super lightweight who is also on the Queensberry books.

“To sign with Frank Warren, one of the biggest promoters in the world, I am obviously buzzing about it,” said Parker on the link-up. “I want to get active in 2021 having only fought once in the last 18 months and I think this is the best move I can go with, to be with Frank and BT Sport.

“Hopefully we can go all the way to the top together and get a world title. I would go for any of the world champions.

“I am just looking forward to what 2021 brings.

“A lot of people say I have come under the radar, but I have come up from the bottom and worked my way up the hard way without a massive promoter. Now it makes it all a lot sweeter to have such huge backing and it will make things a lot easier for me and the team.

“After an extremely frustrating 2020, I terminated my Agreement with my former promoter. I am currently ranked number one by the WBO in the very exciting Super-Middleweight division and have been for a year. In order to push on and secure a mandatory challenge, I need to stay active and I have to defend my International title in order to preserve my status.

“I am extremely delighted and excited to be given the opportunity to join the Queensberry team and showcase my talents on BT Sport’s platform and get the chance to put myself in the shop window for a world title challenge. I am looking forward to working with Frank Warren who has a proven track record for delivering for his boxers.

“Along with my manager Neil Marsh I now have a team to guide me into the next chapter of my journey and secure me a world title. That chapter starts on 26th March in London.”

Hall of Fame promoter Frank Warren added: “I am thrilled to add a fighter of Zach’s obvious pedigree to our hugely exciting pool of talent. Unlike most of our prospects and contenders who we bring through the ranks, Zach is ready to go and set to make a name for himself at world level.

“It is our job to enforce his position with the WBO and secure him his world title opportunity and we will do just that. There is a bit of manoeuvring going on at the moment in the division, but Zach is guaranteed his shot and it is just a question of timing.

“Zach possesses the power and technical ability to go all the way to the top and also has time on his side to make a big impact in the sport. I am looking forward to guiding Zach as he enters the next stage of his career that will see his talent rewarded with major opportunities.”