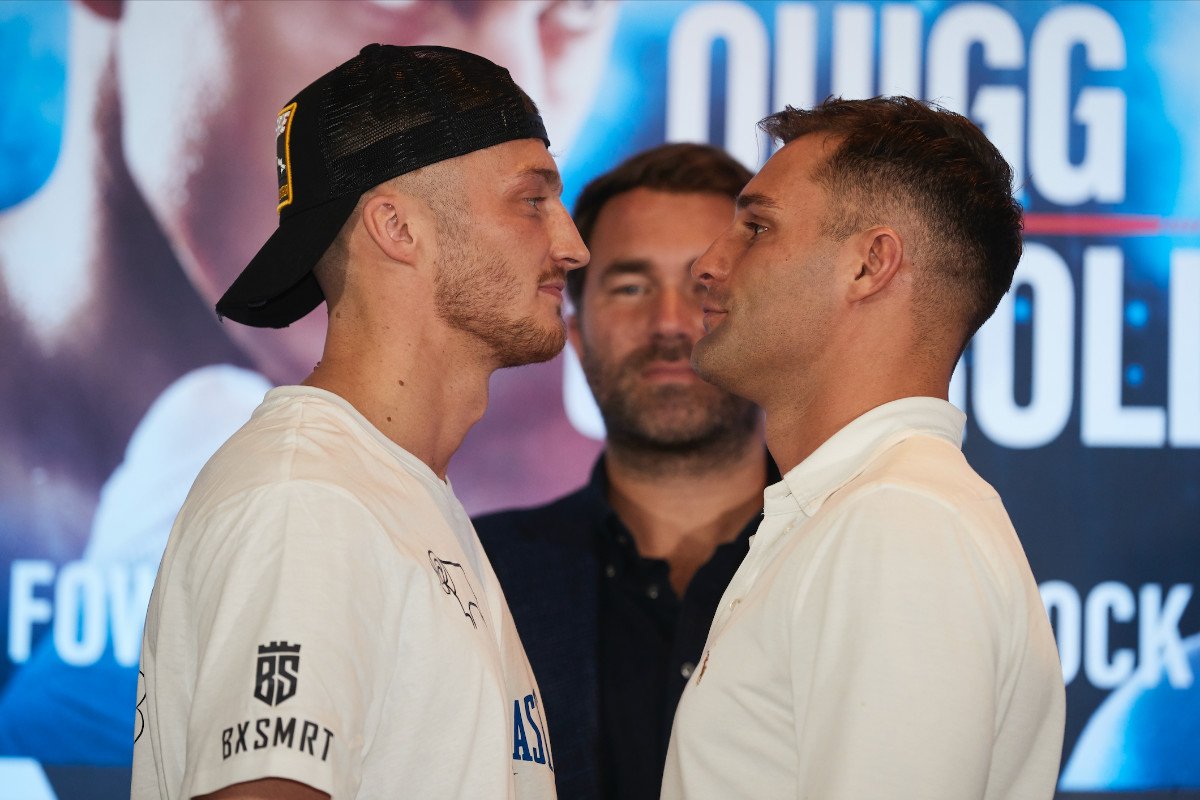 Zach Parker (18-0, 12 KOs) and Rohan Murdock (24-1, 17 KOs) made weight today as the WBO No.1 and WBO No.2 ranked super middleweights clash tomorrow night at the Manchester Arena, live on Sky Sports and DAZN.

Parker and Murdock both face their toughest career tests as they battle it out for the WBO International title and a chance to challenge the reigning WBO World Super Middleweight Champion Billy Joe Saunders.

PARKER AND MURDOCK MAKE WEIGHT AHEAD OF SUPER MIDDLEWEIGHT CLASH

WBO No.2 ranked contender Zach Parker (18-0, 12 KOs) came face to face with No.1 ranked Rohan Murdock (24-1, 17 KOs) for the first time at today’s press conference ahead of their super-middleweight clash on Saturday, March 7th at the Manchester Arena, live on Sky Sports and DAZN.

The Mercure Manchester Piccadilly Hotel played host to the final press conference where the undefeated former British Champion Parker was in high spirits speaking to the assembled media as he prepares for the biggest fight of his career.

“I’d like to thank Team Sauerland, Matchroom and Sky Sports for putting on the fight,” said Parker. “I’m ready for Saturday night and I’m going to put on a show for everyone. This is number 1 and number 2 going at it and the winner hopefully get’s the world title shot. That’s what I’m in boxing for, the big nights!”

Australia’s Rohan Murdock has previously held the WBO Oriental Super Middleweight title and hopes that a successful UK debut will propel him towards a World title shot.

“This is a huge fight and I look forward to putting myself on the level where I belong,” said the Queensland native. “I expect he’s going to come out boxing but I’m sticking to my game plan and I’m confident I’ll come out with the win.”

Nisse Sauerland, Parker’s promoter, is confident his fighter will once again put on a show at the Manchester Arena, having won with a second-round KO over Adasat Rodriguez when he last fought at the arena in 2018.

“This matchup promises to be the fight of the night and everyone watching in the arena and on Sky and DAZN is in for a treat!”

Eddie Hearn, President of Matchroom, said: “Zach Parker has looked like one of the best UK prospects for a long time; This is a great 50/50 fight and a huge opportunity for both men to step up and land a World title shot.”

Parker vs. Murdock is part of a huge night of action in Manchester.