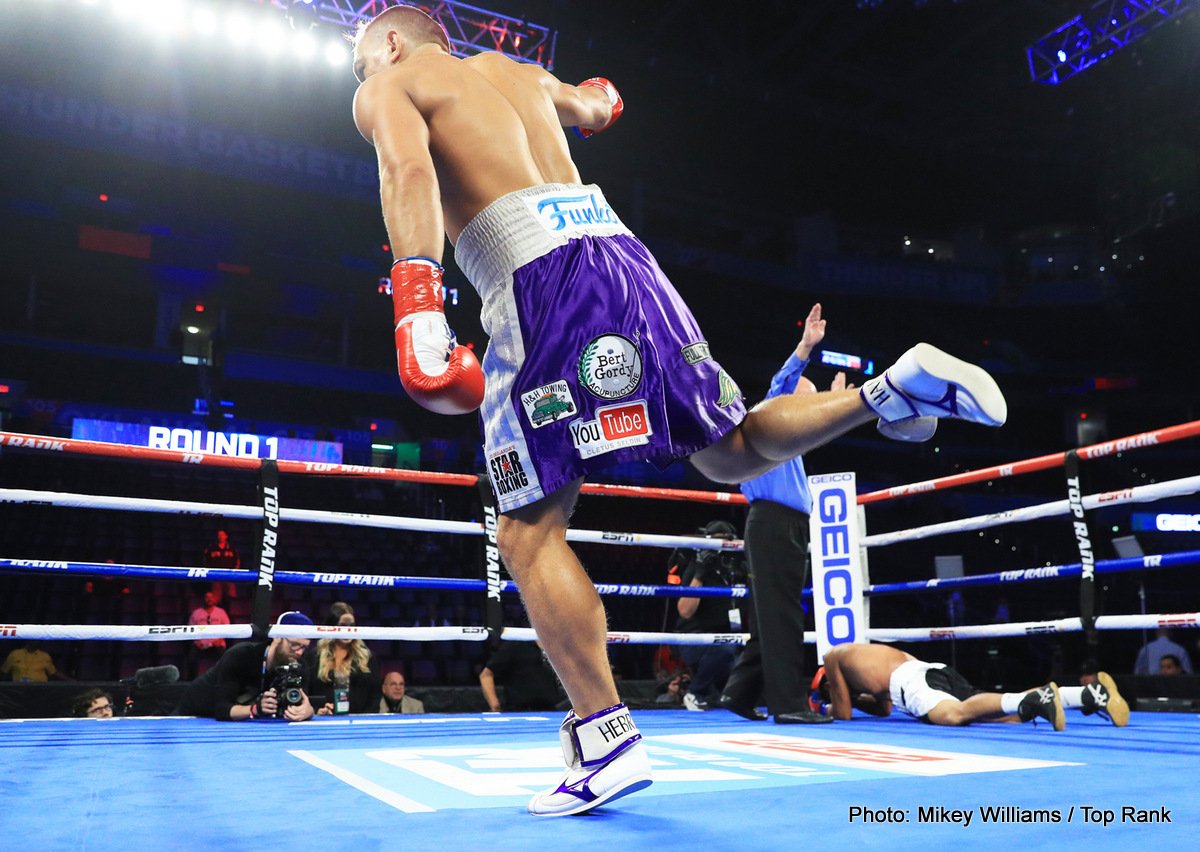 In the main event, 6-time world champion ZAB “SUPER” JUDAH (44-9 30KO’s) is set to take on New York knockout artist, CLETUS “THE HEBREW HAMMER” SELDIN (23-1 19KO’s), in a bout that has the boxing world ready for fireworks. Star Boxing is pleased to announce that both New York born fighters will be taking their shot at the NABA Super Lightweight Title in a 12-round bout. Judah enters this fight as a winner of his last two, by TKO and unanimous decision, respectively. Judah’s illustrious career includes an opponent list of elite boxing talent. With his eyes now set on a victory on June 7th, Judah hopes that it will lead to a super lightweight world title challenge in the near future. Opposing Judah is New York, Jewish pugilist, Cletus Seldin, who has been feared as one of the hardest punching Super Lightweight fighters. Seldin was one of the hottest prospects in NY and in 2017 he became the third ever fighter to make back-to-back featured appearances on HBO, alongside Hall of Famers, ROY JONES JR. and MIKE TYSON. Seldin knows the kind of benefits that will come if he can add a victory against an elite, world known fighter like Judah, on June 7th.

Star Boxing is also pleased to announce that the co-feature bout, between undefeated Frenchman, DAVID PAPOT (22-0 3KO’s), currently rated #8 by the WBA and veteran JAMES “BUDDY” McGIRT JR. (27-3-1 14KO’s), will be for the vacant WBA Intercontinental and WBO International Middleweight Titles. A win for either fighter will be a major step towards a future world title challenge. Papot, the current French Super Welterweight Champion, will be making his United States debut, against the veteran McGirt Jr., who will be fighting in front of his father, JAMES “BUDDY” MCGIRT, as he will be inducted into the International Boxing Hall of Fame on the same weekend.

Star Boxing and Upstate New York’s premier destination for legendary boxing are planning an explosive event for Friday, June 7 as part of the 30th Anniversary of Boxing Hall of Fame Weekend. In the co-main event, James McGirt Jr. will have added pressure for a victory to honor his father James McGirt Sr. being inducted into the Boxing Hall of Fame the same weekend. Boxing fans will also have an opportunity to socialize with Boxing Hall of Fame VIPs and inductees during Friday night’s title fight at Turning Stone.

Boxing fans will also have an opportunity to mingle with some of the biggest names in boxing, including boxing VIPs and Hall of Famers. Turning Stone will offer a unique boxing fan experience for guests who purchase tickets for the June 7thJudah vs. Seldin fight. For $50 (plus the purchase of a ticket), guests will receive access to the Boxing Hall of Fame Lounge, where boxing VIPs will be socializing throughout the night.

June 7th’s main event features, Zab “Super” Judah (Brooklyn, NY), a six-time world champion, and the last undisputed welterweight champion of the world. The three-time New York Golden Glove champion made his professional debut at the age of 18, later holding world titles in three weight classes, capped off by his undisputed welterweight reign. Judah has defeated some of the most notable names in the business, including, Micky Ward, Lucas Matthysse and Cory Spinks (Undisputed Welterweight Title), and fought many other top fighters including Floyd Mayweather, Amir Khan, Danny Garcia and Miguel Cotto .

Opposing the six-time and former undisputed champion will be New York’s feared knockout artist, Cletus “The Hebrew Hammer” Seldin (Shirley, NY). Born from a tough line of Jewish-Americans, Seldin won the Ringside Amateur World Championship in 2009. As a professional, Seldin created buzz throughout New York as a knockout artist packing the Paramount with his “Hamma Head” fans. He broke on to the national scene when he devoured Roberto Ortiz at the Nassau Coliseum in a featured HBO fight. One month later, Seldin became the first boxer alongside Hall of Fame world champions, Mike Tyson and Roy Jones Jr. to fight in featured fights on back to back months on HBO. 83 percent of Seldin’s wins have come via knockout.

The veteran craftsmanship of former undisputed champion Judah, will have to weather the storm of the heavy-handed New York brawler in Seldin. On the biggest weekend in boxing, with many Hall of Famer’s in attendance, #JudahSeldin is bound to set off fireworks at Turning Stone on June 7th.

In the co-feature bout, James “Buddy” McGirt Jr. (Vero Beach, FL) will look to tip his hat to his father, James McGirt Sr. who is being inducted into the International Boxing Hall of Fame during the same weekend, when he takes on tough Frenchman David Papot (Saint-Nazaire, France). McGirt compiled an impressive amateur record of 44-4 winning the Sunshine State Games and the Southeastern Regional. As a professional McGirt has also found success and has faced some well-regarded fighters in his division, including, Carlos De Leon Jr., Edwin Rodriguez, and Raymond Joval. His opponent, undefeated Frenchman David Papot is taking the trip across the Atlantic Ocean with intentions of ruining the McGirt family weekend. Papot had 102 amateur bouts, 30 of which were with the French National team, earning French National Champion honors two times. In 2017 Papot earned the WBA Continental Middleweight Title, and later that year became the French National Super Welterweight Champion, having since defended the title three times.

Golden fighter lineage will be on full display in this co-feature bout. McGirt Jr. intends to cap off an already prolific day for the McGirt family with a victory at Turning Stone, while David Papot plans to play spoiler, and take another step towards a world title challenge.

Turning Stone will be announcing additional events for Boxing Hall of Fame Weekend shortly. For more information about events that have already been announced, visit here.