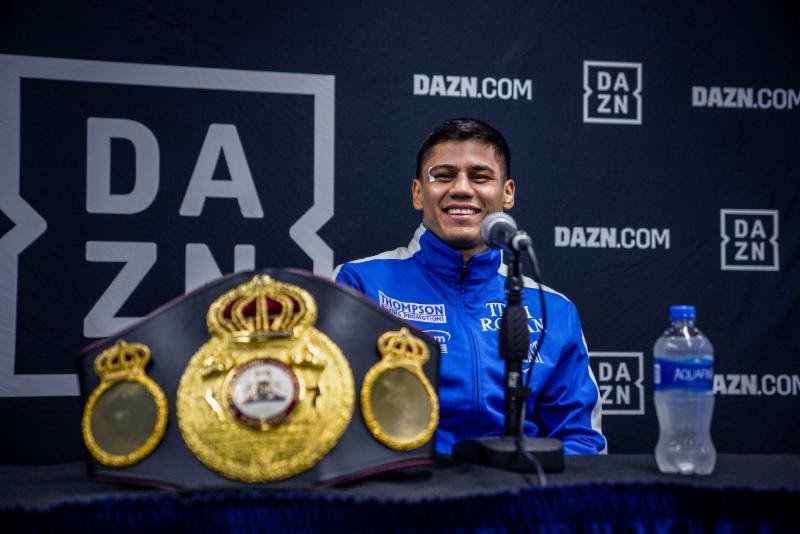 Additionally, featherweight Erick Ituarte entered the ranks of contender status with his No. 5 position in the WBO rankings. Meanwhile, undefeated bantamweight prospect Saul Sanchez firmly established himself as a rising talent in one of boxing’s most fast-paced divisions.

After his points win against Matsumoto in Tokyo, Roman, a Los Angeles native, returned stateside in June for a scrap against No. 1 challenger Moises Flores. Roman, fighting from the NFL’s Dallas Cowboys posh training facility in Frisco, Tex., outclassed the overmatched Flores to the tune of a unanimous decision and eyed a unification fight for his next outing.

That opportunity never surfaced, but in October, Roman climbed the ropes a third time to knockout Englishman Gavin McDonnell in the tenth round from the Wintrust Arena in Chicago. The fight was streamed live on DAZN, the streaming service giant that made its U.S. debut in the fall.

Roman is promoted by Thompson Boxing and Matchroom Boxing.

Villa (14-0, 5 KOs) and Dutchover (12-0, 9 KOs) both celebrated their twenty-first birthdays in 2018. While young, both took major strides in their development. Villa scored five wins, one of which netted him the vacant WBO Youth title. The southpaw began headlining shows this year – two coming from his hometown of Salinas, Calif.

For Dutchover, the fan-friendly power puncher from Midland, Tex., brought five wins in 2018 to his resume with the last four coming by way of knockout.

Dutchover’s most emphatic win to date came during a headlining event on July 20, 2018. Dutchover captivated a sold-out crowd with an electrifying one-punch knockout of Sergio Ramirez from the Doubletree Hotel in Ontario, Calif. The close out punch, a right hand on Ramirez’s chin, occurred at the :43 mark of the second.

Villa and Dutchover are promoted by Thompson Boxing and Banner Promotions.

Ituarte (20-1-1, 3 KOs), 24, a professional since 2011, arrived on the national scene this year with his top five ranking in the WBO standings. The featherweight from Los Angeles is a hard-nosed competitor with championship aspirations for 2019.

Sanchez (11-0, 6 KOs), 21, is developing into a future threat in the bantamweight division as evidenced by his fast start and burgeoning skill set. The Los Angeles native has all the tools to make a name for himself in the lower weight classes.

Thompson Boxing will release its 2019 schedule in the next few weeks.