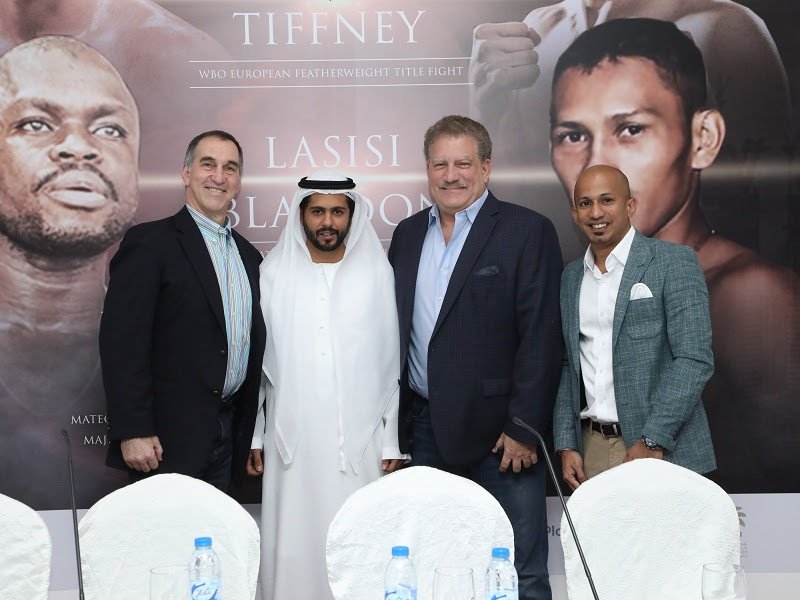 The Round 10 Boxing Club and MTK Global show – featuring two major title fights and broadcast live on ESPN+ and iFL TV – will take place in front of a packed house; much to the delight of organisers.

MTK Global President Bob Yalen told iFL TV: “This is unchartered territory in effect. There’s such potential. You plant a seed and you hopefully watch it grow.

“There are terrific venues here and you’ll see that the backdrop for Friday night is phenomenal. We hope the crowd enjoys it.

“If boxing takes, it’s a huge area of untapped potential – not just in terms of the fighters but in terms of various venues. You take your shot and you see what happens. We think this is the right shot!”

Top Rank Chief Operating Officer Bradley Jacobs added: “I think it’s terrific. We have a lot of experience about being in new territories. Bob and I started shows in Macau in China and we had no idea what it was going to be.

“It turned out, we wound up going to Macau and doing two Manny Pacquiao fights with 15,000 people in the arena at 8am! We expect no different here. This is a market that’s going to grow and I think grow quickly.”

Yalen said: “This is an important weekend for boxing in Dubai and for the entire region. This region has the potential to be the next breakout region for boxing, and we’re well positioned to represent the region and bring it to the forefront of boxing in the foreseeable future.

“We have a great fight card this weekend in a great venue. I’ve been in boxing and TV for 40 years now and have seen some beautiful things, and this has the chance to be right near the top. It should be a spectacular event.

“We’re all lucky to be associated with this, and we appreciate the efforts by Round 10 inw aht they’ve done not just for the event on Friday, but for boxing in the region. We’re looking forward to moving forward with them, and Friday is the first event in a long relationship.

“We’ve partnered with Top Rank and ESPN for a number of events over the next couple of years, and the event on ESPN+ on Friday has the potential for a worldwide audience. ESPN are the most powerful network in the world, and Top Rank is the premiere promoter of boxing worldwide.”

Top Rank COO Brad Jacobs is also delighted with the event, and is pleased that American audiences will get the chance to watch it on ESPN+.

Jacobs added: “We’re so happy to be here and thrilled to partner with MTK Global. Their tremendous roster of talent is second to none, and that’s proven by us being able to be here and with the event being televised live in the USA on ESPN+.

“This will be the first show of many over the course of several years, and we want to thank everyone involved. We’re looking forward to a terrific production and some great title fights, not only on Friday but moving forward throughout our continued relationship.”