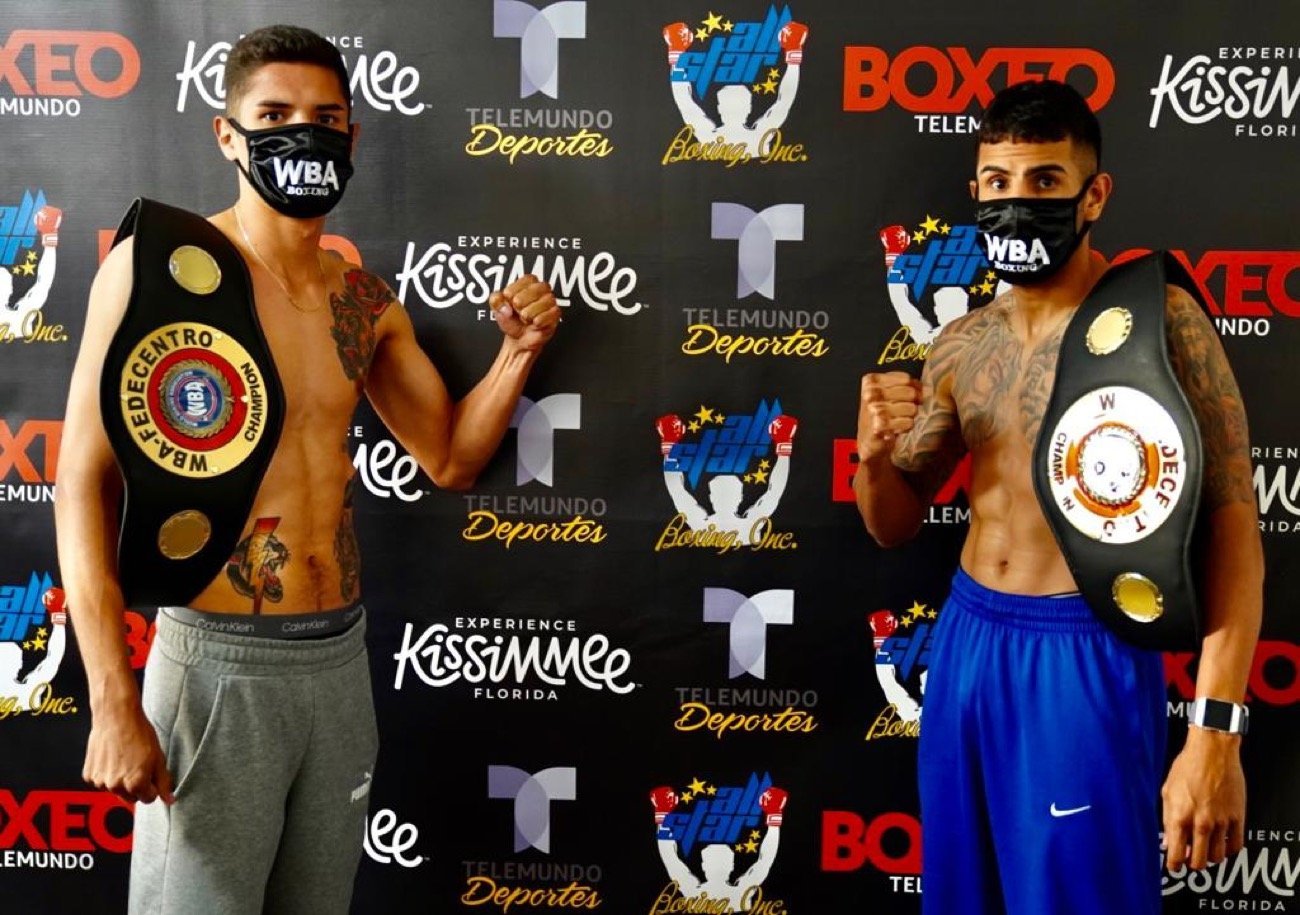 18-Year-Old Phenom Xander Zayas, (5-0, 4 KOs) of Davie, FL and Pro Debuting Aaron Aponte of Hialeah Gardens, FL will see action on Friday, October 16, 2020 at the Osceola Heritage Park in Kissimmee, FL in featured bouts on the All-Star Boxing event telecast on Boxeo Telemundo (12:00 a.m. ET/9:00 p.m. PT) (The event will be held without fans on-site due to current state restrictions.) Welterweight Zayas and Junior Welterweight Aponte, managed by Peter Kahn’s Fight Game Advisors will both compete in scheduled four round bouts against opponents to be announced shortly.

The heralded Zayas is returning to Kissimmee, FL following his sensational first round knockout of Orlando Salgado on September 4, 2020, the night before his 18th birthday.

Said the Top Rank promoted Zayas, “I’ve been training since right after my last fight and can’t wait to return to the ring on October 16 to put on another great show.”

“I’ve waited for a long time to turn professional and I’m thrilled to fight on October 16,” said Aponte. “Big thanks to my family, my manager Peter Kahn and to Top Rank for their high level of interest in me.”

Said manager Peter Kahn, “The sky truly is the limit for Xander following his 18th birthday. His extraordinary growth as a fighter is matched by the wealth of international interest from fans and media. The entire team along with Top Rank is very excited for his future.” Zayas is trained by Javiel Centeno at the Sweatbox Boxing Gym in Davie, FL.

Continued Kahn, “Also, Top Rank is putting Aaron Aponte on the All-Star Boxing card for his highly anticipated pro debut in order to take a ‘look see’ approach as Carl Moretti, Vice President of Boxing Operations for Top Rank expressed. Top Rank has multiple options on Aponte that would carry him through the next year. The pandemic created challenges for the major promoters and while it looks like business as usual, there is a certain amount of uncertainty still, so Aaron and the team are very encouraged with the current scenario and grateful to begin his professional career.”

One of the most talked about amateurs in recent years, the 19-year-old Aponte compiled a record of 98-18 in the unpaid ranks. He is trained by his father Reniel Aponte at the KO Fitness Gym in Hialeah Gardens, FL.