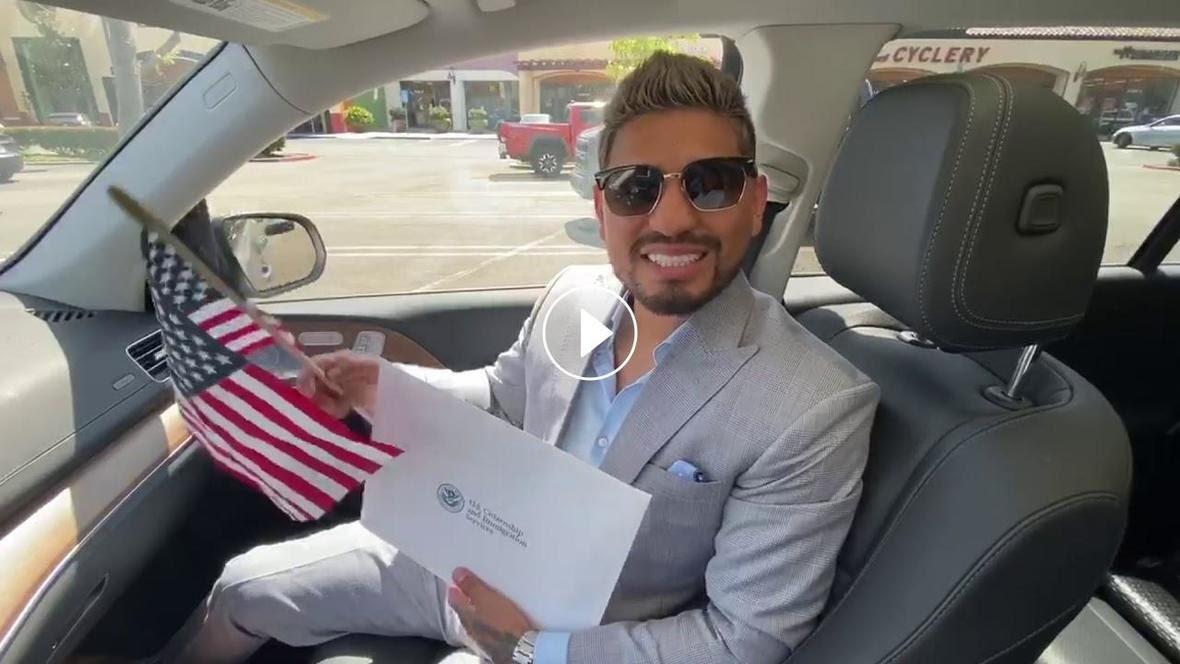 Abner Mares, the former four-time, three-division World Boxing Champion, was sworn in as a U.S. Citizen yesterday in a Naturalization ceremony in Los Angeles. Due to COVID-19, Abner’s naturalization ceremony was moved to a drive-thru swearing-in process, keeping all of the new citizens safe.

“I’m so happy to be a U.S. Citizen, it’s a dream come true,” said Mares. “I came here without papers at age seven and have always considered myself a citizen of both the United States and Mexico. Having been here for over 20 years, it’s an honor to officially be part of this great country as a citizen. My heart is bursting with pride, and I look forward to registering to vote, and voting this November.”

One of the sports world’s most admired and revered athletes, Abner inspires fans across the globe with his transparent, aspirational nature and community-driven mindset.

In January 2019, Abner suffered a detached retina during the last week of his training for his scheduled Super Featherweight title fight against Gervonta “Tank” Davis. He withdrew from the fight due to his injury and shared his emergency retina reattachment surgery. Showing that elite athletes suffer debilitating, temporary injuries, almost a million fans supported his recovery journey throughout 2019. Abner’s significant and organic presence on social media, and his T.V. work on FOX Sports, FS1 and Telemundo, helped bring his fans closer to him and his health struggles.

Fully cleared to train and fight, Abner now looks to spring to re-enter the ring and pursue a fifth world title, and he continues to share his journey with the fans in an inspirational way.

Born in Guadalajara, MX, raised in Mexico and the United States, his parents worked multiple jobs to provide for their 11 children. Abner’s story of his family’s struggles both in Mexico and the U.S. has been widely documented in the media, as he came to the U.S. at seven years old, immigrating to the U.S. via Tijuana. The journey and challenges he and his family faced as new immigrants, not knowing English, poor, picking bottles and cans for money and dumpster diving for food were real. He credits boxing’s core tenants of strength, focus, and dedication that changed his life. It was a sport his father introduced him to at a young age, with Abner starting his training professionally at age 12.

“Boxing has meant everything to me,” he said. “It’s allowed me the financial opportunities to rise out of poverty as a child, and through commitment and determination, I’ve set a statement for hard work and educating yourself in the sport.”