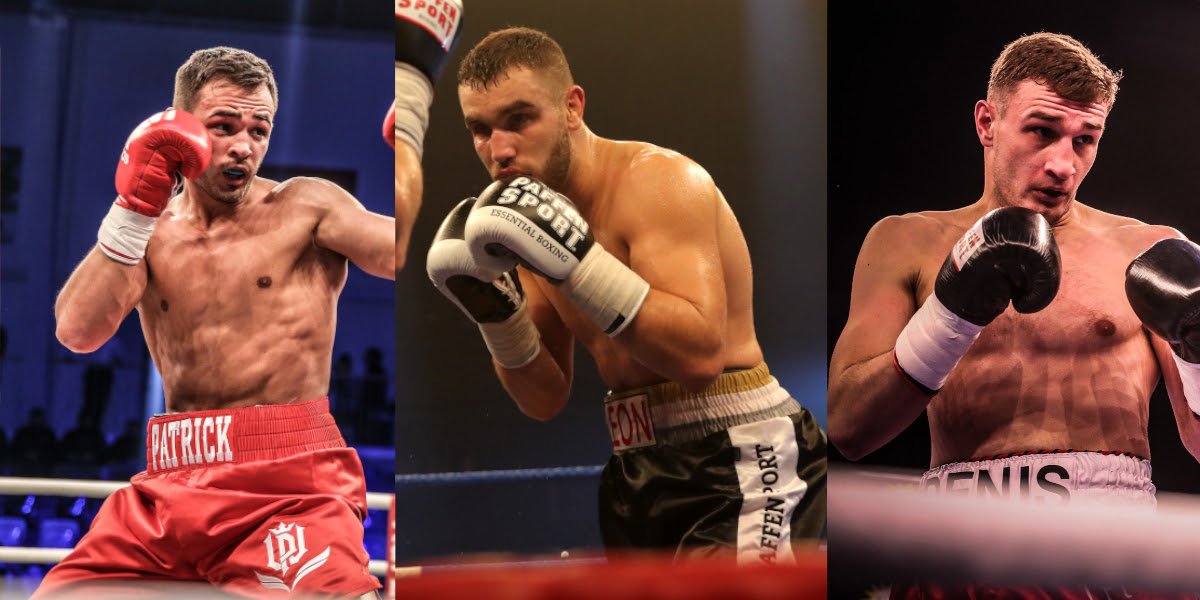 Team Sauerland and Bunn return to the CGM Arena for the second time this year following a successful show on February 16 that saw the 27-year-old Frankfurt-native claim a unanimous points win over Viktor Polyakov (13-6-1, 6 KOs).

Bunn is back in action following a career best ninth-round TKO victory over Leon Harth (18-4, 12 KOs) on May 4 in his hometown at the Fraport Arena, where he claimed his first professional honour by winning the IBF International belt.

“I am pleased to be able to box again in Koblenz,” said Bunn. “I hope my fans get behind me and support me. I’m going full throttle in my preparation to ensure I give everyone a great performance and an exciting evening of boxing.”

Also on the bill is 17-year-old sensation Sophie Alisch (4-0, 1 KO), who began life in the pro ranks at the CGM Arena on February 16 scoring an explosive first-round knockout win over Sopo Kintsurashvili. The Berlin-boxer will be looking for victory number five as she continues her promising career in Koblenz.

The show, named ‘Fighting For Future’, is a special evening that will see Team Sauerland partner with AWR Abbruch GmbH and Holefeld Promotion and the ticket revenue and money raised from the evening will be donated to three charities: Laughing Hearts, a charity that provides support and opportunities to children affected by poverty, Parents’ Initiative for Children with Cancer Koblenz, who provide support to the parents of children suffering from cancer in Koblenz and Education Unlimited, an education charity who encourage diversity and training across Europe.

“We have great memories of our last fight night in Koblenz and we look forward to returning in November,” said promoter Nisse Sauerland. “We are delighted to support these three important causes and thank AWR Abbruch GmbH and Holefeld for their ideas and commitment on the ground. Leon and Sophie will do their part to make ensure the evening is a sporting success as well!”

Tickets for the Team Sauerland event in Koblenz are on sale now and available via www.eventim.de, www.adticket.de and at all known ticket agencies. Sport 1 will broadcast the action from the CGM Arena live in Germany.

“We are delighted to extend the contracts of Patrick, Leon and Denis,” said promoter Nisse Sauerland. “Team Sauerland has a rich history of developing Germany’s best talent into World Champions. Leon, Patrick and Denis have already shown great potential and we’re excited to continue our work together.

“Being ranked sixth in the IBF rankings, Patrick is within range of a world title fight and that is the aim. Leon won his first title this year in front of thousands of his hometown fans and is now ranked eighth by the IBF. He has developed brilliantly and we are certain he will get his chance in the near future. Denis has also showcased his talent numerous times already and is undoubtedly one of Germany’s most talented boxers.”

Patrick Wojcicki, who represented Germany in the 2012 Olympics, has been signed with Team Sauerland since he turned professional in 2015. The 28-year-old currently holds the IBF Intercontinental middleweight title, a belt he most recently defended in April against Argentina’s Marcelo Fabian Caceres (18-4, 13 KOs).

“My team and I are very pleased with the contract extension and the trust placed in us,” said Wojcicki. “During our time with Team Sauerland we have already celebrated some successes. I look forward to more success in the future and my goal is to become a World Champion together with Team Sauerland.”

Undefeated Frankfurt native Leon Bunn has been fighting with Team Sauerland since his debut in 2016. Bunn, who trains in Berlin with esteemed coach Ulli Wegner, most recently became the IBF International light heavyweight champion with a TKO victory over Leon Harth (18-4, 12 KOs).

“I’m delighted to extend my contract,” said Leon Bunn. “We are very happy with how everything’s gone so far. I won my first title this year and I’m looking forward to what the next months and years have in store for me. My goal is to become a World Champion!”

26-year-old Denis Radovan has also signed a new long-term contract, having turned professional with Team Sauerland in 2016. Denis was most recently in action against Ronny Mittag (30-4-3, 15 KOs) where he picked up the IBF European middleweight title and is now eleventh in the IBF rankings.

“I would like to thank the Sauerland family for their cooperation and trust so far,” said Radovan. “The next years will be trend-setting and that’s why I am very happy to have such a strong partner by my side.”