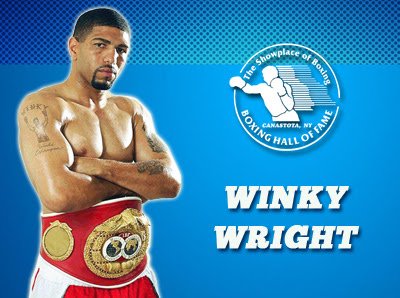 The International Boxing Hall of Fame announced today Hall of Fame light middleweight champion Winky Wright will be in Canastota for the 2020 Hall of Fame Weekend set for June 11-14th.

“Winky Wright was the definition of consistency and skill throughout his multiple reigns as world light middleweight champion. A globe-trotting champion, he displayed his slick southpaw style around the world and was considered one of the pound-for-pound stars of his era,” said Hall of Fame director Edward Brophy. “As a Hall of Famer, we are thrilled he will be in Canastota to help usher in the new class of inductees.”

An impressive list of over 35 boxing greats from the United States and abroad, including “Irish” Micky Ward, Antonio “Magic Man” Tarver, Julian “The Hawk” Jackson, Michael “Little Hands of Stone” Carbajal and Humberto “Chiquita” Gonzalez, will participate in the Hall of Fame Weekend celebration.