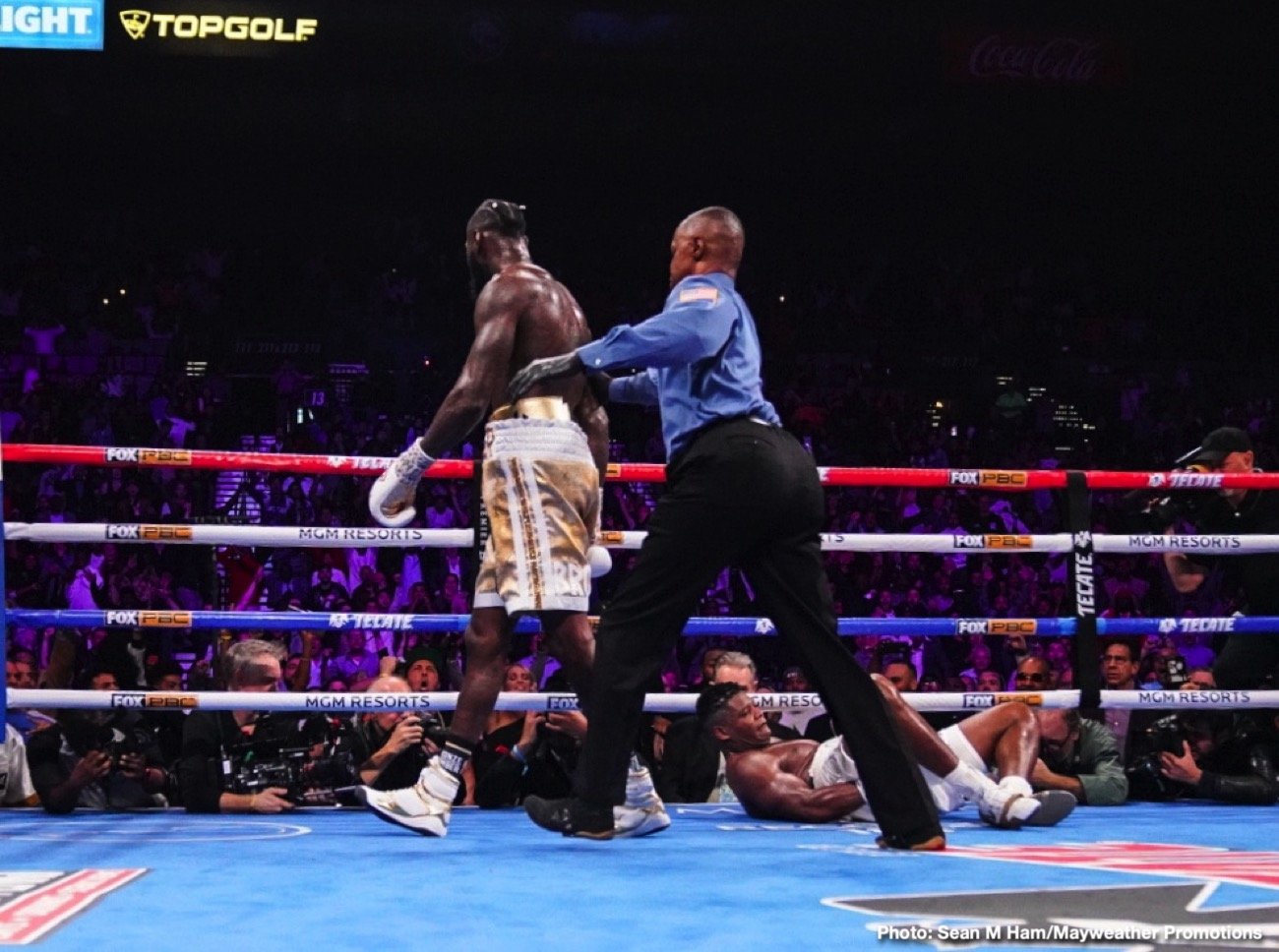 “Deontay Wilder has incredible one punch knockout power in his right hand and he showed that Saturday night in Las Vegas by stopping a crafty and strong Luis Ortiz in highlight reel fashion,” said Hall of Fame Executive Director Edward Brophy. “We are excited for fans to see the fight worn hand wraps from both heavyweights in Canastota!”

A native of Cuba,the hard punching Ortiz (31-2, 26 KOs) now lives in Miami. During his career, he has registered wins over Travis Kauffman, Tony Thompson, Bryant Jennings, Monte Barrett, Razvan Cojanu and Christian Hammer. He was the WBA interim heavyweight champion from 2015-16

In the co-featured bout, Leo “El Terremoto” Santa Cruz became a four division world champion with a unanimous 12-round decision over Miguel Flores for the vacant WBA super featherweight “super” title. The judges scored the bout 117-110, 117-110 and 115-112. Following the bout, Santa Cruz, who raised his record to 37-1-1, 19 KOs, graciously gave the hand wraps from his history making fight to the Hall.

The Wilder vs. Ortiz II bout was promoted by BombZquad Promotions, TGB Promotions and Mayweather Promotions and headlined an all-action card presented by Premier Boxing Champions. The card was televised live on FOX Sports PBC Pay Per View.