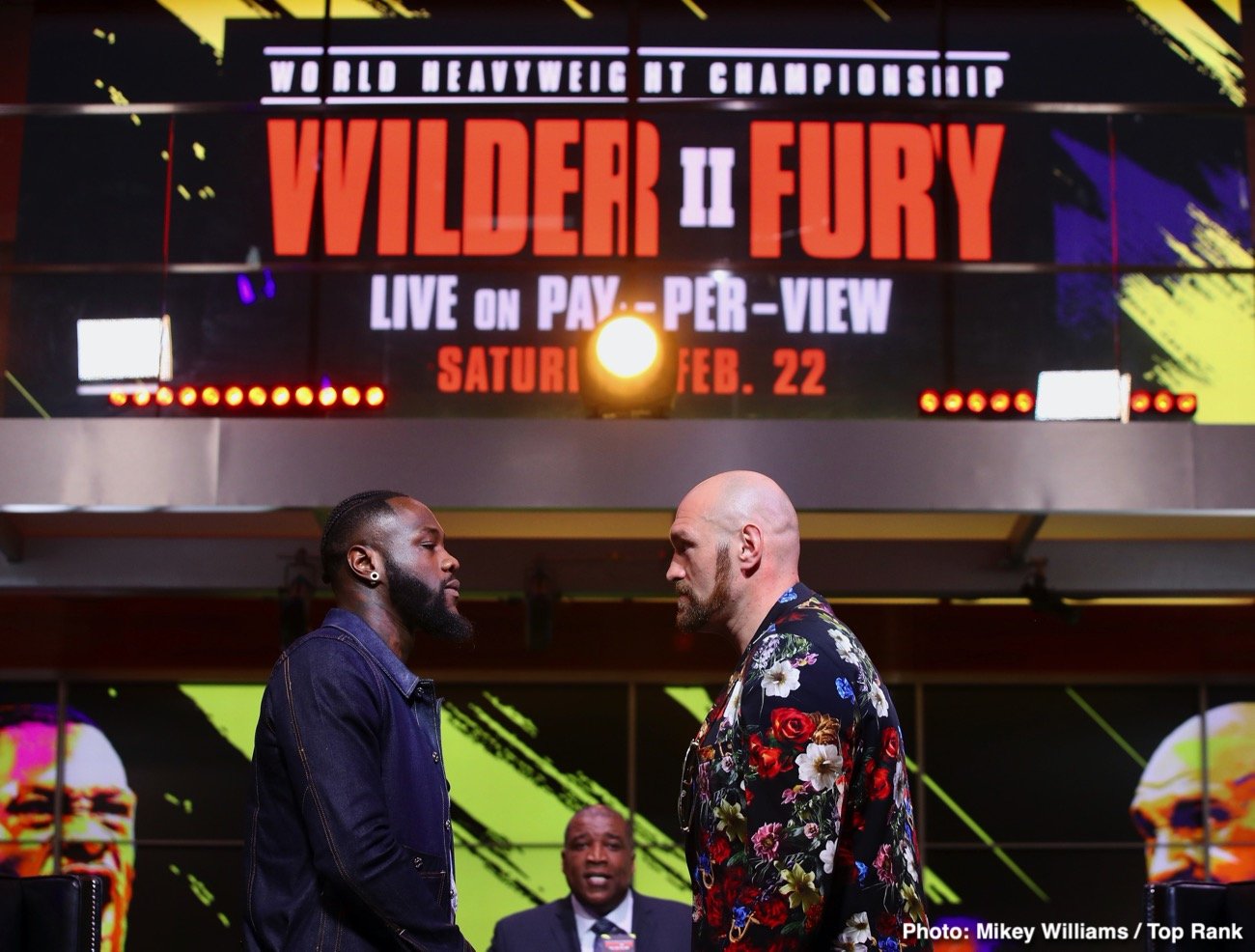 ESPN and FOX Sports’ presentation of Wilder vs. Fury II will feature unique production upgrades to bring fans closer to the ring and deliver views that enhance their experience. The production will include 35 cameras — unprecedented for an ESPN boxing production — seven super-slow-motion and six robotic cameras, a 4D camera system that allows 360 degree replays, a mini FlyCam, a JITA camera for unique shots, as well as bumper corner cameras.

Covering the historic heavyweight battle, ESPN and FOX Sports will be producing an unprecedented amount of content from numerous locations in Las Vegas starting Tuesday, Feb 18. Lead up coverage includes:

Lineal heavyweight champion Fury will be taking on WBC world heavyweight champion, Deontay Wilder, following their unforgettable first fight at the Staples Centre in 2018, which ended in a controversial draw that divided opinion amongst fans. Wilder has held his WBC belt since January 2015 and boasts a 95% knock out rate during his professional career.

Both fighters are unbeaten and have recorded two wins each since their epic first fight, which saw Fury floored in the twelfth round before returning to his feet to take the result to the judges’ cards for a draw.

Fans will be able to watch the fight exclusively live on BT Sport Box Office, with coverage starting from midnight. The event will cost £24.95 in the UK and can be watched through BT TV, Virgin TV, TalkTalk TV and Sky or online via the web or the BT Sport Box Office App:

• DAZN will broadcast the boxing rematch dubbed “Unfinished Business” between Deontay Wilder and Tyson Fury live from Las Vegas in five of its markets.
• The fight will be streamed exclusively on DAZN in Germany, Austria, Spain and Italy and non-exclusively in Switzerland.
• The winner will be crowned WBC heavyweight world champion and take home the world champion belt from the renowned Ring Magazine.

The fight, taking place at the MGM Grand in Las Vegas on 22 February, will be streamed live exclusively on DAZN in Germany, Austria, Spain and Italy, and non-exclusively in Switzerland.

Jacopo Tonoli, Chief Commercial Officer of DAZN Group, said: “We are thrilled to bring this heavyweight clash to five of our markets. Both Wilder and Fury are exceptionally entertaining fighters and will put on a show to remember for our subscribers in Las Vegas on 22 February. DAZN is proud to bring boxing fans the best fights across all weight divisions as part of our flexible and accessible offering.”.”

The last encounter between the two heavyweights saw an epic duel lasting 12 rounds, with Wilder retaining his title following a draw decision. Fury was judged by many to have edged out Wilder technically, whilst Wilder used his explosive power to knock Fury down twice. In the anticipated rematch dubbed “Unfinished Business”, the question of who the real heavyweight champion is will finally be settled.

The pair went fist to fist in December 2018, in a match that saw a split-decision draw in the first contest and Wilder walking away with the belt he has held for five years. Now, the heavyweights are battling it out in the highly anticipated rematch at the MGM Grand in Las Vegas.

From 12:00am GMT, TalkTalk TV customers can enjoy what promises to be an edge-of-the-seat night of boxing on channel 494 via BT Sport Box Office, without having to subscribe to BT Sport.

To avoid any disruption to the game, TalkTalk TV recommends that beforehand viewers:
Set a reminder to watch the big fight
Record the show on your TalkTalk TV Box (so that you can relive each jab and blow whenever you want)
And to check your internet connection to avoid any interruption of the match – although we can’t promise the referee won’t!

Preceding the Wilder v Fury II fight, Sebastian Fundora is taking on Daniel Lewis at Super-Welterweight level. Charles Marvin is battling Gerald Washington at Heavyweight level, while super-bantamweight Emanuel Navarette and Jeo Santisima are going head to head prior to the big match.

Boxing fans will be able to relive all the drama with hourly repeats of the big fight between 9am on Sunday 23rd February and 11pm on Monday 24th February, while TalkTalk’s Plus TV customers can record the fight and re-watch the heavyweights battle it out until the early hours.

TalkTalk TV customers have access to more sport than ever before, at great value and without the lengthy contracts of competitors. As well as being able to lap up all the ringside action on BoxNation, every TalkTalk TV home has access to all the live televised Premier League games and UEFA Champions League fixtures through access to BT Sport and Sky Sports. TalkTalk TV viewers can also watch international cricket, rugby, Formula One and golf majors.