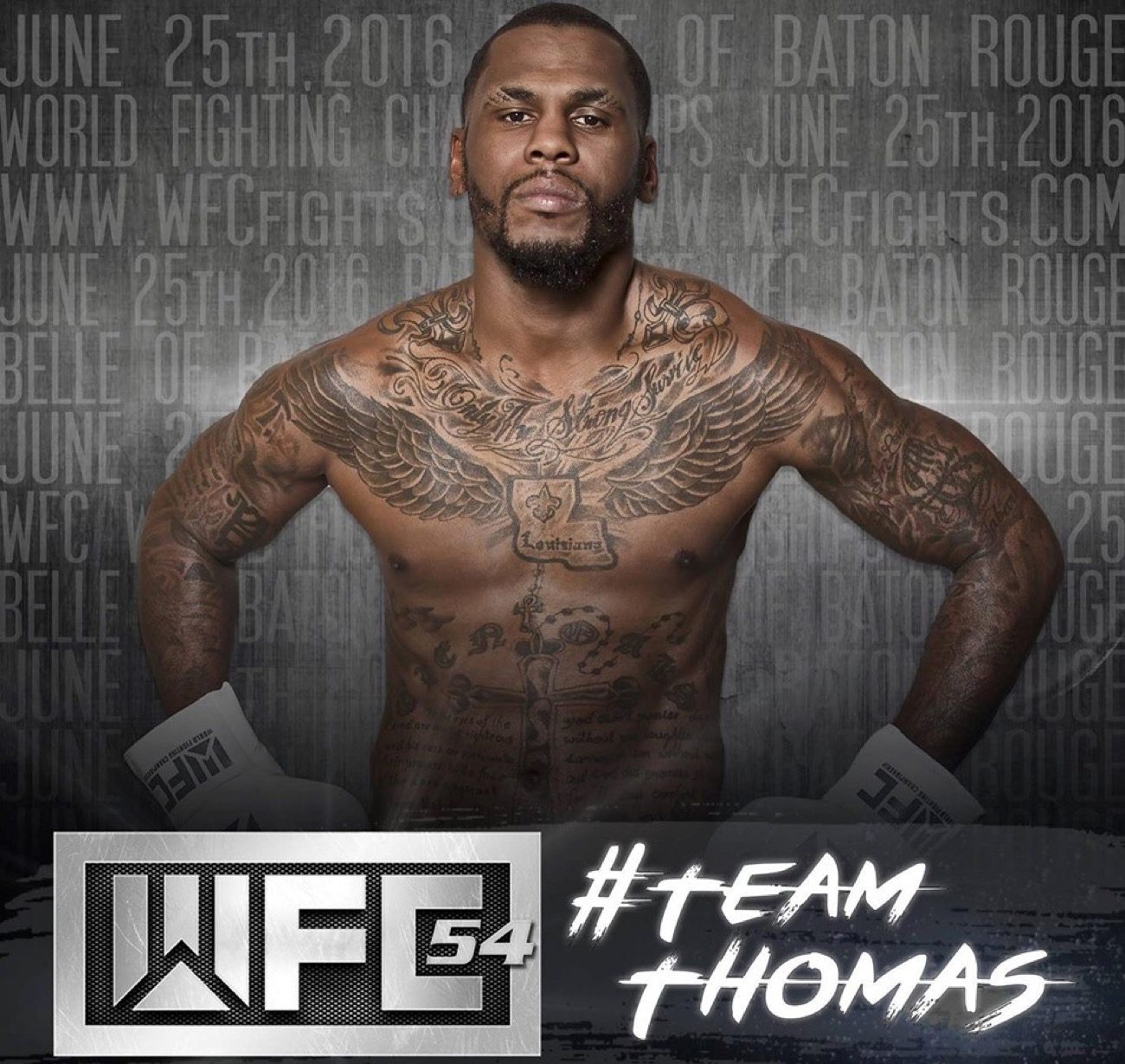 A long-time member of the World Fighting Championships family lost his life over Labor Day weekend. Justin Thomas, who fought 16 of his 21 fights at the Belle of Baton Rouge Casino with WFC, was shot leaving a bar in his hometown.

The youngest of five children, Thomas graduated from Glen Oaks High, where he played basketball, and went on to attend Southern University.

Thomas began boxing in 2004, but was in and out of trouble, and unfocused at the beginning of his career. In 2009, when he was 26 years old, he met Floyd Mayweather, Jr., who inspired him to take his dream of winning a world title seriously.

In 2010, he relocated to Houston to perfect his craft. There he amassed 55 fights, and competed in the Houston Golden Gloves.

In February 2011, Thomas’ mom was in an accident, and he returned to Baton Rouge to care for her. She had rods and screws in her leg, and the recovery process took years. During that time, Thomas continued boxing, while working at a local plant.

He was proud of having turned things around during those years. “I use the stuff that used to get me trouble to better myself,” said Thomas in 2015. “I work with troubled kids. I try to be a good influence on people. Just because you start off on the wrong foot doesn’t mean you can’t turn things around. You’re never too old to go for your dreams.”

“He was a sweet guy,” WFC founder and promoter Matt McGovern said of Thomas. “He was always welcoming, and had a big following because he was so able to connect with people.

“He really wanted to be a world champion. He worked hard, and wanted to get somewhere in the boxing business.”

At 35, Thomas was an active boxer until his death. He last fought in Elkins, West Virginia in June. Never one to turn down a tough bout, he faced Georgia prospect Eric Moon, taking him the distance before losing a decision.

“All of us at WFC will miss Justin, and our thoughts and hearts are with his family, his coaches, and his teammates,” said McGovern. “There are a lot of people in Baton Rouge, Houston and throughout the fight game that will be missing him.”

Read: Jaime Munguia Workout Photos, Quotes & Notes
Read: Carl Froch On Old Foe Andre Ward: He Only Came To England, Because He Knew I Was In Spain
Follow @boxingnews24