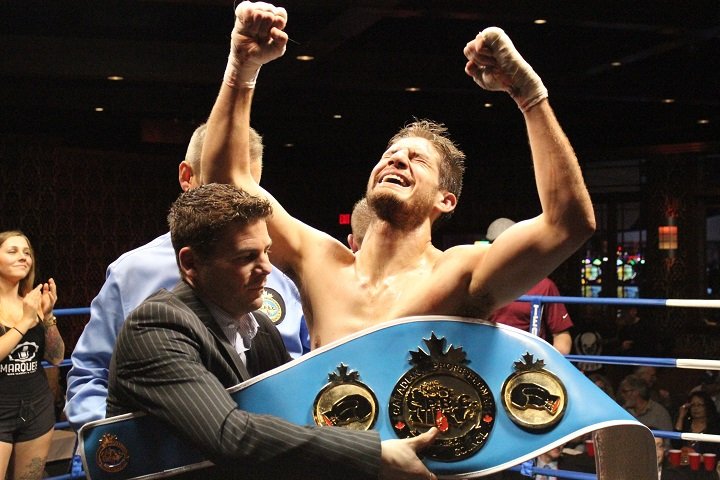 The buzz is growing in the Central Interior of British Columbia as the boxing pride of Williams Lake is set to return home June 2nd. Stuart ‘The West Coast Warlord’ McLellan will headline an electric night of boxing as Eric de Guzman’s Teofista Boxing Series rolls into town with a card full of fistic action at the Cariboo Memorial Recreation Complex.

McLellan is a former Canadian title winner and a consummate road warrior, fighting the majority of his career all across the nation taking on tough fighters in their own backyard. With a record of 22-2-3 (8 KOs) the Williams Lake product has picked up big victories through several weight divisions including a 2016 victory over Janks Trotter to secure the C.P.B.C. junior middleweight crown. McLellan also holds a win over highly touted Quebec star Francis Lafreniere from 2013.

The headlining main event against an opponent to be named soon will mark McLellan’s first time fighting in his hometown since 2009.

The card will also mark the pro debut of Williams Lake’s highly touted Harley Mulvahill, a Golden Glove winner and long time amateur standout. Mulvahill has been a fierce amateur contender in the 165 lb. 75 kg division with over 30 fights on his ledger.

Another local boy slated to see action is big punching Kamloops based cruiserweight Ken Huber. The 34 year old started his career with two wins in 2016 but dropped his next two fights including a close majority decision to Klan Heidari in 2017. Known for his all-action style, Huber is sure to bring a loud contingent of supporters come fight night.

The evening will begin with an exciting Amateur opener as Teofista Boxing will pit a thrilling array of local B.C. and Alberta fighters against one another to get the night going. Names and details to be announced soon.

Ticket information is available by visiting Teofista.com, calling 403-681-0094 or locally at the Williams Lake Boxing Club. This card is sure to be a hot item, so get your tickets now!