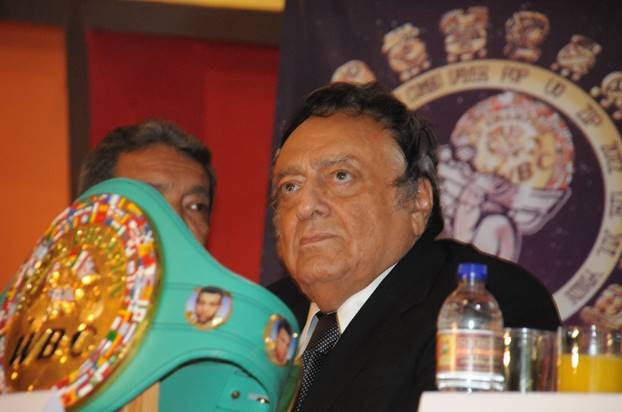 It is a reality that today, violence is an integral part of young people’s lives.

The common thing is to find violence in any recreational activity. Video games are full of it, shots, snipers, blood gushing, splashing, and dripping everywhere. Movies and television series are another immediate means to satisfy that bloodlust thirst for caged aggressiveness in society, and how about the news? Just turn the tv on, and it is all violence.

Sports also suffer from this phenomenon. I remember how the NHL, the hockey league of the United States, had to modify its rules so that the television audience and the fans in the arenas would return to that sport. The NHL had set very strict rules against fighting between players. Eventually, the pressure from television and the teams themselves led them to modify the regulations and fight between them again. Blood and violence came back, and that’s how the fans and television ratings returned with relish.

How about how social media explode when there is a fight in a baseball game or on the soccer field? We all see that violent content and immediately share it in our chat with our contacts.

This is what two boxers look like who just fought 110 rounds! Yes, you read 110 rounds correctly (7 hours, 19 minutes fighting!)

It was April 6, 1893, Andy Browen and Jack Burke. The fight ended in No-Contest because at the round 111 call, the two exhausted and touched boxers could not get up from the stool to resume the fight.
This is, of course, the longest boxing fight in history!

Violence is a big business.

Boxing is the only sport that has dramatically evolved and changed its basic structure. What we see inside a ring today is dramatically different from what boxing was in its early days.

Our sport was born in England. It was a barbaric, cruel activity, and many lives were lost over many decades. There were no limits to anything; fights were scheduled for an unlimited number of rounds, human resistance was put to the limit, and many fights ended when one of the contestants collapsed or died right there.

The fighters fought with bare knuckles, as there were no gloves, so the damage that the blows generated, sustained, and suffered was dramatic. The referees were there only responsible for supervising that there were no fouls nor traps, but in no way were there to protect the boxer.

Eventually, the British sporting authorities began to regulate the sport. The first boxing rules were created, and soon after, the Marquess of Queensberry rules were born. And by the beginning of the 20th century, there were a series of basic rules, no biting, usage of small gloves, duration of rounds, etc. This continued for many more decades until the World Boxing Council arrived with the firm conviction of changing the fundamentals of the sport and have as the only priority the protection of the boxer.

Thus, over the years, the WBC has changed and evolved boxing to be a great sport today. Mandatory medical examinations were instituted, and multiple medical studies have been carried out to change the rules with these data constantly.

The equipment has changed radically, as today’s gloves are manufactured with state-of-the-art technology and with materials studied to reduce the impact of blows. The bandaging is a process that has almost eliminated the injuries of the fists, which was once very commonplace, the high technology protector mouthpiece reduces the impact of blows received. The ring also has specific regulations to maximize the protection of the fighters. The canvas and its cushioning, the ropes, the stairs, and all the safety protocols around what happens inside and outside the ring.

The most important rule in boxing history was the change in the number of rounds for championship fights. It was reduced from 15 to 12 rounds in 1983 under the firm decision of Jose Sulaiman after receiving solid and indisputable data from UCLA.

This rule modification has saved many lives, and the quality of life for boxers after retirement is evident. The pressure that was generated at that time was tremendous. Television lost the most expensive three minutes because the commercials in the minutes of rest at the end of the fight were the most expensive, and the fans were deprived of being able to see the drama, which happened in those last 9 minutes of action.

The world boxing community demanded the return to 15 rounds, even the boxers themselves claimed that they were gladiators and would fight to the death.

That is precisely the stark reality. The boxer is willing to fight under any condition to get ahead in life, 15, 20, or 50 rounds, with gloves or without gloves, kicks, and bites; The boxer is a warrior is a gladiator and will fight under any condition. It is the obligation of the sanctioning bodies to impose the rules and conditions so that the sport is developed with the maximum protection to the athlete.
The World Boxing Council will never compromise the fighter’s integrity and will continue to seek rules to continue making the sport even safer.

It is a shame that after this process of decades with clear results, we still see that some parts of the world allow fighting that goes against everything that has been done to take care of the athlete. Now there is a concept called “Bare Knuckle Fighting” or bare fist fighting. Incredibly, some authorities license the organizers and allow these events to take place. An event was recently held in Kansas, and they have occurred in many parts, including an event in Cancun last year. People are willing to do anything to earn a dollar, regardless of the consequences to others’ lives.

The World Boxing Council will fight head-on any activity that puts athletes at risk. No WBC member may participate in any such activity as per The WBC’s Code of Ethics.

Did you know?
Victor Rabanales, a 2-time WBC world champion, was cheated as he was invited to participate in a fight of this type in Japan. When he arrived at the arena, he was informed that it would be a fight “without rules.” Rabanales, having economic needs and being a warrior, accepted. He entered the cage, and in a matter of seconds, he was on the ground, a subject on a lock that led him to surrender.

Today’s Trivia – A few years ago, mixed martial arts became extremely popular in some regions of the world. This generated great concern for Don Jose due to the aforementioned. One day I asked him about the changes in boxing that he promoted and the difference with other sports that, on the contrary, generated extreme violence.

“My son, boxing is the art of self-defense, it is a sport of great honor, and it is the opportunity for thousands of young people around the world to become someone in life. We cannot control what others do, and the only thing we can do is go our way. Some are opportunists; some jump in the bandwagon and put aside their values and principles. They may make money, but one day everything will be clear, and boxing will forever continue to be the sport of excellence.”