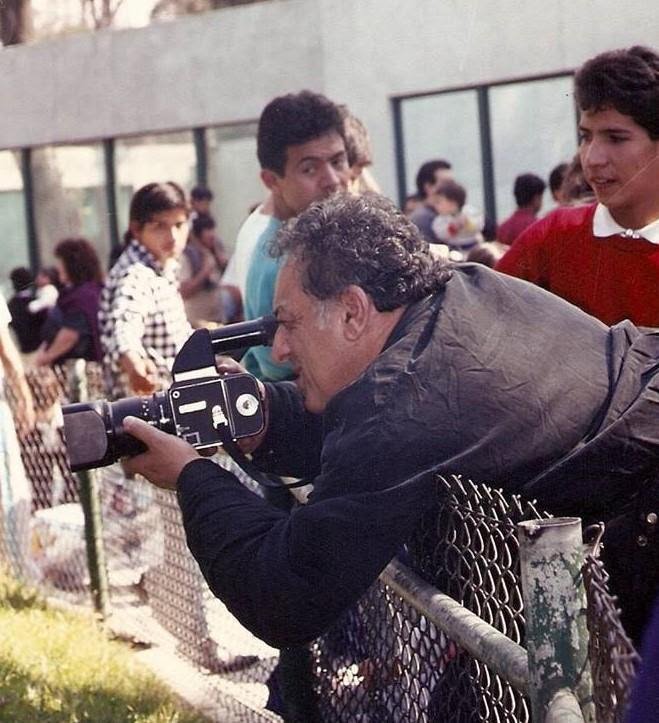 By Mauricio Sulaimán / WBC President – Son of José Sulaimán: I write this column thinking about everything my dad meant to me in my life. Just a few days ago, we would have been celebrating his 89th birthday.

I received countless messages from so many dear friends from different countries throughout the world about our Don José.

It is something that cannot be adequately described in words. More than six years after his death, he is still remembered. For this reason, I consider it more than appropriate to dedicate my column to him.

DESTINY – My dad always told us how destiny guided the steps of his life. My grandfather, Don Elías, embarked on a wrong ship in Lebanon when he began his journey to America, and instead of arriving in Boston, he made it to the port of Veracruz in Mexico.

On his mother’s side, they left Syria, my grandmother, Doña Wasila, who was in the womb of our great-grandmother. They had to be quarantined in Italy; the ship sailed without them, and it sank on the way to the United States.

My father, living in Victoria, Mexico, married with three kids and Fernando already on the way, found extreme difficulties when family medical emergencies, and a very unfortunate betrayal from a dear uncle, left my father in a very complicated economic crisis.

Fate once again played a hand. His brother, my uncle Héctor, known to everyone as Toy, worked at Mancera, Ernst & Young, a prestigious firm of administrative auditors. He received correspondence on his desk that was for someone else, it was a request from an American company, Graphic Controls, to find a general manager to establish operations in Mexico.

Uncle Toy forwarded such an application to my father to be considered as a candidate, and eventually, he was hired. Thus, the enterprise was established that is still thriving today – our factory and family business: Controles Graficos Mexico.

This is how my parents came to Mexico City. They settled in the Lindavista neighborhood. This happened in 1963. Once again, fate was present, because in those days the WBC was created, and my father, being passionate about sport, joined as a member.

One day, close to home, my brother Pepe discovered baseball fields in the Miguel Alemán Park.

A man invited him to play, and a curveball closed his eye. Upon arriving home, the surprise was to see him proud, regardless of the blow he had received. That weekend my dad took everyone to the League, where he immediately enrolled Pepe, Héctor, and Fernando.

From that day on, the life of the Sulaimán family revolved around baseball, The King of Sports.

Don José became president of the League, my mom managed the dining cafeteria. The great memories of our childhood are always associated with baseball, and today, the great and numerous majority of our friends are those we met on the field. The bond of friendship with all the players of the famous “Vagabundos” is so much more than special.

My dad was a great baseball player. He was nicknamed Bob Feller Huasteco. While Don José studied in Boston during his youth, he went to try out for the professional team, the Boston Braves, and was drafted to play in the Major Leagues!

But fate interfered again. A week before season-opening, he broke his tibia. It was fractured, so he had to return to Mexico.

After actively participating in various positions at the WBC: legal adviser, ranking committee, regulations and more, he decided it was time to resign due to various disputes which were fracturing the spirit of the organization, it was no longer fun to be involved in The WBC, the thrive for power was enormous.

My dad traveled to Tunisia for the annual Convention, and there he intended to present his resignation for his position as Secretary-General. My mom accompanied him, and that was going to be their farewell to boxing to dedicate himself entirely to his business.

But fate held one more monumental surprise in store. Colonel Hasim Hamouda, vice president of the WBC, saw Don Jose’s evident and natural leadership qualities at that Convention and, after a speech, nominated him for president. All, without exception, elected him by acclamation. It was unanimous.

Don José was tireless. His desire to always do better, to be the best, led him to live an unremittingly demanding life.

The memory of my childhood is to see him always sitting in the dining room working, then going on trips for weeks or months, and returning, but never stopping. He was CEO and partner of the factory, president of the WBC, President of the Lindavista baseball league. He studied different correspondence courses – especially photography – and was always present to attend absolutely everything related to our family: my mother and us six children.

For Jose Sulaiman, the word “impossible” never existed. He dedicated himself to boxing and, above all, to boxers. This is was what distinguished and characterized his life. The man himself.

Don Jose was tireless in looking for ways to make this sport more humane, safer, and fairer. He fought a thousand battles. He faced, battled and overcame vested interests and stubbornly senseless resistance to change.

He told us how he was booed around the stadium when the first 12-round fight was announced in Las Vegas. Yet … all of these ideas have saved countless lives and have given dignity, as well as security plus well-being, to the fighters.

A wonderful man, humble, simple, passionate, fair, loving, kind, loyal, patient, and at the selfsame time, totally in love with Mexico. These are adjectives, concepts, and principles that define my dear father, my idol, and my hero.

I miss him day after day, each and every day, but I feel him within every fiber of myself at every moment.

Don Jose’s favorite phrase was: “He who does not live to serve does not serve to live.”