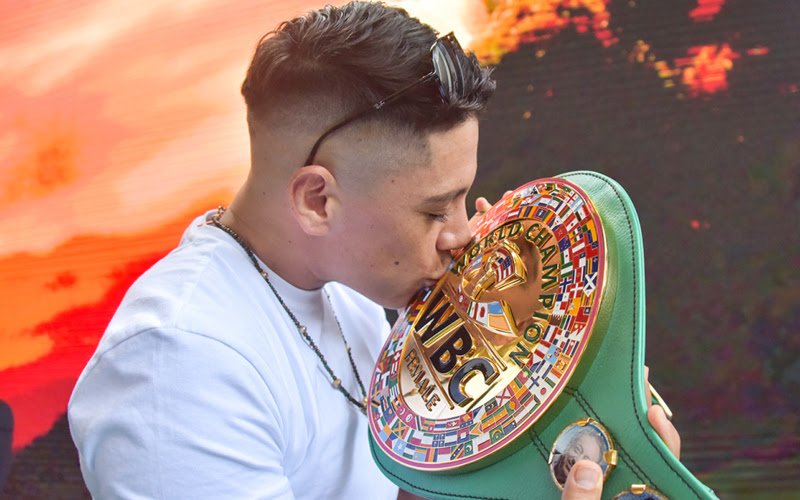 It is shameful and regrettable to read the irresponsible, defamatory, discriminatory and untrue comments on social media concerning Alejandra Jimenez, our proud WBC Super Middleweight World Champion. The individuals writing such rubbish and the organizations publishing it have zero moral integrity. It is the WBC’s duty to set the record straight and stop the horrible and inhuman attack on a person who is an example and motivation to the world.

In a sport like boxing, which traditionally has prided itself for being accepting of people from all strata of life and on the diversity of its participants, our Champion Alejandra Jimenez is being the target of attacks for having the courage to live an openly gay lifestyle and manifesting an appearance that is pleasing to her and her community.

Alejandra Jimenez is being bullied and deprived of the most deserving moment of glory . She should be lauded and praised as the role model she is. Instead, she finds herself having to defend her appearance and lifestyle.

READ:
Reshat Mati added to Quigg vs. Carroll card on DAZN on Mar.7 in Manchester

Alejandra Jimenez is a 31-year-old single mother. She gave birth to her beautiful daughter, Ailime, at the age of 21. As a young woman, after the birth of her daughter, Alejandra was excessively overweight. At the age of 23, she found a boxing gym, which eventually changed her life. She made her professional boxing debut 5 years ago at the age of 26.

Alejandra has worked very hard and has overcome all type of obstacles. She reached the maximum glory in her sport by winning the WBC Heavyweight World Championship against Martha Salazar in Cancun in March of 2016.

She then inspired herself and through exemplary effort and sacrifice set her goal to fight at a considerably lower weight in the Super Middleweight division. This past Saturday night Alejandra defeated Franchon Crews Dezurn and became the WBC Super Middleweight World Champion. In route of doing so, Alejandra subjected herself to a complex out-of-competition anti-doping testing protocol conducted through the Voluntary Anti-Doping Association (VADA). Each and every test result was negative.

The WBC is often questioned because it has the strongest and most protective health and safety standards in women’s boxing including, but not limited to: VADA anti-doping testing; ten-round bout limit; two-minute per round duration; safer glove sizes; and mandatory pre-bout pregnancy testing. We also have a history of social activism to promote fairness and diversity in the sport and in the human condition including widely promoted public campaigns to combat bullying and drug use, and to promote sportsmanship and inclusion in and out of the ring.

The false and completely unsubstantiated accusations hurled at our WBC World Super Middleweight Champion, Alejandra Jimenez, offend the boxing community as well as society, but most importantly, Alejandra.

The WBC remains proud of our Champion, Alejandra Jimenez, her amazing accomplishments, and continue to stand by her through her glory.