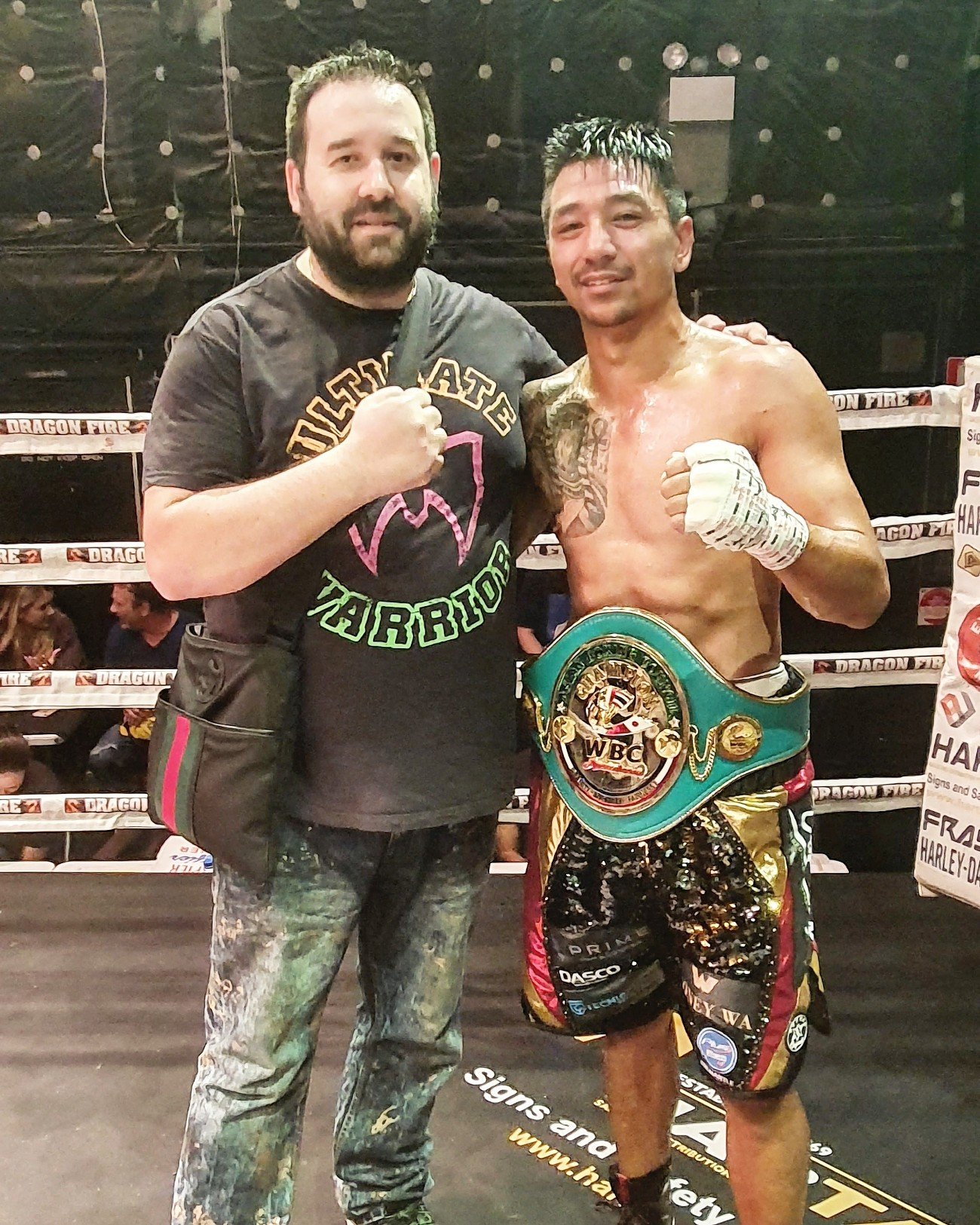 Steve Gago has followed up from his WBC Australasian title victory in his hometown of Perth by resigning a long term deal with Tony Tolj’s Dragon Fire Boxing.

Gago has won multiple titles with various governing bodies whilst under the guidance of Tolj and Dragon Fire Boxing and has now committed his long term future to the standout Oceania based setup.

‘The Timorese Terror’ opened up regarding resigning with Tolj and Dragon Fire Boxing. Gago said, “I’m absolutely delighted to have resigned with Tony Tolj and committing what could be the rest of my career to the Big Boss Man Tony and Dragon Fire Boxing. The reason I’ve done this is that Tony has always looked after me and got me the opportunities I’ve needed. I couldn’t be happier with Tony so I’ve committed to a long term deal with him.

“I’ve won multiple titles with Dragon Fire and have boxed at the likes of the IBF convention in Macau. I couldn’t be happier with how my career has unfolded but I believe I still have more titles to win and Tony is the man to get me those opportunities.”

Gago looked impressive as he recorded a sixth-round stoppage of Geisler AP as he picked up a WBC belt in front of his hometown fans, and now the Perth native is setting his sights on climbing up the world ratings once again. The welterweight standout who has now contested titles with the WBA, WBO, IBF, and WBC discussed his aspirations now he holds a WBC title.

Gago said, “I was very grateful to be given the opportunity to fight for a WBC title. Everyone grows up dreaming of being a WBC champion so it was nice to win one of their belts.

“I was really happy with my performance last time out but I believe I still have a lot more to give. I want to push to get into the world top 15 and go from there. I believe this is realistic and something that I can aim for in 2020.

“The welterweight division is full of top-class talent and I want real fights. I’ve always said that and I believe that in 2020 that opportunities will present themselves to me and I will be ready to take them.”