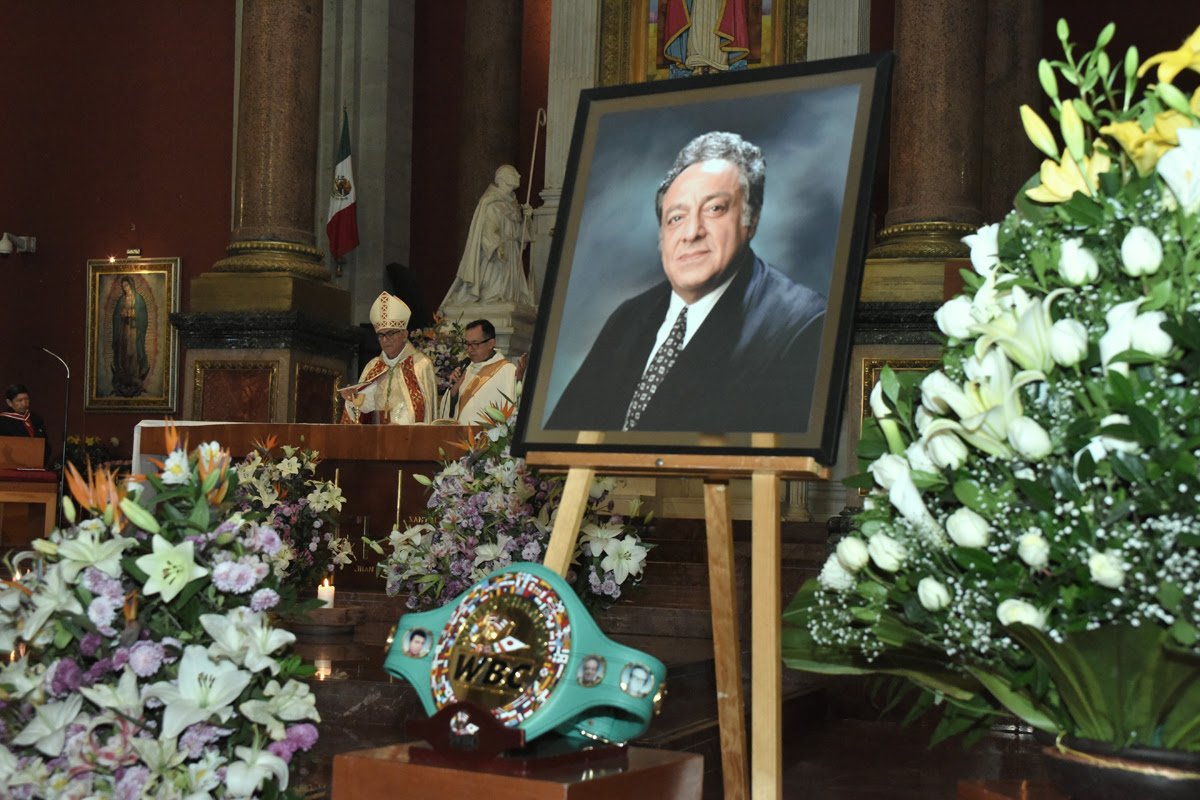 Today’s column will be dedicated exclusively to the memory of my dear father, Jose Sulaiman.

This past Saturday, we commemorated the seventh anniversary of that sad day in which he entered into the path of no return. There is no age to die, there is no age to lose a loved one, although time heals everything, the memory will always be fresh and present.

My dad was a wonderful human being who enjoyed life intensely. His simplicity and humbleness opened the doors of the hearts of thousands, and his dedication to serve others distinguished him as the best friend anyone could have. His life was complete, and as he repeated, he did everything as Frank Sinatra would sing “My Way” (his way).

I would like to talk about his passions and what he did during his life.

Baseball, the sport he loved. He was a great player who was even signed by the Boston Braves but a fracture while sliding at home plate deprived him of continuing his dream and he had to return to Mexico. They called him the “Huasteco Bob Feller” because of his great pitching. He threw the ball at high speed and was the king of the strikeouts. Our life revolved around baseball because we all played in Lindavista Little League. There we spent every weekend from sunrise to sunset, Dad as manager and coach of our teams while my mom was always in charge of the league’s dining room.

Finally, when we grew older, we enjoyed a wonderful time as the “Vagabundos” team played every Sunday; Don Jose the manager, Sandro DeMiguel the coach, and the four Sulaiman children on the field, playing with a sensational group of friends since childhood. I would change any day of my life to be able to live again one of those days. When we finished, we all used to go to Rio Bamba, our home, to enjoy snacks and beers, having great times, remembering anecdotes of the game amid laughter from our leader.

Photography, Don Jose’s passion. In addition to being the owner and CEO of Graphic Controls Mexico factory, president of the World Boxing Council, president of the Lindavista baseball league, father of six among other occupations, he decided to honor his passion and took photography correspondence courses by mail. All his sons and daughters were his models, especially Lucy. It was common that when we came back home from school we would pose to help him with his photography studies which he used to send to be graded by Nikon. While on family vacations, He would often stop in the freeways for up to an hour on the road to take the perfect photograph looking for the exact lighting. His definition of photography: “An instant in life that will never happen again.”

Food, his ultimate pleasure. My dad didn’t drink, he didn’t smoke, he didn’t party, his only great satisfaction was eating. He would not order lobster or caviar, he was happy with the home dishes that my mother prepared for him or with his eggs from Sanborns, his favorite local restaurant. We loved to see how he enjoyed a good strawberry ice cream. He lived much of his life on a diet, he always said that he lost 5,000 pounds but gained 5015. The first time I took my now wife Christiane with my family for a Sunday luncheon, we went to the Gondola restaurant in the Zona Rosa, my father ordered four dishes, and Chris being a Nutritionist, just watched with great surprise. During this moment my father told her: “Chris, I am on this new diet and taking these pills that take away hunger…” To which my then girlfriend replied “It seems to me that they don’t work very well, right?” After a complete silence by all, my father started laughing loudly for everyone’s relief.

Work. He dedicated his life to work tirelessly, his motto was “Nothing is impossible in life, some things may take longer but nothing is impossible.” Since he was a child, he worked behind the counter at the store of our dear grandfather, Don Elias; in Ciudad Victoria he founded the 20-30 club and had a diversity of activities including selling shoes throughout the region; he built the “ Avenida Cinema” together with his uncle, Jorge Chagnon, and eventually fate took him to Mexico City to dedicate his life to Graphic Controls, the manufacturing company which has been the family business since 1963. He was relentless, he worked harder than anyone and with exemplary dedication, he was a visionary, perfectionist and innovative. I always remember seeing him in the dining room of our home, full of papers and always working.

Boxing. He grew up in a small town, Ciudad Valles, his childhood friends were boxers. A mediocre boxer himself as he retired due to broken jaw and nose. He first hand learned and experienced how tough this sport was by seeing the abuse and inhumane practices that occurred within boxing. He dreamed of one day having the power to change things, and it happened. As President of his beloved WBC, he managed to revolutionize this sport. With all the rules that he changed and implemented, many lives have been saved and the future of those who finish their career in the ring and so then they can enjoy a healthy life.

His Family, his greatest treasure. He was an exceptional son, he eternally honored the memory of his mother, Doña Wasila, who passed away at only 41, and always adored his father. He was the older brother, always taking care of Nelly and Uncle Toy. He formed a united family with Doña Martha, six children and fourteen grandchildren. He always insisted on love and unity among us. He was always present to be the father of the family and he found in my mother the unconditional support and help to be able to go out to conquer the world when there were no computers, internet, fax, cell phones nor social networks. He made every second as a family worthwhile and gave himself to us, sacrificing everything, to give us education and projection in life. My Mom was the force that drove him through difficult times and was the magic touch that maintained a much-needed balance within the family.

He died peacefully, in the company of all his loved ones, happy to see the unity that he always encouraged us to maintain by having us all together during his complicated hospital stay. He managed to say goodbye to many of his champions and friends who visited him in intensive care unit at UCLA hospital in Los Angeles. Muhammad Ali, Mike Tyson, Julio Cesar Chávez, Ray Leonard, Oscar DelaHoya, Jeff Fenech, Wladimir Klitschko, his dear brother Carlos Slim, and Don King among so many more champions and friends who took the time to travel to visit him and give our family warmth and hope. It was boxing that took us as family into its arms when he left us. The unforgettable demonstration of affection that we received since he gave his last breath, the thousands who attended, from many parts of the world to say goodbye to him during the wake and services. The BOXING community took us by the hand to be able to follow the path, to keep the dream alive and carry on with Jose Sulaiman’s legacy.

Today, seven years after his departure, we continue witnessing thousands displays of affection, we continue to see that warm smile, feeling his presence in every step we take and following the path that he left us marked in this world. I want to take this opportunity to thank all the care and attentions that the Sulaiman Saldivar family received this past Saturday remembering our beloved father.