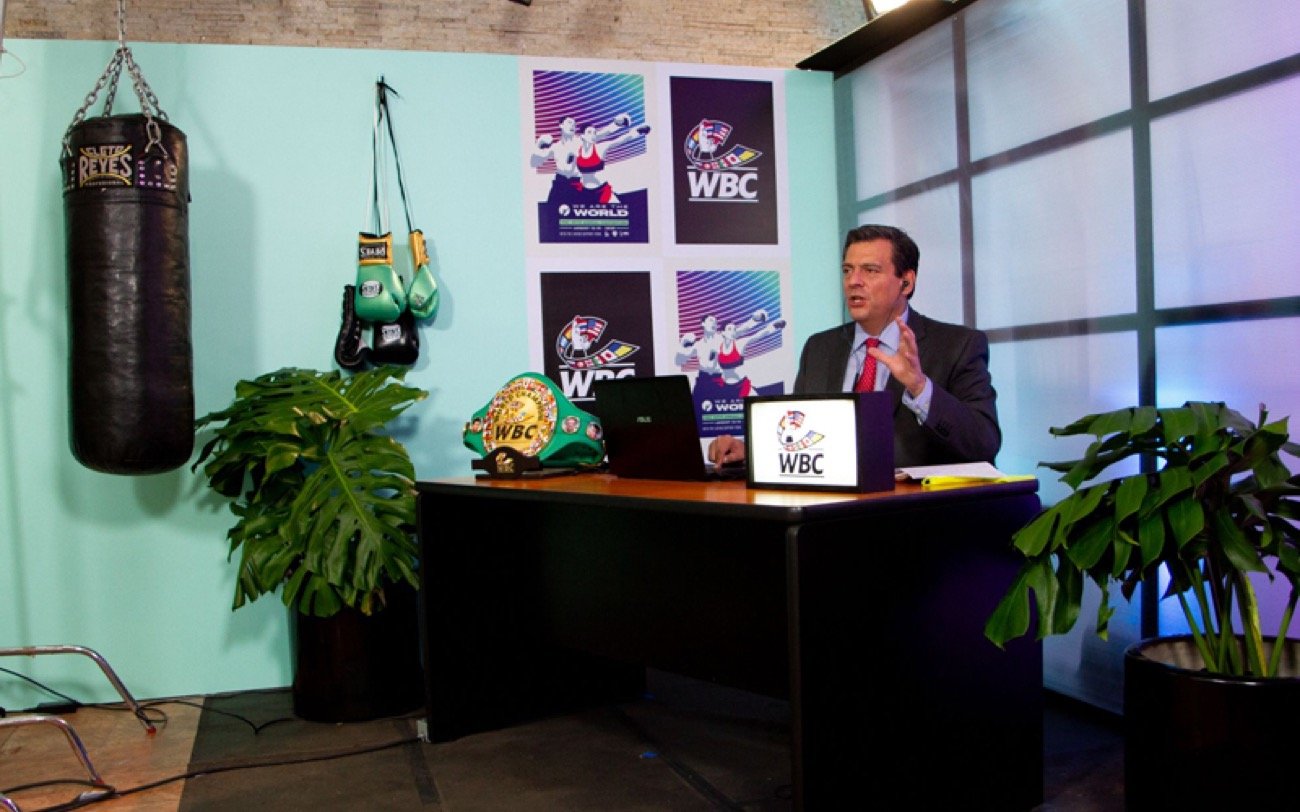 The World Boxing Council announced, since the beginning of the pandemic, and after a unanimous vote by the board of governors, that it will administer the activity of the world championships, using absolute justice, analyzing each case separately. Taking into account all the variables corresponding to each individual situation, providing flexibility and common sense to address the problems that may arise.

MatchRoom has requested for the August 22 fight between interim champion Dillian Whyte and Alexander Povetkin, authorization from the WBC for the winner to be awarded the the Diamond belt. This proposal has been authorized.

If Dillian Whyte wins, he will be ratified as the official challenger to face the winner of Fury vs Wilder III.

Fury was confirmed to make a voluntary defense against Deontay Wilder, which is scheduled for December 19.

The winner of Fury vs. Wilder III is required to fight Whyte if he wins his match against Povetkin.

QueensBerry Promotions received clarification from the WBC after expressing their concern that February was the deadline for the mandatory fight, it was clarified that one day after the fight between Fury vs Wilder 3 the period of free negotiations will begin.

Silver champion Daniel Dubois is defending his crown against Joe Joyce on October 24.

Light heavyweight champion Artur Beterbiev will defend his title against Fanlong Meng on September 25 in Russia. Jean Pascal is the mandatory challenger.

Sampson expressed his concern about the situation of Yildrim’s entry to the USA. It was confirmed that WBC will attend to each case separately and they are asked to anticipate the confirmation of the date of the fight and attend the situation of entering the USA with the necessary anticipation.

The Silver champion will defend in October and asks to be kept informed of any situation in case of Yildirim or Smith problems In ordered to be considered.

Franchise champion Saúl Álvarez will not fight on September 12. He is training, and Golden Boy is working on confirming date, place and opponent . Middleweight champion Jermall Charlo will defend against Sergiy Derevyanchenko on September 26.

Super welterweight champion Jermell Charlo defends against Jeison Rosario on September 26 in a unification bout. The promoter informed that the winner is obliged to make the mandatory defense of the IBF, to which the WBC confirmed that it has agreements of respect and reciprocity with the IBF to respect the mandatory obligations.

Shawn Porter will contest the silver championship against Sebastian Formella on August 22.

Franchise lightweight champion Vasyl Lomachenko will clash with IBF champion Teofimo Lopez on October 17 in Las Vegas in a unification bout. The board of governors voted in favor of accepting Top Rank’s request that, if Teofimo Lopez wins the match, he be recognized as a franchise champion.

WBC Champion Devin Haney will have a voluntary defense.

Javier Fortuna will notify the WBC of his plans regarding their fight on August 28 and will have the unconditional support of the WBC.

Eliminatory fights will be held in Russia for the Silver title.

Super featherweight champion Miguel Berchelt will defend his title against official challenger Oscar Valdez on a date to be determined. Top Rank has until the end of August to confirm the deal, otherwise a purse offer will be ordered. A tournament will determine the next mandatory.

Featherweight champion Gary Russell Jr. does not have a mandatory challenger. # 2 Tugstsogt Nyambayar vs. # 5 Eduardo Ramírez will be the final eliminator on September 19 in Connecticut. It was taken into consideration that this fight is signed and that challenger # 1 was not available as he had plans to fight for another body.

Super bantamweight champion Rey Vargas fractured his leg and will be out of circulation for months, therefore, he will be named champion in recess. The governing board accepted the following fights:

Luis Nery faces Aaron Alameda for the vacant title and the winner will be forced to two mandatories. There will be two final eliminatory bouts and the winners will be mandatory.

Flyweight champion Julio César Martínez was fight official challenger McWilliams Arroyo, but withdrew due to illness. The promoters will try to reschedule the match.

Light flyweight Kenshiro Teraji is awaiting a fight date. A final elimination fight will be ordered soon after analyzing the situation of the fighters, their countries and restrictions.

Strawweight champion Wanheng Menayothin could fight a voluntary defense in September. A final elimination bout will be ordered reviewing the situation.