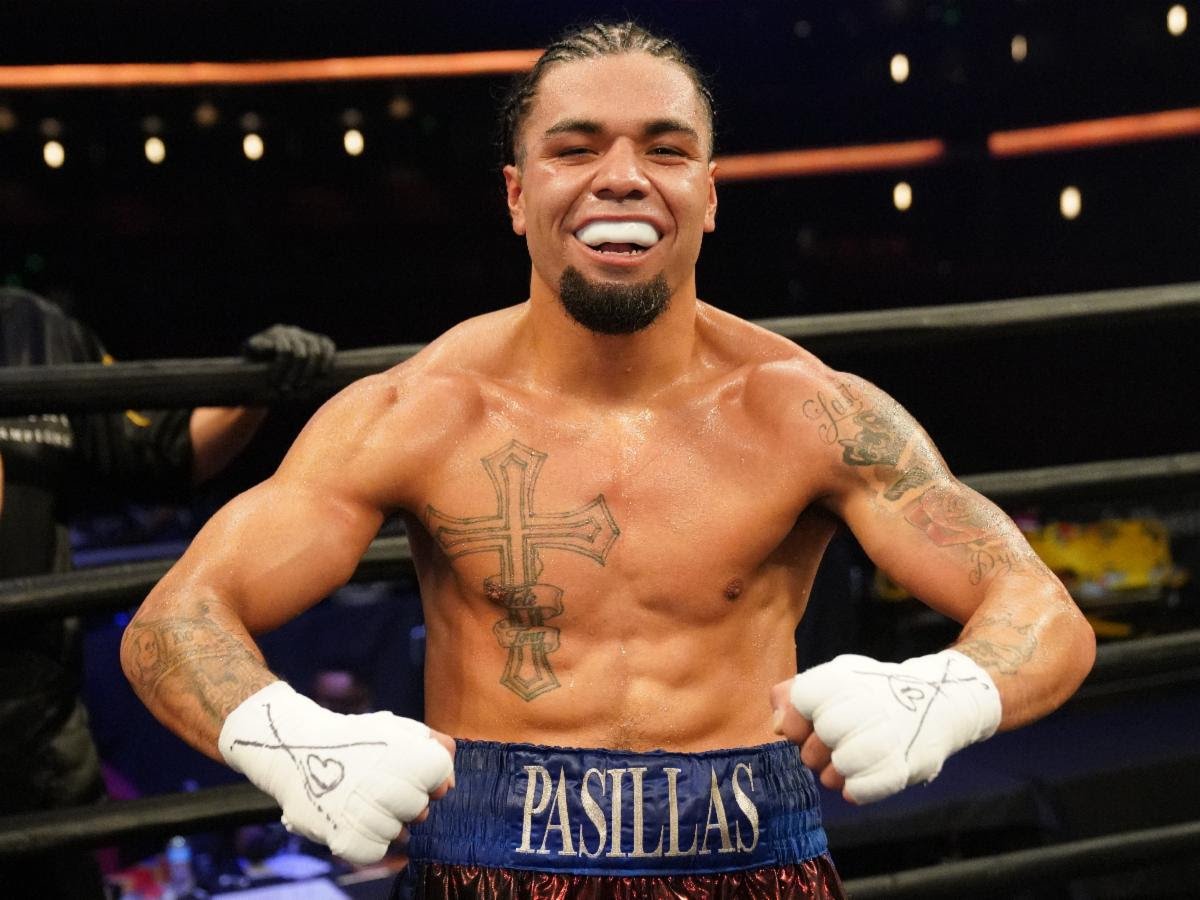 The event is promoted by Mayweather Promotions and TGB Promotions.

Originally from Muskegon, Mich., Aleem (17-0, 11 KOs) now lives and trains out of Las Vegas, Nev. where he moved to years ago to further pursue his championship dreams. After a stoppage victory over Marcus Bates on SHOWTIME in August, Aleem now faces Pasillas with a chance to move one step closer to that ultimate goal.

The 30-year-old is trained by Bobby McCoy in Las Vegas as he nears that potential world title opportunity, including a possible showdown against the winner of the January 23 main event between WBO 122-pound champion Angelo Leo and unbeaten rising star Stephen Fulton Jr. Here is what Aleem had to say about training camp, Pasillas and more:

On his matchup with Victor Pasillas:

“Pasillas is a good fighter with a lot of skills, but he’s not on my level physically and mentally. I have the speed advantage, along with a better ring IQ, so I believe I’m the more polished fighter. This is going to be a dog fight and a lot of hard punches are going to be thrown by both of us. I envision myself dominating this fight and coming out victorious by any means necessary.”

On his recent training camp in Las Vegas with coach Bobby McCoy:

“Coach Bobby and I are working harmoniously together, and we put in a lot of hard work during this training camp. There’s no place like Las Vegas as far as training and sparring goes, so I’m going to be well prepared going into this fight. We have a solid game plan set in place and adjustments will be made as the fight goes on. We are making the final push and I’m in great shape.”

On fighting for the interim WBA 122-pound title:

“This fight is the turning point in my career being that it’s for the WBA interim title. I’ve always said I want to fight the best fighters in the division and that’s exactly what I’m doing when I step in the ring with Victor Pasillas. I’m coming for all the belts and it starts on January 23.”

On making his third appearance on SHOWTIME:

“There’s nothing like fighting on SHOWTIME and I hope they see that I’m a fighter that brings a lot of excitement to the big stage. I want to thank my manager Greg Hannley, my promoter Marshall Kauffman, and everyone else who has helped me get to the point. I’m honored that PBC and SHOWTIME are giving me this opportunity, and I can’t wait to see my hands raised in victory after this fight.”

The event is promoted by Mayweather Promotions and TGB Promotions.

Fighting out of his native Los Angeles, Calif. the 28-year-old Pasillas (15-0, 8 KOs) had an extensive amateur career and burst onto the scene with a career-best victory in September 2020, as he knocked out the previously unbeaten Ranfis Encarnacion in the sixth round.

With a victory on January 23, Pasillas puts himself into position for a world title shot, potentially against the winner of that night’s main event that pits WBO 122-pound Champion Angelo Leo against unbeaten rising star Stephen Fulton Jr. Here is what Pasillas had to say about training, his upcoming showdown against Aleem and more:

On his recent training camp in Redwood City, Calif., with coach Brian Schwartz:

“I’m having a really good training camp and I’ve been getting great sparring from my boys Eros Correa and Arnold Dinong. These guys are pushing me to the limit. In addition, my coach Brian Schwartz is right on point with everything we’ve been working on. I’m feeling great as we enter the final days of training camp.”

On his matchup with Ra’eese Aleem:

“I keep telling everyone that this fight is going to steal the show. I’m ready to put a beating on him and have the world witness a major beatdown. You have two pit bulls who are going to leave everything in the ring, and this pit bull will not be denied. This is going to be an all-out war and I can’t wait. I’m coming to knock his ass out.”

On making his SHOWTIME debut on January 23:

“I’m so grateful to my manager Greg Hannley and everyone at PBC and SHOWTIME for giving me this opportunity. Ever since I was a little kid, I always dreamed about what it would be like to fight on the big stage and here we are. Words cannot describe how I’m going to feel when I step in that ring on fight night. I’m getting butterflies just thinking about it. I’ll be ready to show out and show the world that I’m elite. Everyone should be tuning into SHOWTIME on January 23, because the goblin will be let loose.”

On what a victory will do for his career:

“Because this fight is for the WBA interim title, when I beat Aleem, it’s going to put me next in line to fight for the regular world title, so this fight means everything to me. I’m going to eliminate Aleem from the path, and I won’t stop until I become the unified champion at 122-pounds.”