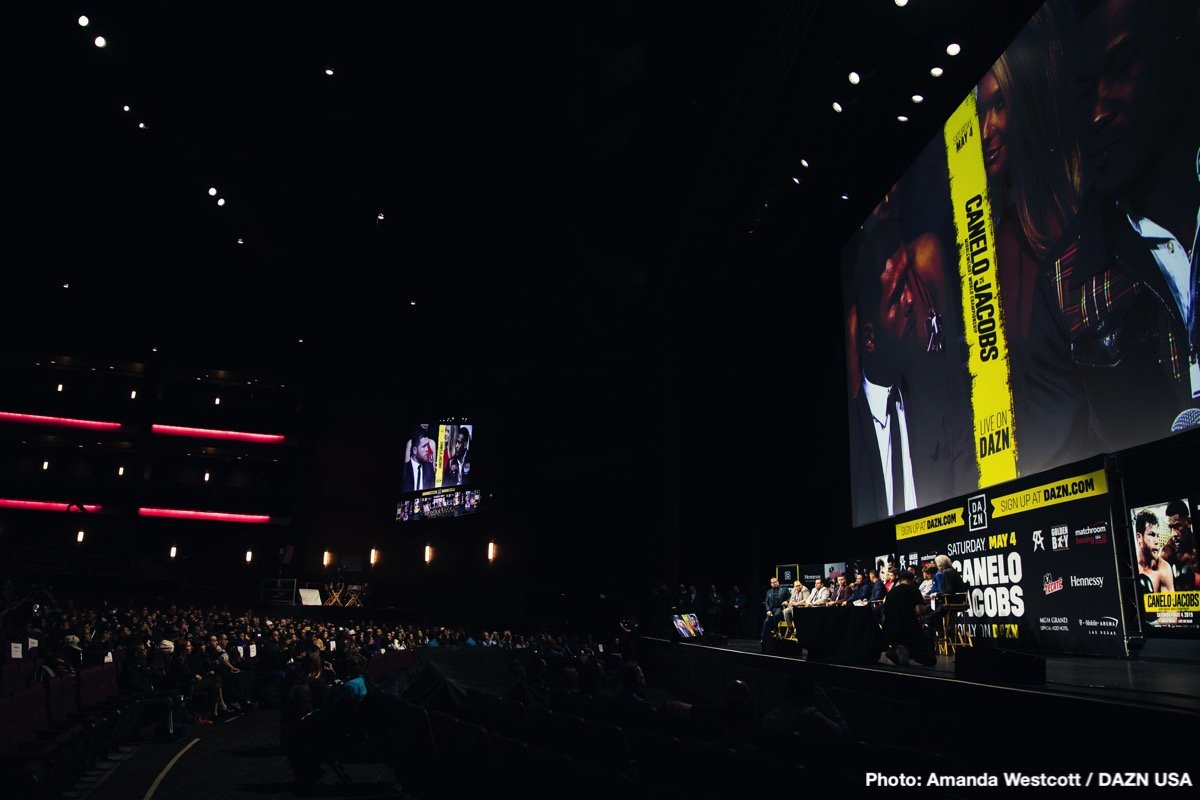 Rising star Vergil Ortiz Jr. (12-0, 12 KOs) will have the opportunity of a lifetime as his scheduled 10-round welterweight battle against Mauricio “El Maestro” Herrera (24-8, 7 KOs) will now be the co-main event of Canelo vs. Jacobs. As previously announced, the night will also feature the likes of Pablo Cesar “El Demoledor” Cano, Lamont Roach Jr., John “The Gorilla” Ryder, Sadam “World Kid” Ali and Joseph “JoJo” Diaz Jr. in separate bouts.The event will take place Saturday, May 4 at T-Mobile Arena in Las Vegas and will be streamed live exclusively on DAZN.

“This will be a big test for Vergil Ortiz Jr.,” said Oscar De La Hoya, Chairman and CEO of Golden Boy. “This young man has all that it takes to become a dominant world champion, so it’s only fitting that a prospect like him gets the opportunity to be the co-main event of a Canelo fight. At the same time, we know the kind of fighter Mauricio Herrera is. He has a lot of experience and has been in close fights with the best of his division, including what we all know was a win against Danny Garcia. If Ortiz Jr. can look spectacular against Herrera, then he will demonstrate what we already know: that he is the real deal.”

Since debuting as a professional in 2016, Ortiz Jr. has never heard the final bell of a fight, and he hopes to retain his 100% knockout ratio in the toughest fight of his career. The native of Dallas, Texas, who has his roots in Michoacan, Mexico, will return after defeating Jesus Valdez in January of this year. Ortiz Jr. will move up to welterweight for this fight only, and he plans to make a statement to the fighters of the 140-pound weight division, where the 21-year-old plans to return after this tough test.

“This is a great opportunity for fans all over the world to get to know me,” said Vergil Ortiz Jr. “Everyone will be watching this event, so I look forward to showing boxing fans what I’m made of. It’s very hard to look good against Mauricio Herrera. World champions have fought him and have looked bad. If I can look good and be the first to ever stop him, then I’ll be making a big statement.”

Herrera, a former interim WBA World Super Lightweight Champion, is a longtime veteran of the sport. The 38-year-old of Riverside, Calif. has faced a veritable who’s who of the welterweight and super lightweight division, including fights against Ruslan “The Siberian Rocky” Provodnikov, Mike “Mile High” Alvarado, Danny “Swift” Garcia, Johan “El Terrible” Perez, and Jose “Merciless” Benevidez Jr., among others. Herrera will bring a world of experience against the young prospect.

“Everyone knows the kind of experience that I bring to the table,” said Mauricio Herrera. “Whether it’s against world champions, contenders or prospects, I bring a tough fight to anyone. Vergil Ortiz might have bitten off more than he can chew for this fight, especially now since we are the co-main event. I’m happy for yet another opportunity, and we look forward to stealing the show.”

London’s John “The Gorilla” Ryder (27-4, 15 KOs) will take on Bilal Akkawy (20-0-1, 16 KOs) of Sydney, Australia for the vacant interim WBA Super Middleweight World Title. Ryder was originally going to take on David Lemieux, though the fight was cancelled due to an injury Lemieux suffered in his right hand. Now, Ryder will now face a highly-ranked contender who is trained by Eddy Reynoso, the trainer of Canelo.

Canelo vs. Jacobs is a 12-round fight for the WBC, WBA, Lineal, Ring Magazine and IBF Middleweight World Titles presented by Golden Boy in association with Matchroom Boxing. Ortiz vs. Herrera is a 10-round welterweight fight presented by Golden Boy. The event is sponsored by Tecate, “THE OFFICIAL BEER OF BOXING” and Hennessy “Never Stop. Never Settle.” The event will take place Saturday, May 4, 2019 at T-Mobile Arena in Las Vegas and will be streamed live exclusively on DAZN.