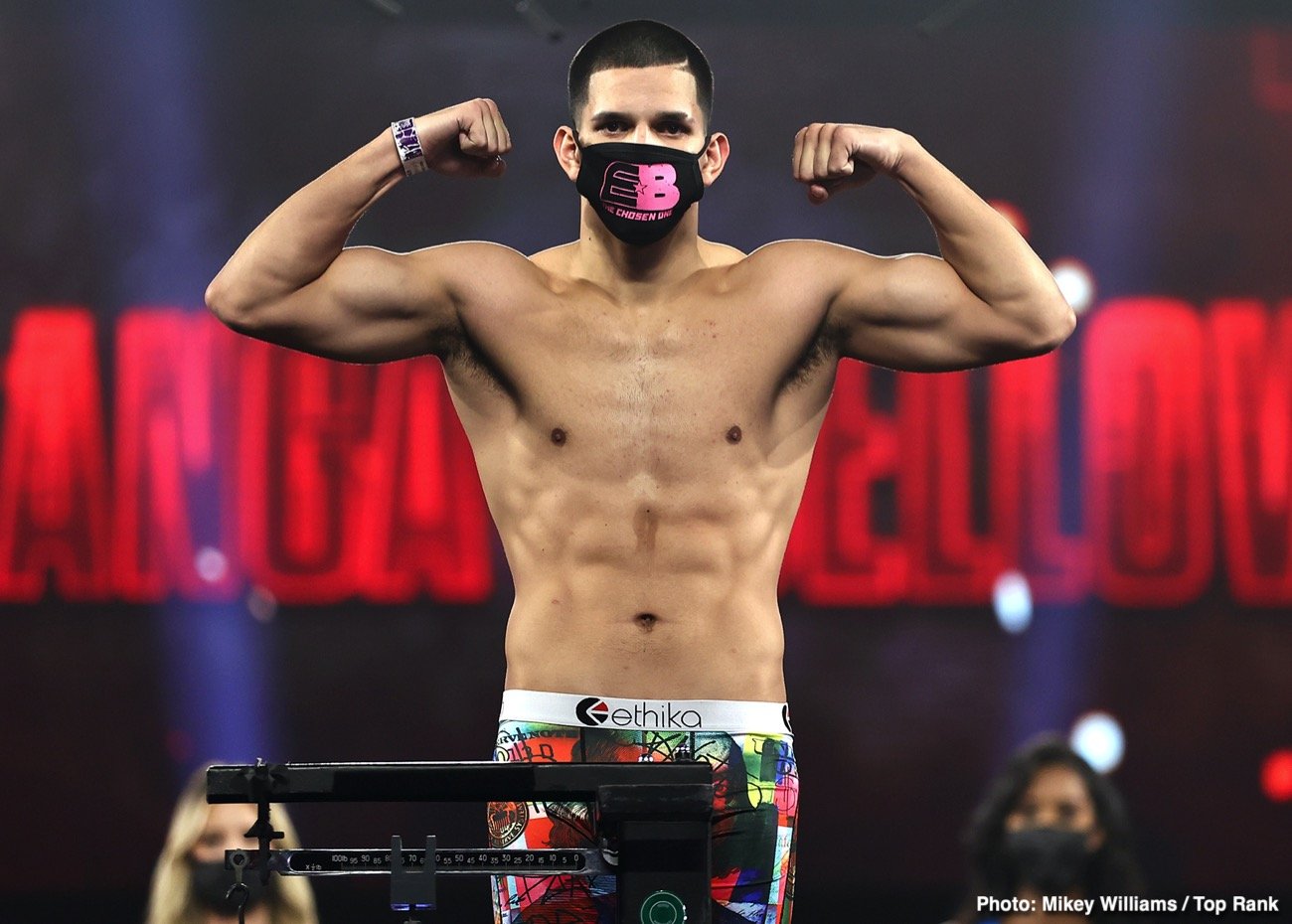 LAS VEGAS (November 25, 2020) — Super middleweight wrecking ball Edgar “The Chosen One” Berlanga has been “The Perfect One” thus far, knocking out all 15 of his professional opponents in the first round.

Berlanga puts perfection on the line Saturday, Dec. 12, when he fights Ulises Sierra in an eight-round showdown from MGM Grand Hotel & Casino in Las Vegas. Berlanga-Sierra will open the ESPN-televised tripleheader (10 p.m. ET) that includes the 10-round junior lightweight main event featuring Shakur Stevenson and Toka Kahn Clary and a 10-round lightweight co-feature between Felix Verdejo and Masayoshi Nakatani.

“Edgar Berlanga has a unique blend of power and charisma, and I believe he is the next Puerto Rican superstar,” said Top Rank chairman Bob Arum. “Ulises Sierra is the toughest test of Edgar’s career. Who knows if that will make a difference? We’ve tried to get the kid some rounds before, but once Edgar hurts his opponents, it’s game over.”

Berlanga (15-0, 15 KOs) has fought twice in 2020, spending a grand total of 2:21 inside the ring. He knocked out Lanell Bellows in 1:19 on the Vasiliy Lomachenko-Teofimo Lopez undercard, the first time Bellows had been knocked out in 30 professional bouts. Sierra (15-1-2, 9 KOs), from San Diego, entered 2020 on an eight-bout winning streak, which included a nationally televised 28-second knockout over Jose Hernandez. In January, he dropped a 10-round unanimous decision to top prospect Vladimir Shishkin.

Super middleweight contender Vaughn “The Animal” Alexander is looking to get back into contention for big fights and he’s willing to fight a man they are calling a monster, hard-punching first-round knockout specialist Edgar “The Chosen One” Berlanga, to do it.

“Why wouldn’t I want to fight Edgar Berlanga?” said a confident Alexander (15-4, 9 KOs). “He’s calls himself a monster. I want to find out. No hate at all; he’s doing what he’s supposed to do with the people they are putting him in with, but I think I will beat him.”

Saint Louis native Alexander, older brother of former two-weight world champion Devon Alexander, says he sees things in the 23-year-old Brooklynite Berlanga (15-0, 15 KOs) that will not only allow him to snap the young slugger’s 15-fight first-round KO streak, but will also carry him to victory.

“I will beat him. He’s knocking all these guys out that just stand there and offer no resistance. I will do the things that benefit me, not him; I will stand when I want to. And his power means nothing to me. I have a hell of a chin. I’ve even fought light heavyweights and still held my own.”

Cameron says he’s reaching out to Berlanga’s people to try and make the fight happen, hoping they decide to try and give their fighter a challenge, rather than looking to continue the KO streak.

“He’d be a good win for me,” continued Alexander. “With the wave he has going right now, it’ll put me back where I need to be to further my career. I’m not hating on him. Berlanga is a good up-and-coming prospect who is knocking everybody out because he’s a very good fighter. I’m just a real fighter in the same weight class and I feel I will beat him.”