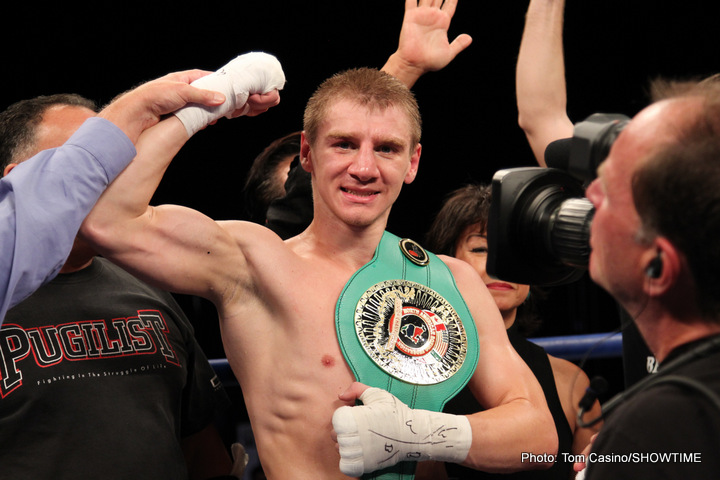 Ukrainian standout Ivan Golub is looking to continue his push up the world ratings on February 20, as he features on One For All Promotions card at the Caribe Royale Resort, Orlando, Florida. Melissa Oddessa

Golub, who is guided by Split-T Management and DiBella Entertainment, holds an impressive 18-1 record with 14 of these victories coming within the scheduled distance. A former member of the famed Ukraine national amateur team, Golub discussed his ring return on February 20.

Golub said, “I’m excited to be back in the ring this coming February and thank you to my training team headed up by Andre Rozier, my management Split-T and my promoter Lou DiBella for getting me this opportunity to fight on the One For All Promotions even in Orlando. The card is looking great so I’m excited to be back on such a quality event.

“I’ve been working hard throughout the pandemic and still improving in the gym. I want to keep working my way up the world rankings. I want to be a world champion in the next couple of years and my team believe that I have the ability to do that and I have the team to make that happen.”

One of Golub’s amateur teammates came in the form of the pound for pound star Vasyl Lomachenko who has been known to have unorthodox, however, successful training methods under the guidance of his father. ‘The Volk’ discussed his time training with 3 weight world champion Lomachenko.

“We would train for two hours in the morning, eat, rest and train again for two hours. Training would always be different and very unique. It was always hard but we would do things like play soccer or tennis to break up the monotony of the intensity of what we were doing. We would do lots of things centered around hand-eye coordination. It was very educational training with them and I am very thankful for those experiences”

Coming through the Ukrainian boxing system prepared me for life as a professional. The training back then was centered around fundamentals and I feel that schooling is what amateur boxing should be about and it also explains why so many Ukrainian fighters go onto win Olympic medals and world titles in the professional ranks.”

Topping the events action will be undefeated Melissa Oddessa who goes on the hunt for her first world title in just her fourth professional outing.