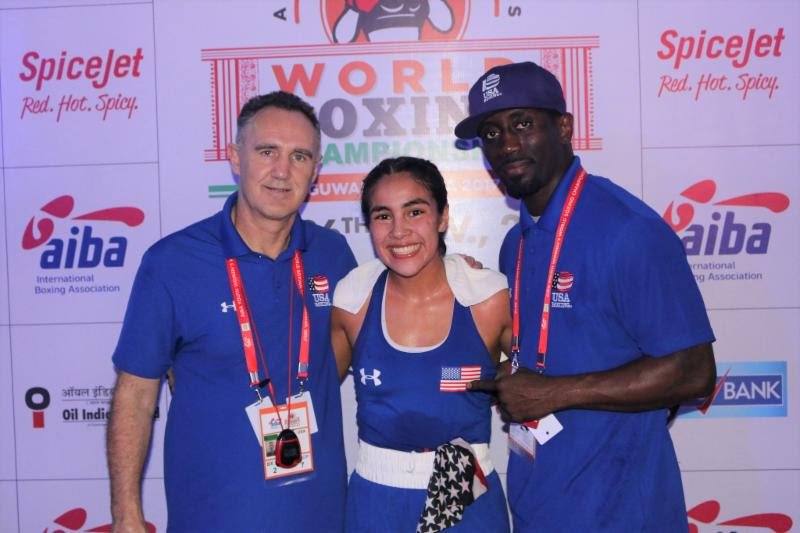 “I coached a youth team, junior on up, who were No. 1 and three-four years later many of the same athletes are now on our National Team,” Koroma explained. “(Troy) Isley, (Richard) Torrez, (Jr.), (Jared) Anderson, (Freudis) Rojas, (Jr.), (Delante) Johnson, (Keyshawn) Davis, (Duke) Ragan and others have been here (on the USA Elite Team training in Colorado Springs) since the last Olympics. We also have some great women boxers such as Rashida Ellis, who some compare to Claressa Shields and I see why, even though they have different styles. Plus, Virginia Fuchs and Naomi Graham.

“The (recent) Pan Am Qualifier showed that we’ll be in contention. This year’s Pan Am Games will show what we really have. Europeans have a different style than us. The biggest challenge is facing Cubans, the rest of the world is terrified of Cuba. If we defeat Cuban fighters at the Pan Am Games, we’ll see what we really have. I know that they’re ready and can still grow. I believe our gold and silver medal percentages will be higher, and we should add a few bronze medals, too.”

“Our team has turned into a family with no egos. If one is fighting, everybody else is supporting him or her. When a fighter is cutting weight, all the other fighters are supportive. Everybody’s good. They have each other’s backs.” 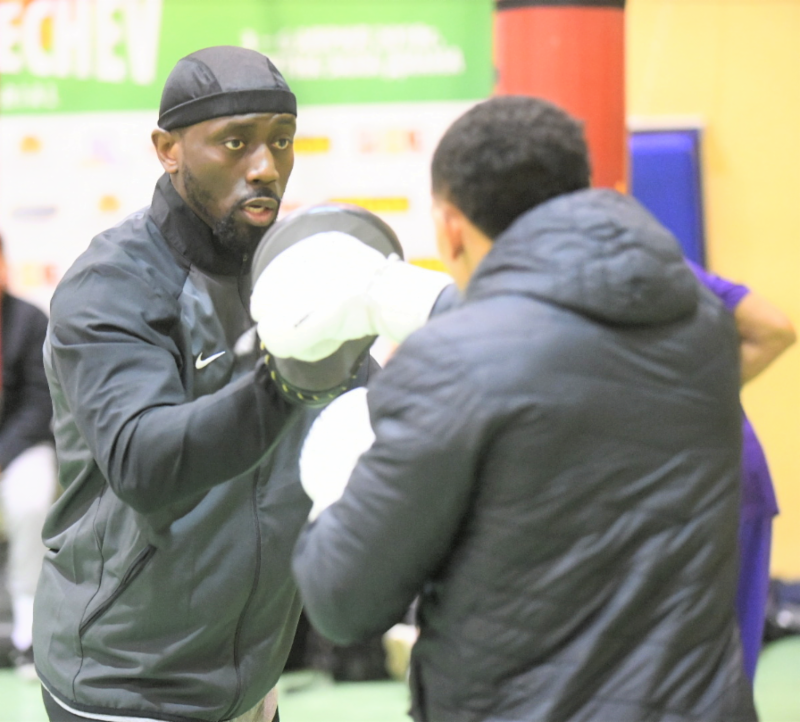 The 38-year-old Koroma (pictured left) has lived in the Virginia/Washington D.C. area for most of his life, although he did reside for a while with his aunt in London, and he also spent some time living in Sierra Leone.

Coaching is in Koroma’s blood and, at heart, he is a passionate teacher of boxing. Kay got into boxing because, as he noted, “I always hated people who picked on kids, so I got in trouble fighting those people when I was young, and I was eventually placed in a Scared Straight-like program in Alexandria.”

A former amateur and professional boxer, who had a 5-1 (3 KOs) record highlighted by him capturing the GBU International middleweight championship, Koroma hung up his gloves due to an illness.

After staying away from boxing for a few years, Coach Koroma returned to his roots for a visit at the Alexandria Boxing Club. He then came back to help out, eventually taking over the gym when the head coach left.

“Boxing changes lives,” Koroma remarked. “My career highlight is helping kids reach their highest potential and not just as a boxer. I get involved with their parents, teachers, principals and counselors. I can’t get the best out of their ability if all I am to the athletes is a coach. I was raised by strong women, my mother and aunts, and they taught me to help others, even if they’re better than me. I help some who I may hate. People think I’m crazy to do that, but I was raised that way.”

“When people come to my gym, I don’t care if they aren’t from the ghetto, or that they may be a rich kid who wants to hang around boxers. We take everybody. Boxing saves lives in many ways. There’s nothing more rewarding for me to hear than a boxer telling me I saved their life. Boxing is a sport, but a coach really needs to be involved in the lives of the athletes. It starts outside the ring: what they eat and how they respond to other people. You can’t go into the ring if you’re arrogant, or not eating right. Some coaches are afraid to tell athletes that their attitude is holding them back. Coaches have to be willing to make sacrifices because it’s about much more than just boxing.”

“We (coaches) don’t have assignments here. I’m hands on with everybody on the team. I stay on campus. I take that role because I may see some things others can’t get done. I help every athlete out because we’re a team of coaches, learning from each other. I’ve had some boxers live with me. They sleep at my house, I drive them to school, and work with their parents. I’m also a mental-type of coach. You really need to know your fighters, because not all are the same. And you can’t tell some fighters he’s losing because he could breakdown.”

Koroma started traveling with the USA Boxing Teams in 2015 and he has worked numerous world championship events, including the 2016 Olympics. His hard work earned him the USOC Developmental Coach of the Year for Boxing.

Prior to the 2016 Olympics, Coach Koroma relocated to the Olympic Training Center in Colorado Springs, where he still resides to provide daily guidance to USA Boxing elite athletes. He periodically returns to Alexandria, where he coaches Virginia-based boxers such as 2016 Olympic silver medalist and top pro prospect Shakur Stevenson, Team USA stable-mates Isley and Davis, and Amelia Moore.

2019 is a critical year for Team USA Boxing because boxers are competing for a spot on the 2020 USA Olympic Team roster. Nobody is more important to National Team head coach Billy Walsh than Kay Koroma in terms of building and guiding the rise of Team USA.