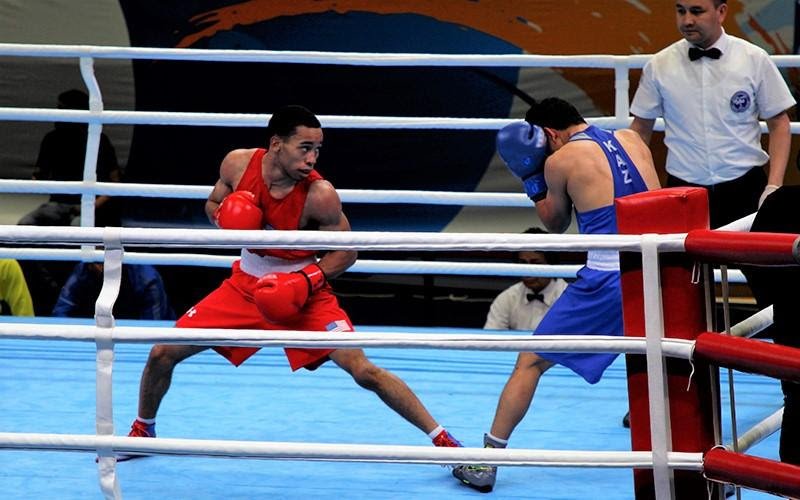 Boxers fight for a variety of reasons. Team USA bantamweight Duke Ragan is driven in the gym and ring by his two-year-old daughter, Kennedy Ragan.

The 21-year-old Ragan trains with his fellow elite squad members in Colorado Springs, Colorado, which is a long way from his home and daughter in Cincinnati.

“It is difficult being away from her,” Ragan admitted, “but she motivates me. I’m boxing for our future.”

Ragan’s future in boxing is bright. He is the No. 1 bantamweight in the United States, who plans to cash-out after the 2020 Olympics in Japan.

Although he had his first amateur match when he was seven, Ragan was practically born to box, evident by pictures of him as an infant wearing baby boxing gloves. His father and coach, Derek “Duke” Ragan, who named his son with his own nickname, had a lot of friends who were boxers. When Duke’s older brother by six years, Lewis Walker, trained at their uncle Sean Singleton’s gym, young Duke was being trained in the house by his father.

“I played other sports when I was young, but I didn’t in high school,” Ragan said. “My father started training me when I was six and a year later, I was at the gym training and sparring. I didn’t want to play any sports other than boxing.”

In addition to winning a silver medal at the 2017 World Championships, Ragan has been successful in other International competition, taking top honors at the 2017 Chemistry Cup, runner-up at the 2018 Presidents Cup, and third place finishes in the 2017 Continental Championships and 2019 Pan American Qualifier in Nicaragua. In the latter tournament, Ragan lost in the semifinals to Ecuadorian Jean Caicedo, 3-2, to qualify for the Pan-American Games, July 27 in Lima, Peru.

Self-described as a pure boxer who enjoys moving around the ring snapping jabs, Ragan also has sufficient power to put opponents to sleep. He wants to become part of Cincinnati’s rich boxing history, which has produced all-time greats such as Aaron Pryor, Ezzard Charles, Adrian Broner, Rau’shee Warren and Tim Austin, among others.

“Pryor and Charles boxed in the same community where I grew up,” Ragan noted. “I really haven’t done anything yet, but it would be cool to be world champion like them.”

USA Boxing has played a major role in Ragan’s young life and, if he gets his wish, it’ll continue to be for at least another year or so. “My main focus is 2020, I’ll worry about turning pro after that,” he remarked. “Amateur boxing has brought me a long way. I’m more disciplined, better focused, and a much smarter boxer. I have a higher boxing IQ. I’ve also had to learn to make sacrifices, because I’ve got to be a man to make time for my young daughter. All of this is getting me ready to be a professional.

Ragan has traveled around the world as a Team USA boxer having been to Germany and Kazakhstan (twice apiece), Poland, Bulgaria and Nicaragua. Ultimately, Duke Ragan wants to continue representing his country and traveling all over the world, hopefully, booking a trip to Tokyo next year.