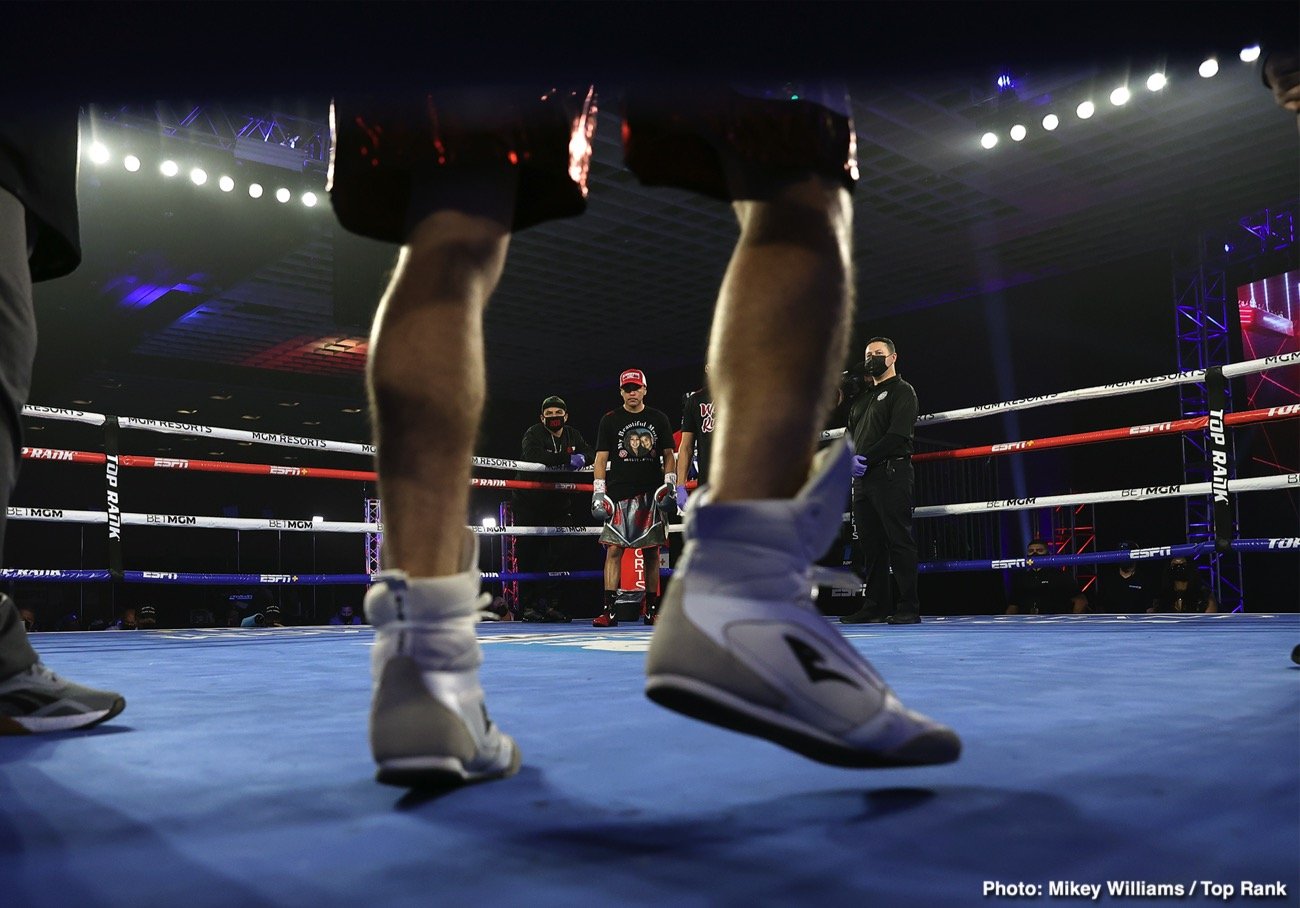 Torres of Reading, Pennsylvania has already amassed a record of 3-0 with three knockouts.

The 22 year-old Torres began boxing at the age of 12 to lose weight. Torres weighed in excess of 400 pounds, and because of boxing, he had shed a remarkable 200 pounds.

“Boxing has saved my life in so many ways. The weight loss and, plus it has kept me off the streets. I see a bright future in the sport, where years ago, I could not see that happening,” said Torres.

“This is great for me to sign with King’s Promotions. They are based out of my hometown, and I have followed Marshall Kauffman and his son Travis Kauffman for a long time. It’s great that Travis is now my trainer, and with this team along with my adviser Al Haymon, I feel that great things are in-store for me.”

Seawright of Columbia, South Carolina has yet to make his pro debut.

The 19 year-old began boxing at the age of 13 after he was bullied in middle school. “I just wanted to learn how to defend myself, and I started to get pretty good in it,” said Seawright.

That set off a very brief nine-fight amateur career, that saw him go 8-1, and capture two Golden Gloves championships in North Carolina.

Despite the short career in the amateurs, Seawright feels that it is time to begin his pro career.

“It was a good opportunity to make the jump now. I have not fought in over a year. I was ready, but now I am with King’s Promotions, this is the right time.”

Seawright describes his style as unpredictable, as he is good with feints and believes that his style is hard to figure out.

Monroe of Philadelphia also will be making his pro debut.

The 26 year-old Monroe, had a brief nine-bout amateur career. Monroe began boxing at the age of 15, but became serious about the sport at age 21.

“I am happy to sign with King’s Promotions, and get my career started off.”

Cruz, 22 of Philadelphia via Allentown, Pennsylvania is a natural athlete.

The former college basketball player is very excited and familiar with King’s Promotions.

“The first boxing event that I saw live was a King’s Promotions event. I have been to three of their shows. I am excited because one of my favorite fighters is Alycia Baumgardner, and now I am promoted by the same company as her. I have seen what King’s Promotions can do, and I am very excited to start my pro career.”

Torres, Seawright, Monroe and Cruz will have their next fight’s announced shortly.