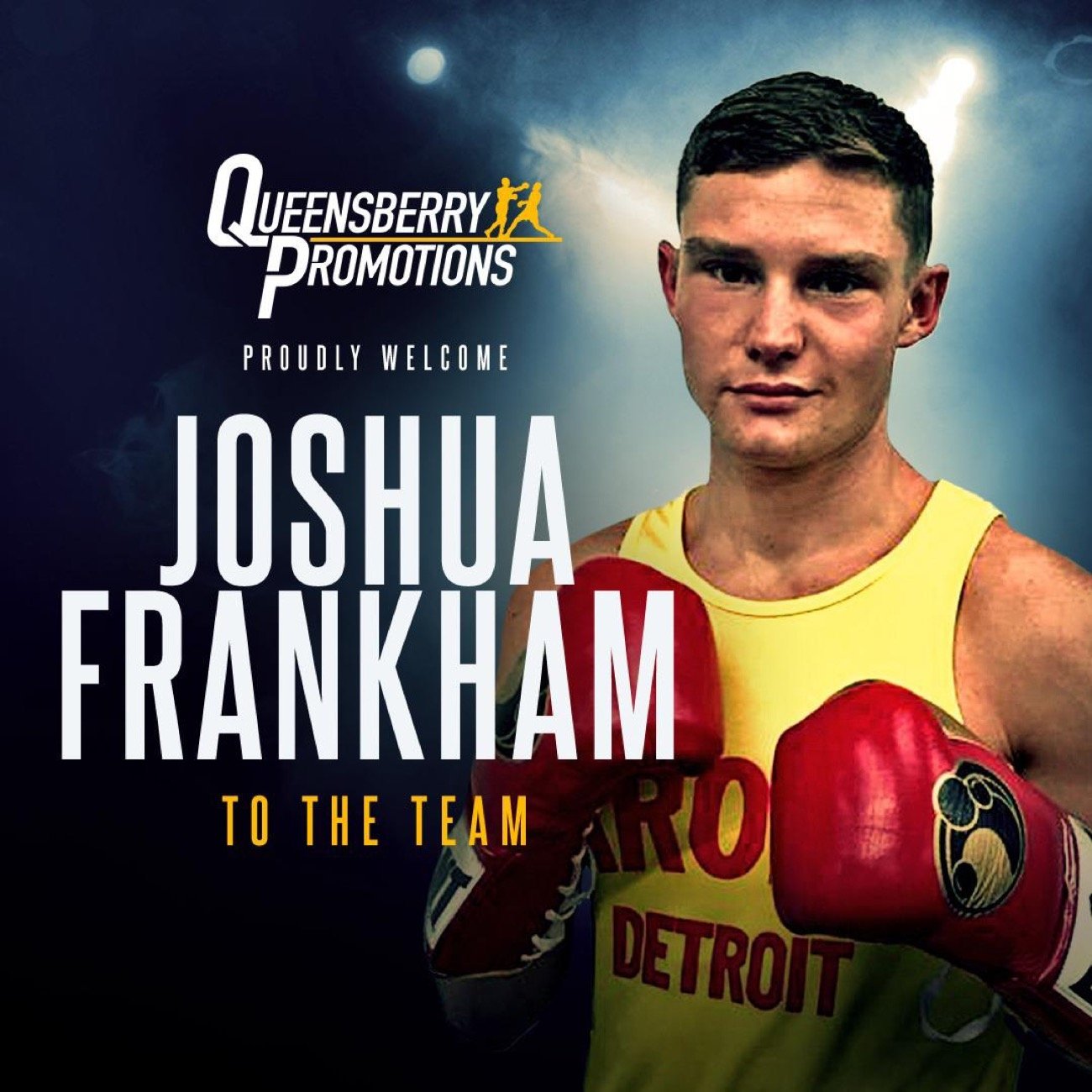 FOUR-TIMES NATIONAL champion and Tyson Fury’s cousin, Josh Frankham, has turned professional with Frank Warren and will make his debut under the Queensberry Promotions banner when boxing resumes following the current restrictions.

The 20-year-old super welterweight and former England international had 37 fights as an amateur – with only six going against him – and he describes the onset of his professional adventure as like winning the lottery.

“I am over the moon and just looking forward to making my debut and getting back in there,” said Frankham, who is trained by Wayne Batten in Southampton. “Frank just said to me to train hard, live well and he will look after me. With him looking after me I can do the business and try and go to the top.

Prior to his meeting with Frankham the Hall of Fame promoter received a message of endorsement from Fury and shortly after the new pro headed out for a five-day trip to Las Vegas that he will never forget.

“That meant a lot and I owe him everything,” added Frankham, who is also related to Paris Fury. “He sent Frank a little text to look after me.

“It was unbelievable and one of the best trips I have ever been on. The day after the fight we spent some time with Tyson and to grab hold of those belts made it some day.

“We had a good day with him, had a picture with his belts and a good chat to him. It actually got to me a bit when he won and I welled up a little.

“We’ve always been close and I have been with him since day one and haven’t just jumped on the bandwagon like a lot of people have.

“After watching him win that I couldn’t wait to get back in the gym the next week. I have been playing Patsy Cline’s Crazy for the last two weeks non-stop!

Promoter Frank Warren added: “Josh is another quality young prospect to add to our incredible pool of talent. As his name suggests, he comes from great fighting stock and he has been working hard for a long time down in Southampton in readiness to join the professional ranks.

“It is true that I received a text from Tyson on the morning of my meeting with Josh, so he certainly has friends in high places and I am sure the heavyweight champion of the world will be on hand to support his journey.”