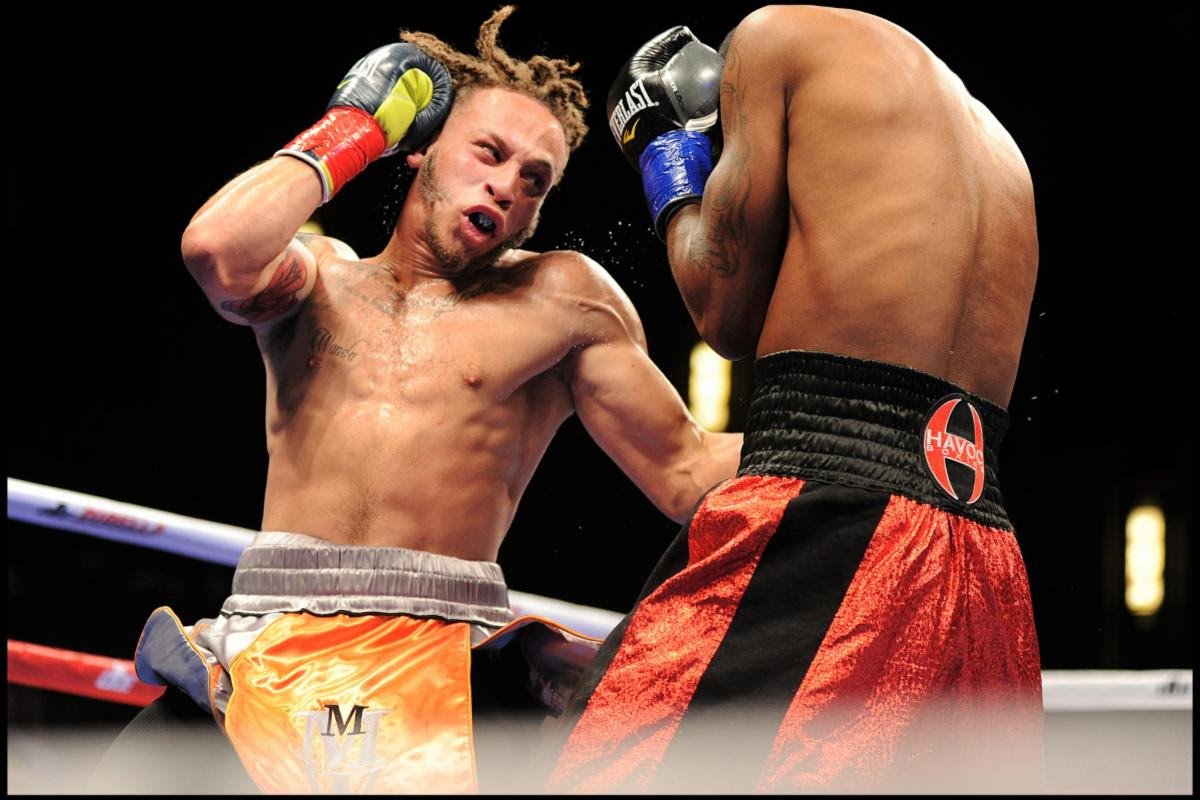 The true test for a genuine boxing prospect is how he or she responds to adversity, whether it included a loss, cut, knockdown or, in the case of “Marvelous” Mykquan Williams, a disputed decision that tarnished his perfect pro record.

The 21-year-old Williams, now 15-0-1 (7 KOs), was recently on the short end of a highly disputed eight-round draw with Tre’Sean Wiggins (11-4-3, 6 KOs), in the “Broadway Boxing” main event held at Generoso Pope Athletic Complex on the campus of St. Francis College in Brooklyn.

Nobody claimed the questionable decision was highway robbery, yet, most non-partisan fans at the show, or those watching live on UFC FIGHT PASS®, felt Williams rightfully deserved to have his arms raised in victory. Despite having a blemish placed on his pro record, he didn’t suffer a loss, and did retain his World Boxing Council (WBC) United States super lightweight title.

Williams’ opponent was a southpaw with a five-inch height advantage. Once he felt Williams’ power, especially in the liver, Wiggins went into survival mode, clutching and grabbing every time Williams got close.

Neither Williams nor his head trainer, Paul Cichon, was pleased when the judges’ scores were announced – 77-75 in favor of Williams, 76-76 twice – for a majority draw. Never-the-less, both feel that this developmental lesson will pay dividends down the road.

“The plan was for me to work inside,” Williams said after the fight. “The first and second were feeling out rounds and then I’d adjust. I didn’t feel from the start that he could hurt me. I wanted to get inside and beat him with body punches. I did that but I think I played to the crowd a little too much. I’d change that if I could go back. And I would have let my hands go more, but I won this fight because I landed the harder, cleaner more effective shots throughout the fight. He just wanted to hold.

“I’m disappointed because I was defending my title, but I didn’t lose the fight and I still have my belt. I ll have a lot to learn and I’ll be back in the gym soon to fix errors I made so that I won’t have those issues my next fight.”

Cichon felt that Williams won five if not six rounds because he was the aggressor throughout the match. “I was surprised,” he admitted. “Mykye was the champion and I thought that he (Wiggins) would have needed to win convincingly to win rounds. He didn’t. Mykye started using his double jab to get inside and then he killed his opponent’s body. The body shots brought Wiggins’ hands down. Mykye stalked and hurt him a few times.

“Mykye learned a valuable lesson like not letting the crowd get to him, and never letting up on the gas.Wiggins was smart. Every time Mykye got close to him, he grabbed him, especially after he felt Mykye’s powerful body shots. It may have been ugly, but he fought smart.”

Team Williams agrees that there’s no sense rushing Williams, after all, he’s only 21, but that 2020 should be an active, career-changing year for the East Hartford (CT) fighter.

“I’m ready to fight at the next level,” Williams concluded. “Time will tell. Styles make fights but I hurt him (Wiggins) several times.”

“We’ll jump back in the ring in early 2020,” Cichon added. “We’re looking to fight opponents with winning records, but not another six-foot southpaw.”

“I was very proud of Mykey,” Williams’ manager Jackie Kallen commented. It was a learning experience that will make him an even greater fighter. He is still undefeated and one of the top young prospects in the 140-pound division. The next year will be a pivotal one for him.”