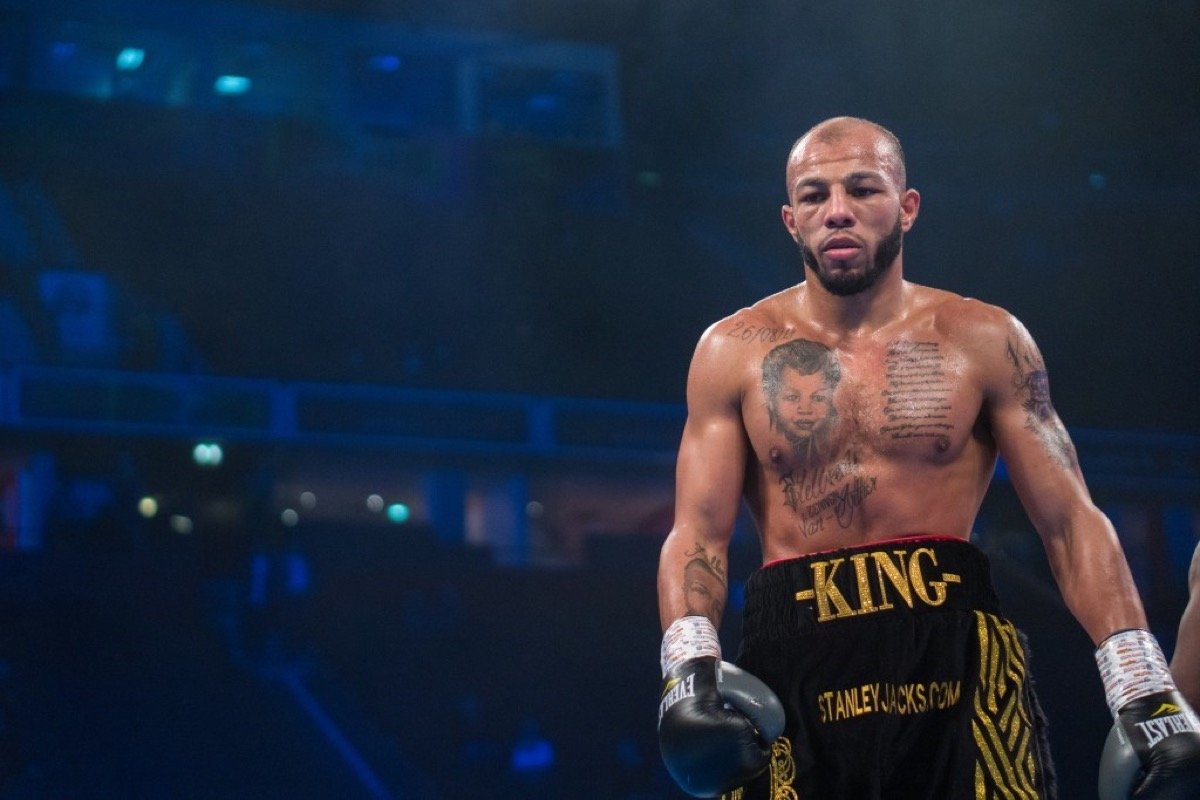 WITH ALL THE talk doing the rounds concerning the explosive British light heavyweights – namely Anthony Yarde and Joshua Buatsi – there is another who feels it is high time he too was added to the conversation.

Lyndon Arthur has amassed a record of 13-0 (10KOs) without too much fanfare to date and tends to be omitted from speculation regarding potential domestic dust-ups. He now wants in on the big fight gossip.

“I’ve been under the radar and it’s been working well while I’ve been learning my craft as a professional,” accepted ‘King Arthur’, a former Team GB standout amateur.

“It is getting to the stage now where we have to start making a bit of noise and have to start letting people know that I am not just a prospect. I am trying to be someone good in this division.

“My pedigree as an amateur was decent and as a pro I am doing quite well with 13 fights and ten knockouts.

“My name should be up there and it will be soon,” he insisted, adding that he would relish encounters with the likes of Yarde and Buatsi sometime soon, once he is up to ten round status.

“Of course, because when two British fighters get thrown in with a bit of needle it always makes for a great fight, so of course I want my name in there.

“If I keep winning and everyone else does then it is inevitable these fights will happen.

“I believe I am on a par with them and I believe with the right fights and a little bit more experience I will be up there. I need to get in a ten round fight because that is the only thing they have got on me now, being in the ten round camps. That is it.

“When I get to that there is no difference.”

How Much Would YOU Pay To Watch Fury Vs. Joshua? Hearn Says We Won't Have To Fork Out £40

Two-weight British champion Liam Williams is eager to return to action but remains open to the prospect of resuming his career at both 154lb and 160lb.

The Welsh wizard produced the performance of a lifetime to stop Mark Heffron and lift the British middleweight crown in Manchester back in December having previously won British, European and Commonwealth titles as a light-middle.

With Williams’ profile soaring, ‘The Machine’ will remain pragmatic.

“At middleweight, I felt very fresh, though and I felt I had plenty in the tank left even in the 10th round.

“It’s just about which division offers the better opportunity, the better money and the more exciting fight.

“The fight against Heffron was probably my best performance yet but I still believe there’s more to come. There are many more of that standard and better to come, for sure. I’ve really stepped up my game.

“I was doubted by many but I was always quietly confident in myself… ‘quietly’ until fight week or a week or two before. Then I told people I was going to win this fight. Basically, I shut a lot of people up and I don’t think they’ll doubt me so much any more.”

News of Williams’ next assignment will be announced in due course.

Nordine Oubaali is bristling with intent as he prepares to clash with old foe Rau’shee Warren for the WBC world bantamweight title on January 19.

The unbeaten Frenchman (14-0-KO11) conquered America’s Warren at the 2012 Olympics and is confident of repeating the trick in the professional ranks under the bright lights of Las Vegas’ MGM Grand.

Oubaali, who is receiving advice from the legendary Roy Jones Jr in camp, told Showtime: “The day has finally come when I will be taking the world championship home with me to France.

“The opponents and dates have been changed quite a few times but I’m the WBC’s No. 1-ranked fighter and I’ve been waiting for my opportunity. I’m here to beat anyone put in front of me – it doesn’t matter what their names are.

“Warren is a good fighter and I will adjust to what he brings that day. He will discover my strategy inside the ring too. I will beat him.

“I believe everything happens for a reason and I feel at home everywhere because the ring is my house and that is where we’re going to be meeting.”

Oubaali’s trainer and brother Ali Oubaali added: “Warren is a good fighter but not one of the best. Nordine is better than him and he will prove it in the ring on the night.

“Our training camp has been good and we’ve adjusted well to the postponements. I believe that on January 19, Nordine will be in the best shape of his life and will show it in the ring.”