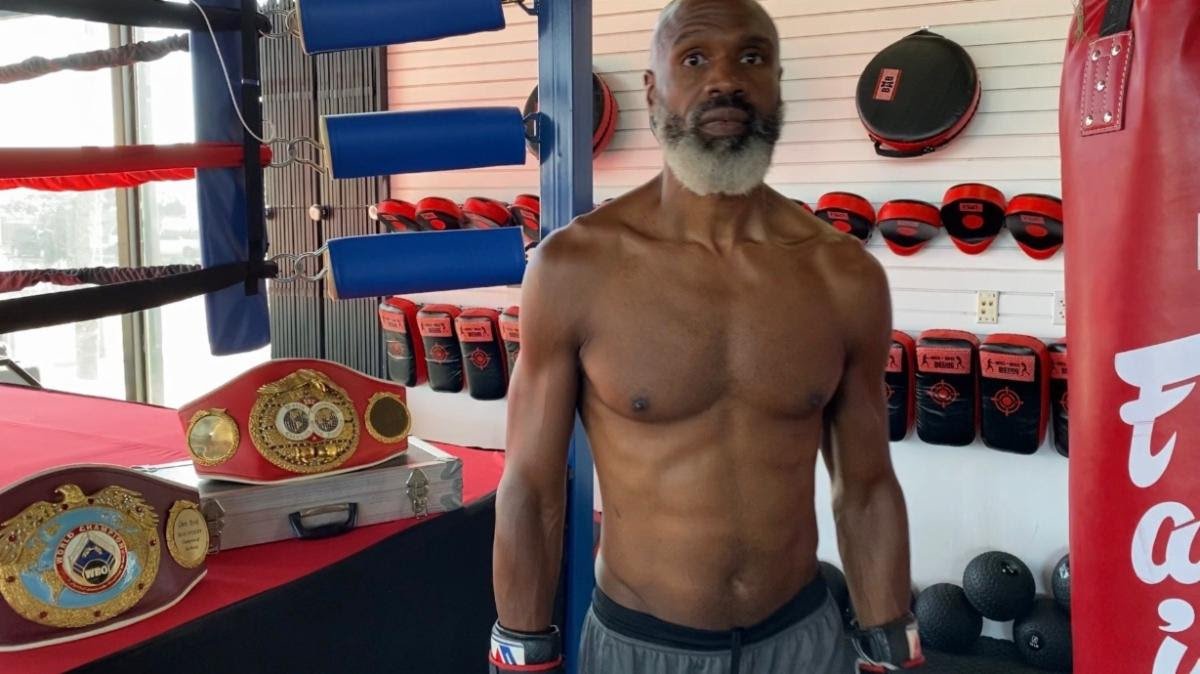 Two-time World Heavyweight Champion Chris Byrd is back in the ring after a prolonged series of health challenges. Following his Hall of Fame worthy career at heavyweight, which included wins over Vitali Klitschko, Evander Holyfield, and David Tua, Byrd (47-5, 22 KOs) suffered from severe neuropathy and chronic pain from fighting far above his natural weight.

“Nobody wanted to fight me at middleweight, so I ate my weight up to heavyweight, And I paid for it. I went through 11 years of suffering. A few years ago, I couldn’t even move my feet apart. The pain in my left leg was so bad that some days I just wanted to cut the whole thing off. I had to make drastic changes and choices in life to get where I am today,” said Byrd.

Looking chiseled and svelte at 163 pounds, the 50-year-old Byrd’s transformation began nearly three years ago when his daughter was engaged to be married. The idea of being unable to walk her down the aisle pained Byrd, as he was willing to do or try anything that could help improve his condition, and let him be there for the ones he loved. He changed his eating habits – stopped consuming all those things that he was allergic to (wheat, sugar, and dairy) and switched to a plant-based diet.

A chance meeting with a medicinal cannabis expert proved particularly fruitful in Byrd’s road to recovery. Byrd began a therapeutic regimen of juicing fresh cannabis leaves and utilizing CBD oil and topicals. He consumed ample hemp hearts as a complete source of protein and essential fatty acids. In short order, the ferocious pain he had felt in his left leg and the fatigue that he had battled his entire career began to subside.

By early 2020, Chris had reached a plateau in his recovery “at about ⅔ of where [he is] today.” He then discovered Aaron Cameron, Director of Club Q360, in Malibu, California. Cameron is widely known as the husband of film star and “Real Housewife of Beverly Hills”, Denise Richards. Under Cameron’s guidance, Chris began undergoing radio and sound frequency treatments to treat his neuropathy. According to Byrd, these treatments took his healing to a level – relieving his pain and greatly increasing his mobility.

“Aaron is a fantastic person, unique with a great mind who is an expert in radio and sound frequency work. Doctor’s had told me I would need my shoulders and hip replaced. After my treatments with Aaron, all of that changed. Aaron really wants to see people get healed and he really cares for the people he works with.”

“Chris’ recovery has been nothing short of miraculous,” said Split-T Boxing’s David McWater. “To see where Chris was only a few years ago to where he is now is remarkable. It’s an honor to be able to help him on this path.”

Considering all that he has accomplished in both his professional career and in his dramatic post-career transformation from struggling heavyweight to vibrant and virile middleweight, there is nothing that can stop Chris Byrd.

“I really want to show people that it’s never too late to accomplish your goals, and live out your dreams. My reflexes are razor sharp, my strength is phenomenal, and I’m more focused than I’ve been. I feel I’m ready to make a return to the ring, and with the help and guidance of Split-T Boxing, I hope to make it a reality.”