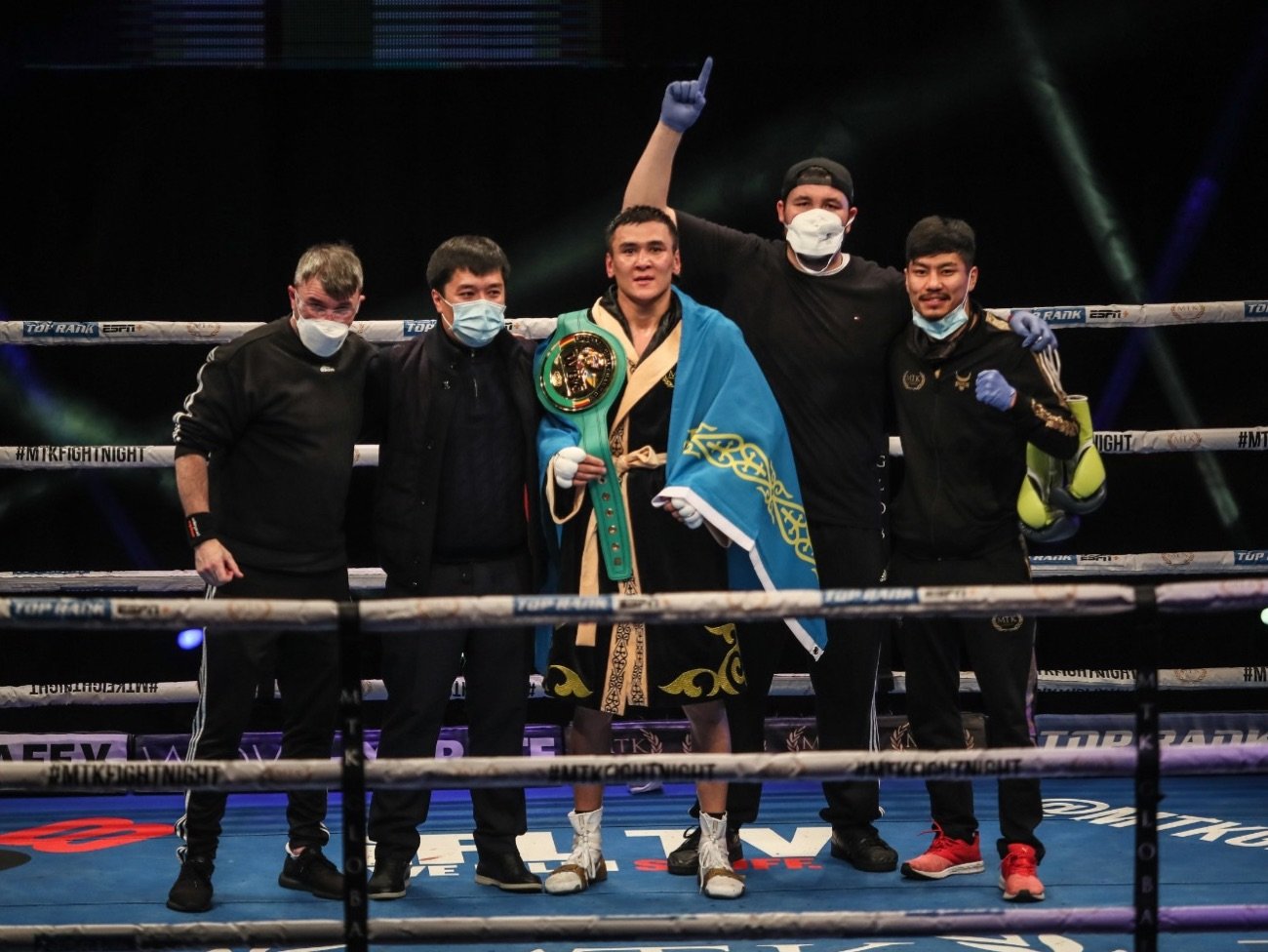 The two men were fighting at Production Park Studios in Wakefield, with the event broadcast live on ESPN+ in association with Top Rank, and worldwide on IFL TV.

Kulakhmet was able to win the fight by unanimous decision, sending out a big statement to the rest of the super-welterweight division.

Elsewhere on the card, there were impressive wins for Jack Rafferty, Paddy Donovan, Lewie Edmondson, Jack Martin, and Danny Murrell. Detailed results and quotes from the event can be found below.

Kulakhmet (2-0, 2 KOs) was in control throughout the fight, and was able to secure a knockdown at the end of the seventh round. McGowan (14-1-1, 3 KOs) was able to recover and the fight went the distance, with all three judges scoring it 99-89 in Kulakhmet’s favour.

Kulakhmet said: “I’m very happy to have my second fight in the UK. This is the land of boxing, and it is growing year by year.

“I hope I gave a good performance for the fans in the UK. I want to fight for a world title by next year. I was happy to fight for this title in my second fight, and I want to thank MTK Global because they gave me this opportunity.”

There was a sensational battle between Jack Rafferty and Tom Hill, with Rafferty earning the victory after eight fantastic rounds of action.

Rafferty (13-0, 7 KOs) had a fast start to the fight, but Hill (9-2, 2 KOs) was able to come back into the fight during the mid-rounds. Rafferty stepped on the gas in the second half of the fight, landing a number of fantastic shots.

The fight went the distance, with Rafferty picking up the victory after the referee scored the bout 78-75 in his favour.

Rafferty said: “This was my first eight rounder and my first proper test, and I loved it. It’s alright getting the lads out early doors but you need tests like this as I step up in the ranks.

“I knew I had to work hard and knew he’d have a good four rounds in him, but then I had to carry it on to win the fight. I’m training alongside world champions, and that brings me on.

“I’d love Florian Marku next. I think MTK Global tried getting that fight on already, I’m ready for step ups like that. I want to challenge myself more and I’ll be staying in the gym waiting for the call.”

The 21-year-old again showed why he looks destined for big things in the sport, with the referee scoring the fight 60-55 in the Irishman’s favour.

Donovan said: “We knew it would be a tough fight. It was a step up, and I was listening to Andy Lee about what was needed. These guys will test me. I’ll progress and get better.

“It’s great having Andy in my corner to give me the advice. Camero had great fitness and a great engine, so I knew he wouldn’t be easy to get him on the backfoot, so I had to step back and let my hands do the work and counter him.

“Sometimes you can sense they’re ready to go, but he recovered fast and he came back straight away. We need to keep stepping up, I’m still only young at 21, and I’ll build up the ladder and it will make me a better fighter.”

Lewie Edmondson extended his unbeaten record to 3-0 thanks to a four rounds points victory against Scott Williams.

Edmondson (3-0) was returning after a training camp alongside Billy Joe Saunders in Fuerteventura, and he showed exactly what he has learned by training alongside the world champion by landing some great shots during the bout.

The fight went all four rounds, and Edmondson got the win in dominant fashion thanks to a 40-36 scorecard from the referee.

Edmondson said: “I feel like I won really well today. It’s a very different experience as I’m used to having a big crowd coming and then you work off the back of it.

“At the end of the day we’ve got a job to do so we’ve got to do it. I’ve been out there in Fuerteventura learning off Billy Joe Saunders, and I can’t thank him and MTK Global enough for getting me out during this tough time.

“We worked on staying composed, and now after this win we’ll hopefully be busy and push on. I want to get a few more fights and see what they have got planned for me.”

There was a brilliant battle between two unbeaten fighters, as Jack Martin got the win over his former amateur rival Inder Bassi.

It was non-stop action in the fight, and Martin (4-0) was getting the better of the exchanges by hitting Bassi (2-1) with a series of hard shots.

Both men gave it their all during all six rounds, and it led to the referee awarding the fight 59-55 in Martin’s favour.

Martin said: “I’m buzzing. I’ve been waiting for my opportunity for so long, and I knew it would be hard but I had to seize it. Everyone that is watching back home, that’s for you.

“Lockdown was hard, and it got me a bit depressed. I’m the only pro at my gym and they couldn’t open it and I couldn’t train. I thought things were going to go downhill, but I stuck my mind to everything and I’ve shown people what I’m about.

“I think Bassi underestimated me, and we knew as soon as he felt the power he wouldn’t like it and would back off. I’ve got to thank my dad in my corner and the rest of my team, as they put endless hours in for me.”

Murrell’s (1-0) debut had been much hyped, with fans eager to see how Dave Allen’s protege performed, and it was a stylish performance from the 18-year-old.

He was able to get the victory after the referee scored it 40-37 in his favour, giving him a great start to life in the paid ranks.

The action returns to Production Park Studios on December 2 with the Golden Contract finals, as Jazza Dickens faces Ryan Walsh in the featherweight final, and Ricards Bolotniks takes on Serge Michel in the light-heavyweight final.