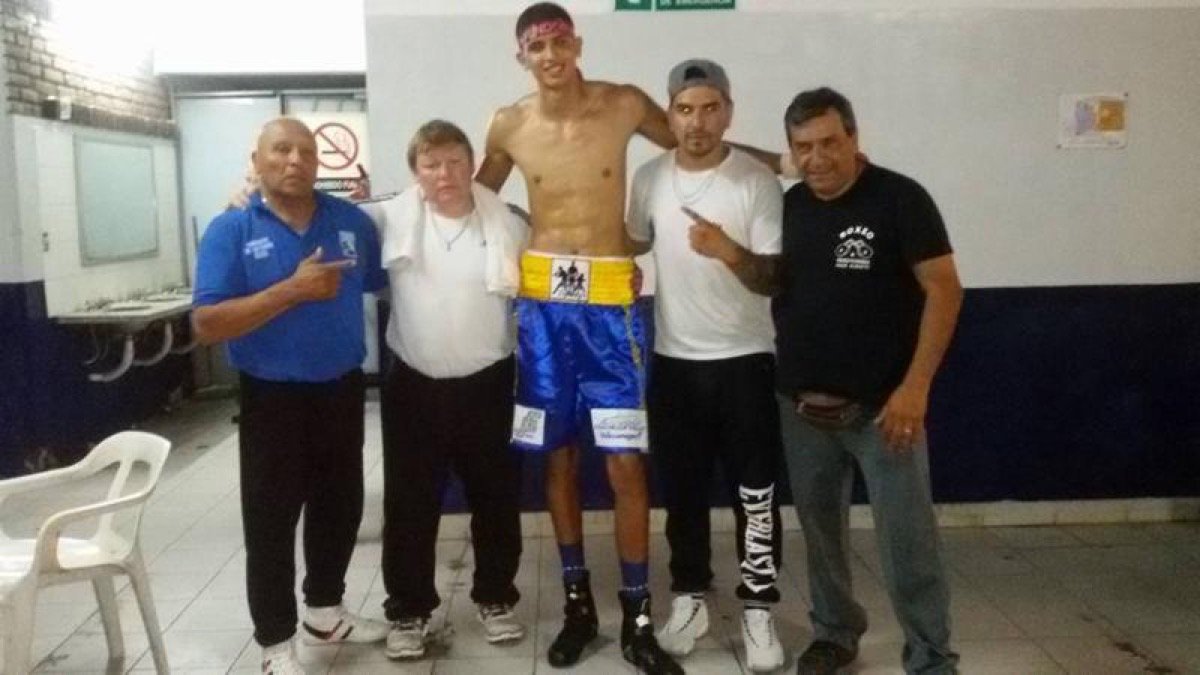 The Uruguayan businessman has given the boxing world, among others, hall-of-fame world champions Manny Pacquiao, Sergio Martinez, and David Benavidez, the youngest super middleweight champion in boxing history, from seemingly out of nowhere.

Still, when he started claiming that 6′ 7” super welterweight Sebastian “Towering Inferno” Fundora was his next great find, some found it hard to believe. How could a fighter that thin absorb punishment from, and match power with, more muscular, traditional-sized 154-lb fighters?

To be sure he had the goods once again, Lewkowicz has continued to test the 21-year-old giant, putting him in with quality opponents from the start of their association.

READ:  Fightnight Live Unveils New $5 PPV Option To Help Fighters Get Back Into The Ring In June

And true to Lewkowicz’s word, Fundora (12-0, 8 KOs) has passed every test with flying colors. And after taking away three fighters’ undefeated records in nationally televised showdowns, he continues picking up speed as “contender to watch” in one of the sport’s most exciting and talent-rich divisions.

This past Saturday night, February 16, Fundora was back in action, in an eight-round super welterweight battle against 30-year-old Donnie Marshall (now 10-1, 6 KOs) at the Microsoft Theater in Los Angeles, and live nationally on PBC on FOX.

And once again, he didn’t disappoint.

Fundora needed under three rounds to drop and stop (time 1:08) the formerly undefeated Marshall in a performance that had legendary boxing figures and TV commentators Lennox Lewis and Joe Goossen praising him as a “machine” and a “bad dude.”

“Everyone is finding out what my dad and I already knew,” said Fundora of himself and his father/trainer Freddy. “We knew I could do this and do it well before anybody else. Now the secret is out.”

Unlike other tall fighters, Fundora likes it rough and on the inside. He comes forward constantly, whipping southpaw lefts and wicked uppercuts while showing an iron chin and fantastic cardio conditioning.

It was one of those uppercuts that dropped Marshall and started the end of the fight.

“The uppercut is so natural for me to throw hard and people talk about my uppercut a lot, but I always feel like my straight left is my best punch,” he continued. “The uppercut knocked him down, but the one that made it clear the fight was over was that straight left I hit him with after he got up.”

Overall, Fundora, who at 21 and with just 12 fights, says he’s still five or six fights away from taking on a top-10 foe, but admits he’s happy with his performance and of the glowing reviews he received.

“It feels good hearing stuff like that from legends like Lennox Lewis and Joe Goossen. I’m pretty happy with my performance. I thought I looked good. I called my brother after the fight. He asked why was I getting hit with unnecessary punches? If felt like I could walk over this guy pretty easily and not have to protect myself. I will work on defense for next time, but I didn’t have to worry about it as much against him. The only thing that scared me about this fight is we slid on the ice driving up to Big Bear for training camp. That could have been pretty bad.”

Fundora says the talk is he will be back in early May.