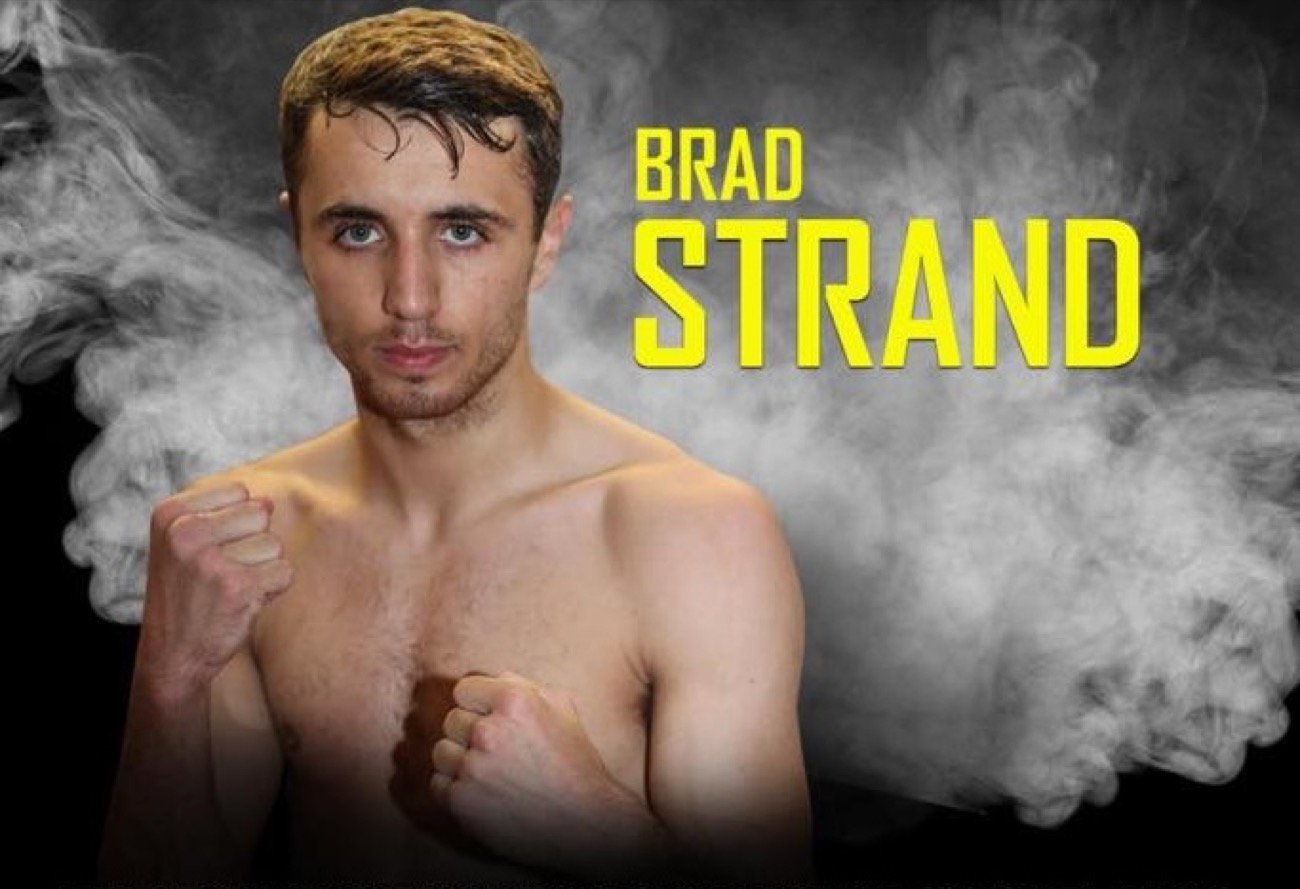 Unbeaten 23-year-old super-bantamweight talent Bradley Strand (3-0), trained by Paul Stevenson at the thriving Everton Red Triangle Gym, is staying positive and setting himself new goals despite “all the madness 2020 is throwing at us”, he said in his own words.

Although the ABA Elites champion hasn’t been able to continue his boxing training at home, he has still been working hard to keep fit, he explained, “I’ve still been running, but haven’t been able to do any punching because I haven’t got a bag up in my house. I’ve just been doing the same distance runs and sprints as well, just trying to beat my times, so I still set myself goals to aim for; I’ve got to have something.”

Strand is one of very few professional boxers that has already fought this year when he won on points over four rounds against Taka Bembere (1-15) last February in his home city of Liverpool on a Black Flash Promotions show.

“Yeah, at least we got a fight in before all this started, I know many others haven’t, so got try to take the positives out of it,” he enthused.

Strand’s gym works in association with promoter Pat Barrett’s Black Flash Promotions, who schedule their events for the entire year. They had five shows all booked in for 2020, but only one has gone ahead and two have been cancelled already, with just a September and November date still listed, but looking increasingly unlikely.

“I honestly couldn’t tell you if the shows will go ahead,” Strand said. “If they allowed sporting events, you wouldn’t get the ticket sales like before; small hall shows rely on the ticket sales, they’ll suffer the most out of all of this, but TV promoters will be safer because they have the TV backing behind them.

“Even after lockdown lifts, people are still going to be weird about going to places, because you can never be too careful at the moment. But starting footy and boxing up again, well, I can’t see them having crowds at events for a while yet.”

Britons Amir Khan and Conor Benn have each been outspoken in their refusal to box behind closed doors without fans in attendance, but Strand does not share their opinions.

“Yeah, as long as I’m fighting, I don’t care,” he was quick to say. “Ask the majority of fighters and they’ll fight behind closed doors. I know they are planning shows behind closed doors, so I’d like to think they’ll allow that, and I hope to get on one. With me only just signing with Frank [Warren], I’d probably be at back of the queue though. We’ve never been in a situation like this ever before, so no one really knows how to handle it.”

He then went on to share his revised goals for the rest of the year, should normalcy return, “I’d hopefully like to be aiming to fight towards the end of the year, it’d be good to get one more in this year if I can. I just have to carry on the way I’m going and hopefully get back into the boxing gym and better myself, that’s all you can do.

“The lockdown has defo made me hungrier. I’m hungry to get back in there after all this sitting around and just having nothing to do. I’m normally always in the gym, and there’s always something in your head to focus on, but having no dates ahead to look forward to, it’s been hard. That’s why I’ve been setting myself other goals with the running.

“People are saying boxing might not return properly until next year, so it gets to your head. You’ve got to be mentally strong in boxing otherwise you won’t go anywhere.”

Strand’s gym where he sharpens his skills – the Everton Red Triangle in Liverpool – is celebrating its centenary this year and has a triumphant and rich history. Of recent times, British, Commonwealth and European flyweight champion Kevin Satchell was a successful product of the Liverpool-based boxing club, who retired undefeated in 2016.

Now, in 2020, the club proudly boasts an Olympian and one of Britain’s brightest amateur boxing prospects, Peter McGrail, who is a Commonwealth Games and European champion.

The thriving amateur division at the club is joined by a septet of unbeaten professional prospects all trained and carefully guided by head coach Paul Stevenson.

Despite their distancing, the tight-knit group are still connected, Strand explained, “We’re all in a group chat together, so we all speak quite regularly. Paul [Stevenson] sends us boxing videos to watch and study, and he’s always calling regularly.

Elaborating on his coach, Brad beamed, “He’s boss, even just motivation-wise; during lockdown he always says, ‘don’t forget you’re a boxer, don’t be sitting on the couch everyday’.

“It just takes time for the gym to get more recognition. I think it’ll only take another few years before people realise just how good the gym is, because we’re all still young, so that’s why people ain’t really looking at us yet, but in few years it will all change.

“When Peter [McGrail] turns professional, the gym will get more recognition, I believe, and his little brother Joe, he’s only 16 and he’s a killer as well!”

Everton Red Triangle Gym, in association with Black Flash Promotions, plan their entire year’s events ahead. Unfortunately, due to the pandemic and subsequent ban on all boxing events under the jurisdiction of the BBBofC, May and July’s events have been cancelled. The remaining planned dates are September 5 and November 14.