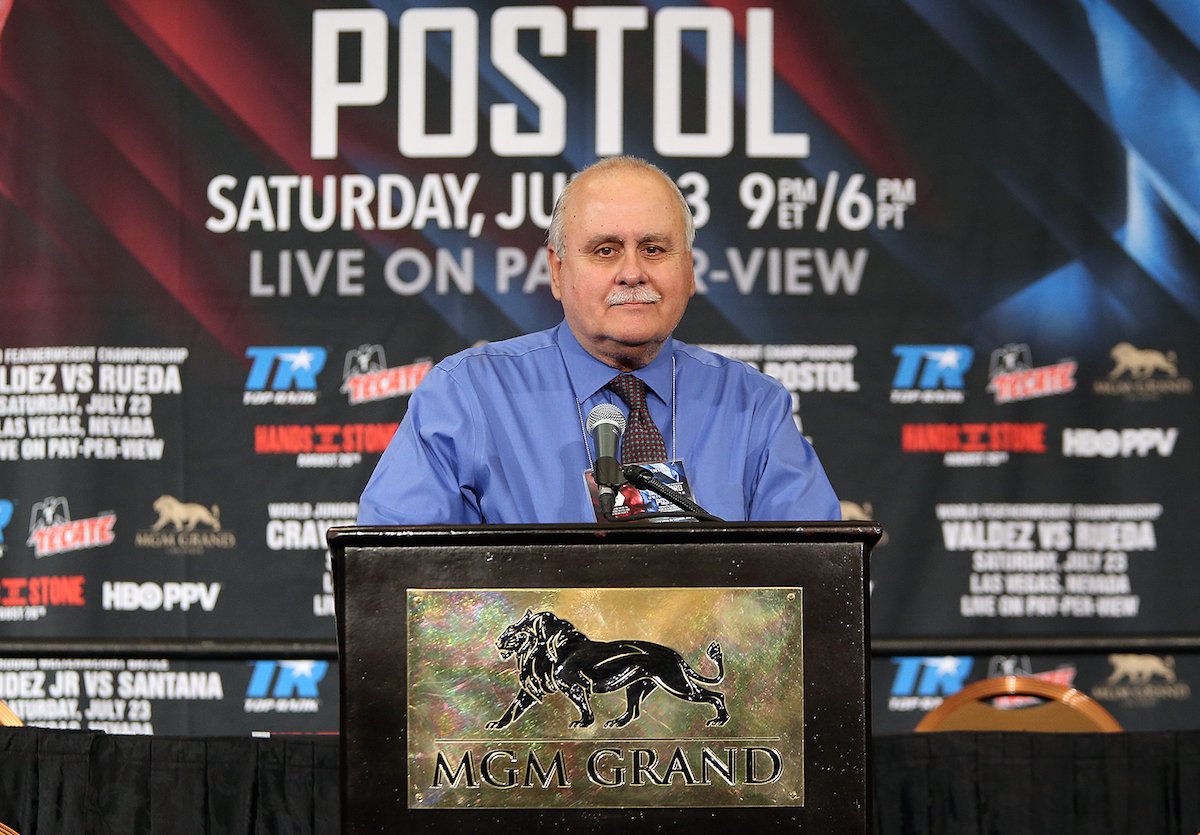 Top Rank is proud to announce that Lee Samuels, the company’s chief publicist for nearly four decades, will be inducted as part of the International Boxing Hall of Fame (IBHOF) Class of 2019 in Canastota, N.Y.

Samuels is only the second publicist to receive this honor following his mentor and former Top Rank public relations chief, Irving Rudd, who was inducted as part of the Class of 1999. Samuels is the fifth member of the Top Rank family to receive boxing’s highest honor, joining Rudd, Founder and CEO Bob Arum (1999), longtime matchmaker Bruce Trampler (2010), and the late matchmaker Teddy Brenner (1993).

“This is a tremendous honor, the biggest in the sport of boxing,” Samuels said. “Bob Arum hired me in 1983 to be part of a new ESPN Thursday night boxing series. Todd duBoef, our president, personally helped my family when we needed it the most and kept us going. It’s incredible for me to join Top Rank’s greatest publicist, Irving Rudd, in the Hall of Fame. I love interacting with media from all parts of the world. There is no night like fight night and being with the writers and our Top Rank family on press row. I would like to thank all of the great champions, contenders and prospects I’ve worked with throughout the years. You have all made this possible.”

Read:  Fernando Vargas Jr. and Brother Amado in Action this Friday in Mexico

“For decades, Lee Samuels has been outstanding in disseminating information about boxers and boxing to the public around the world,” Arum said. “He truly deserves the honor of being inducted into the International Boxing Hall of Fame.”

“There are few individuals more deserving of this honor than Lee Samuels,” Trampler said. “I am honored to have known him for decades as a friend and a colleague. Welcome to Canastota, Lee!”

A native of Pennsville, N.J., Samuels cut his teeth as a sports writer at the Courier-Post and the old Philadelphia Bulletin. At the Bulletin in the late 1970s and early 1980s, he covered many of the sport’s leading lights, including Muhammad Ali’s historic victory over Leon Spinks on Feb. 15, 1978 in Las Vegas. After the Bulletin shuttered its doors, Samuels joined the Top Rank team, working out of an office in Atlantic City but spending most of his days on the road.

From Leonard vs. Hagler and De La Hoya vs. Trinidad, to De La Hoya vs. Chavez I and II and Mayweather vs. Pacquiao, Samuels has been an integral part of many of the biggest fights of the 20th and 21st centuries. Come June, boxing’s nicest guy will take his rightful place among the sport’s all-time greats.

Earlier today, the International Boxing Hall of Fame (IBHOF) announced that Tony DeMarco (58-12-1, 33 KOs) would be inducted with the Class of 2019. Induction weekend will take place June 6-9 of next year at the IBHOF’s headquarters in Canastota, NY.

A resident of Boston’s North End neighborhood, DeMarco, known throughout the boxing world as “The Fleet Street Fury,” defeated New Jersey’s Johnny Saxton in 1955 for the world welterweight championship. At 86, he is the oldest living former world champion.

Over the course of 2018, DeMarco has been a regular at Boston Boxing Promotions events, greeting fans and signing copies of his autobiography, Nardo: Memoirs of a Boxing Champion.

“I have an overwhelming sense of pride hearing the news that I will be enshrined in Canastota at the International Boxing Hall of Fame next June,” stated DeMarco when reached for comment. “I think of my colleagues in the New England boxing scene from the 1950’s like Rocky Marciano and rivals like Carmen Basillio who are already honored there and I look forward to the recognition of being ackowledged amongst them in the Hall of Fame. I thank my family, friends and countless supporters who have rallied to see this moment happen. The saying ‘better late than never’ has never been more appropriate than it is right now. I can’t wait to see everyone on Induction weekend.”

Tickets for Boston Boxing Promotions’ next event, “Friday Night Fights,” scheduled to take place on January 25, 2019 at the Castleton Banquet & Conference Center in Windham, NH are on sale now at www.BoxingNH.com and make a great holiday gift.