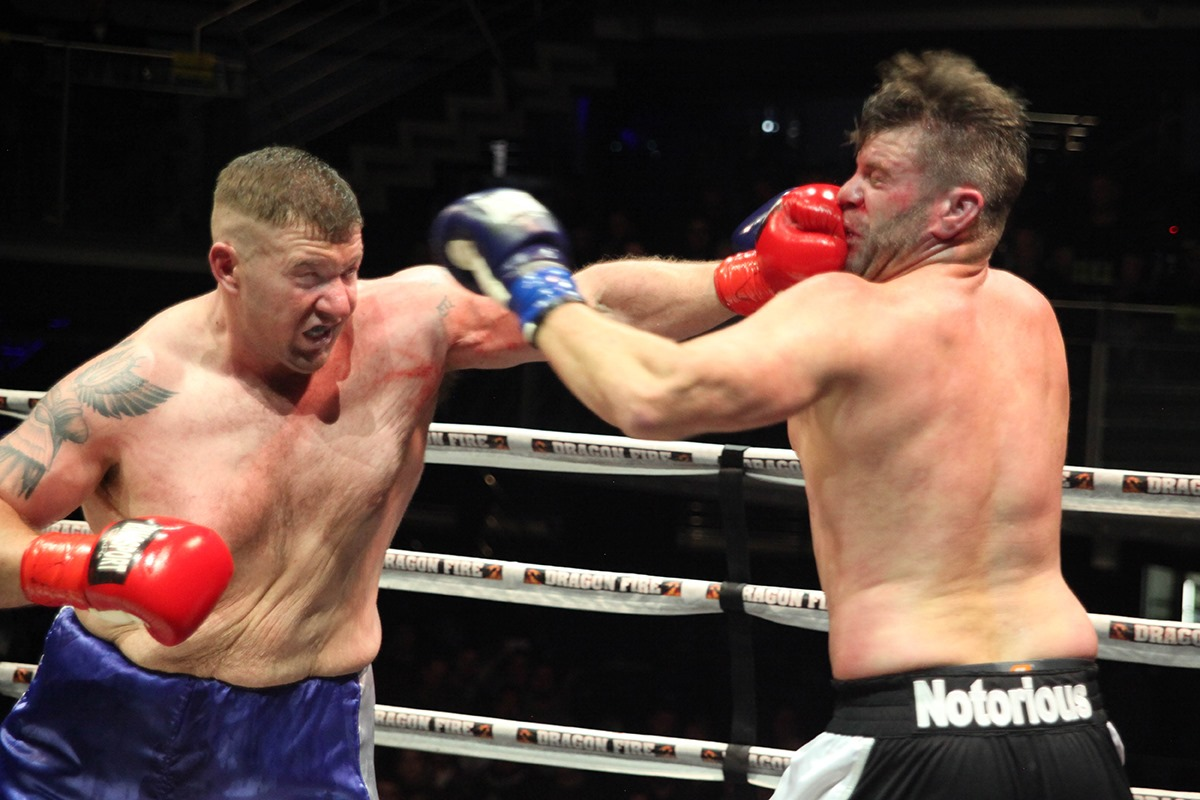 The Dragon Fire Boxing Thunderdome series have been ever-present in Australian boxing for decades, with numerous fighters emerges from boxing so-called developmental regions to become world level fighters. The most notable recent emergences come in the shape of the Moloney twins, who both await their own respective cracks at the world title.

The Thunderdome shows always produce crazy levels of action, and the thirty-first edition of the series failed to disappoint and Australian Boxing mainstay Tony Tolj gave his take on their latest show.

The Australian boxing tycoon stated, “We kicked off the show with an impressive debut from Wazza Michael Warren. Adam Milnes a true warrior will be back I’m sure, just got caught cold by a great shot. The Winter Soldier Dylan Winter in the fight of the year to that point on the night. Jed Bolton always comes to fight and that was an absolute beauty.

“The Removalist Francis Chua impressively stopped the Renegade who was a willing competitor but he could not handle the power of Chua. Kazeem The African Dream stopped Pino Geracitano in a fight that saw Kazeem box very for his pro debut. An absolute war ensued between The Man Mountain Shayne Smith and Hayden wright went to war. Smith an absolute warrior who unfortunately was hospitalised post-fight.”

Tolj continued as he described the title action that ensued at the top of the card, “Floyd Masson turned what we thought was going to be a technical fight into a brawl which saw him emerge as Western Australian Cruiserweight Champion. This was followed by a Gatti Ward style fight of the year contender between Nigel Groves and Troy Humberston. It was a fight for the ages and congratulations to Troy on becoming the new W.A State Heavyweight Champion.

“We finished with Jesse White and Brice Roullo closing the show in style who didn’t disappoint as Jesse was made to dig in to become W.A. Middleweight Champion. It was a fitting end to a fantastic night of action.

“I would also like to say thank you to

WBA World 15 Michael Bullet Kaplan and IBF Pan Pacific Champion Steve Gago Vittorio Agostino Donna Sadler and Kylie Hutt. I have so much respect to the fighters who come to the shows and support when they aren’t fighting. They are an example to the industry.”

As aforementioned, Tolj guides the careers of the hottest set of brothers in world boxing at the moment in the Moloney twins. The Perth native gave an update on the twins’ next move.

He said, “The Moloney’s are keeping active in the gym and we look to have some concrete news on them in the next week or so, but we are awaiting that final confirmation from Top Rank and when we do we will announce it immediately.”