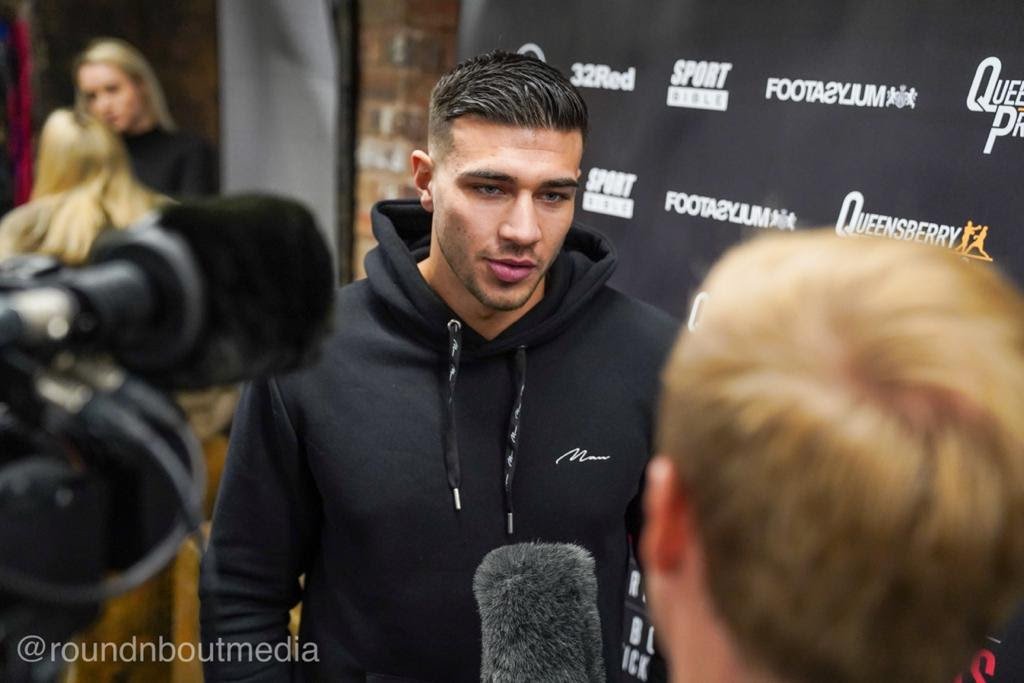 AHEAD OF HIS HUGE RETURN on December 21st Tommy Fury has assured fans that he is 100% ready to get back in the ring.

At a media workout at the Henrietta Street Gym in Birmingham he said it was “all systems go” for his return and rubbished any idea that he might have stayed away from boxing for good.

With his famous girlfriend Molly Mae-Hague looking on, Tommy told IFL TV that “a lot of people ask me why I’m doing it, why I’m going back to boxing. It’s because it makes me happy.”

He admitted that he’d had offers to capitalise on the good looks that brought him legions of fans throughout his stint on ITV’s Love Island but insisted “I’ve never wanted to be a model. I couldn’t care less.”

After an action packed workout which featured appearances from Sunny Edwards and Liam Williams, Tommy was put through his paces by dad John Fury.

When asked by IFL about his current training situation, and why former coach Ricky Hatton wasn’t present, he said his newfound celebrity status brought with it a schedule that made training tricky and only his dad was able to work around that.

“My schedule is so busy, I can’t make the same time every day. I have other commitments.”

He continued “Life is not the same as it was 6 or 7 months ago. It’s very different and I’m fortunate to have my dad there as he helps train me around my hard schedule.”

“It is hard, not everybody can adapt to the schedule but my dad has.”

After a long layoff, during which time he has become a reality TV star and household name, questions of ring rust are only natural but Tommy is adamant he is approaching the fight like a true professional.

Clearly buoyed by the success of his brother Tyson, who he revealed would be ringside for the fight, Tommy vowed to treat all of his fights like a World Title fight.

And when asked for a prediction for Tyson’s next fight, an actual World Title fight, he was clear there was only going to be one winner: “Deontay (Wilder) can’t live in Tyson’s world.”

But that is a question for 2020, for now fans are ready to see what’s going on in Tommy’s World when he returns to the Light Heavyweight Division on December 21st at the Copper Box Arena.

Tickets for Dubois vs Fujimoto, plus the return of Tommy Fury, are now on sale via Seetickets and via Ticketmaster