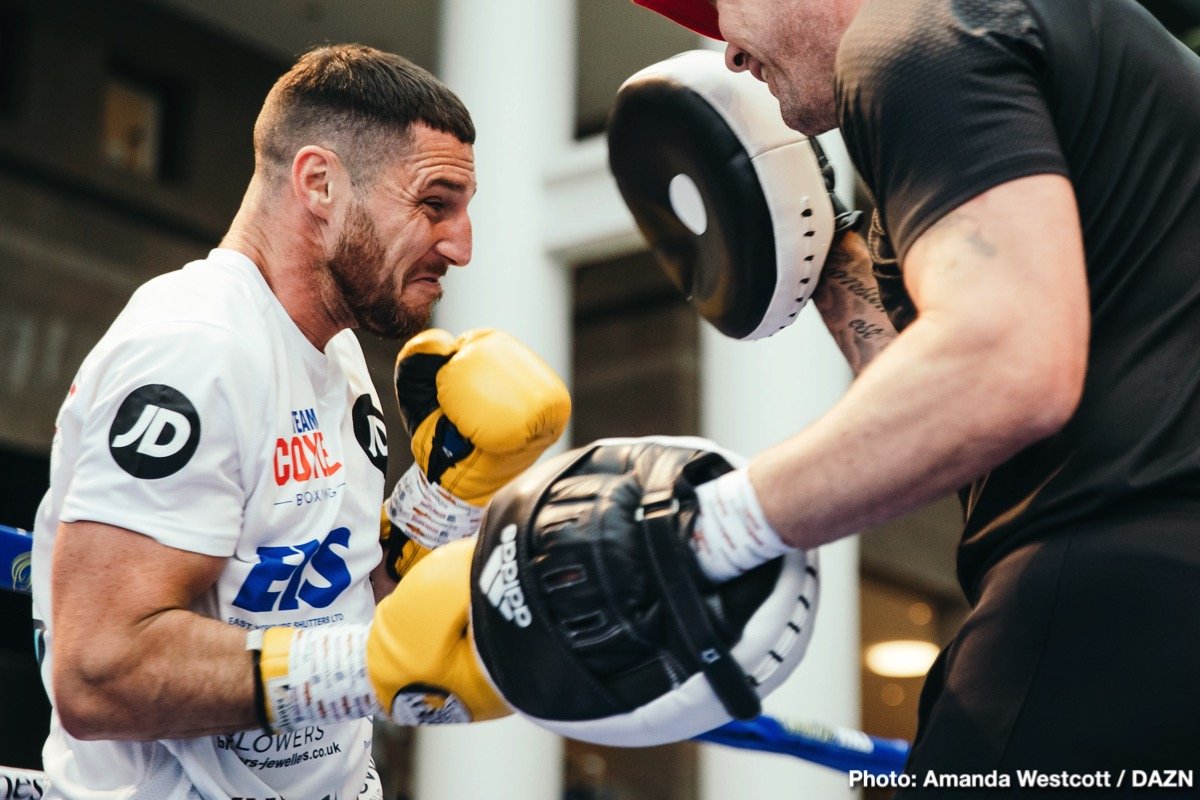 Tommy Coyle hopes that a win over New York’s Chris Algieri in the biggest fight of his career this Saturday June 1 could lead to his first ever World title shot.

Coyle is fresh from his exciting US debut in Boston in October where he introduced himself in typical style, sharing ten now trademark back-and-forth rounds with local favourite Ryan Kielczweski to win on points over ten.

The Hull ace returns stateside to take on Algieri for the WBO International Super-Lightweight crown at Madison Square Garden in New York, live on DAZN in the US and Sky Sports Box Office in the UK, knowing that a victory would catapult him into the reckoning for a shot at World ruler Maurice Hooker.

“I wouldn’t like to be Chris Algieri; I’m bang up for this!” said Coyle. “I just feel I’m coming into my own, in the last 18 months I’ve improved so much as a fighter. It’s all come together and completed me as a fighter.

“It’s his hometown but I think I’ve got enough in my armory to come away victorious. It doesn’t faze me that I’m the underdog. I think we’re both cut from the same cloth. It can only go one way and I think that’s a war.

“Fighting in America last time was a massive tick on my bucket list. Now I’ve got a second chance at the Mecca of Boxing, this is simply different class. I can’t wait to get in there and put on a show, like I always do. The Garden has hosted some memorable fights down the years so to fight there is an honor.”

Algieri feels he has unfinished business with the WBO Super-Lightweight belt having never been able to defend it, but Coyle believes that the Huntington hitter has had his moment, and that it’s his time to move into the latter stages of his career at the highest level.

“I met Chris at the Rocky Fielding vs. Canelo Alvarez fight,” said Coyle. “Initially I walked past him and Jamie Moore said ‘Do you know who that is?’ – I was a bit shocked how tall he was to be honest! I didn’t recognize him, he was so big. I said to him ‘You’re too good looking to fight!’

“He’s a great fighter, he’s been in with a long list of top names. Only very good fighters take Pacquiao the distance and he beat Provodnikov for the World title. I know that this is a hard fight but this is my time and I think Chris has had his.

“The way I fight puts a lot of miles on the clock, so I want to get out of the game with all my faculties intact. I’ve got two or three fights left so I really want to make this last chapter worth reading. I’d love Eddie to get me a World title fight then my last fight would be in Hull, that’s where I started and I’m very proud to be from that city. Where I started is where I’ll finish.”