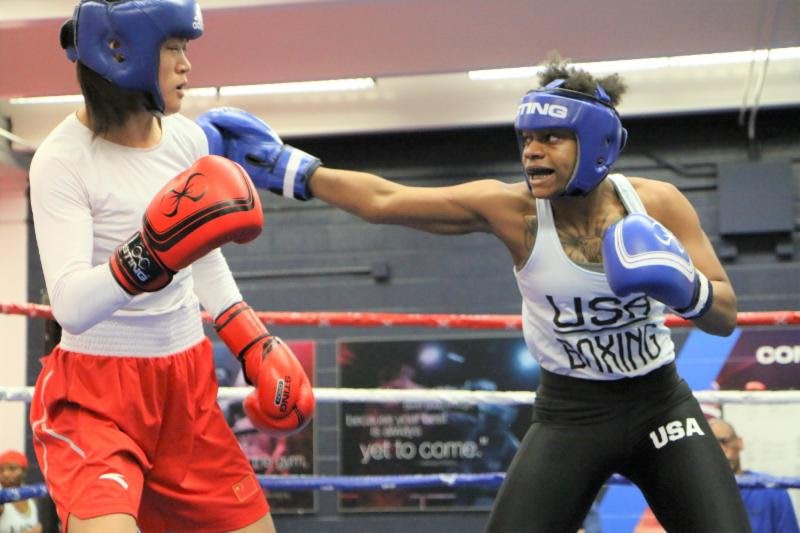 Toledo has produced and continues to produce elite boxers at a tremendous rate and gifted welterweight Oshae Jones, a much-celebrated amateur champion, clearly reigns as the undisputed Queen of Boxing in the Ohio city located on the western tip of Lake Erie.

The 21-year-old Jones has been a gold medal machine as a three-time Elite National Champion, 2017 Eastern Elite Qualifier, 2016 Youth Open and 2014 National PAL champion. She recently finished runner-up at the Pan American Qualifier in Nicaragua to qualify for the 2019 Pan American Games, starting July 27, in Lima, Peru.

“I supposedly lost by split decision to a fighter from Panama (Atheyna Bylon),” Oshae noted, “but I beat her, 5-0, in the tournament before that, and I’m going to do that at the Pan Ams. This time I want a KO because I didn’t make it clear enough last fight. I’m honored to participate in the Pan Ams but, at the same time, I feel like I worked hard enough to get here, so I’m not that surprised.

“I don’t keep count anymore because I’ve won so many, but my most memorable was winning at The Nationals in 2016, because I won with my brother, Otha (Jones III), and all my teammates from Toledo.”

“I think Toledo has produced all these champions,” Jones remarked, “because we come from ‘the mud’ and know what hungry feels like.”

Boxing has been a family affair from the very beginning for Jones, who started boxing in 2011 when she was 13, because she was always in competition with her “little brother,” Otha. “We always wanted to be the fastest, strongest or number one at every little thing we did,” she explained. “Both of my brothers are professional boxers, Otha and Roshwan, and my father, Otha Jones, and older brother Roshwan are my coaches.”

Oshae’s life has dramatically changed from training at Soul City Boxing Gym in Toledo to the Olympic and Paralympic Training Center in Colorado Springs, largely due to the opportunities she’s had and taken advantage of to fight overseas and add to her vast arsenal of skills.

Two-time Olympic gold medalist and USA Boxing Alumni Association Hall of Famer, Claressa Shields, along with the likes of Katie Taylor, Amanda Serrano and a few others have changed the face of female boxing today. “I feel females before me did good things for women’s boxing,” Jones concluded. “They paved the way, but I’ll finish it off.”

Oshae Jones, who has her sights set on the 2020 Olympics in Japan, is Toledo Strong!