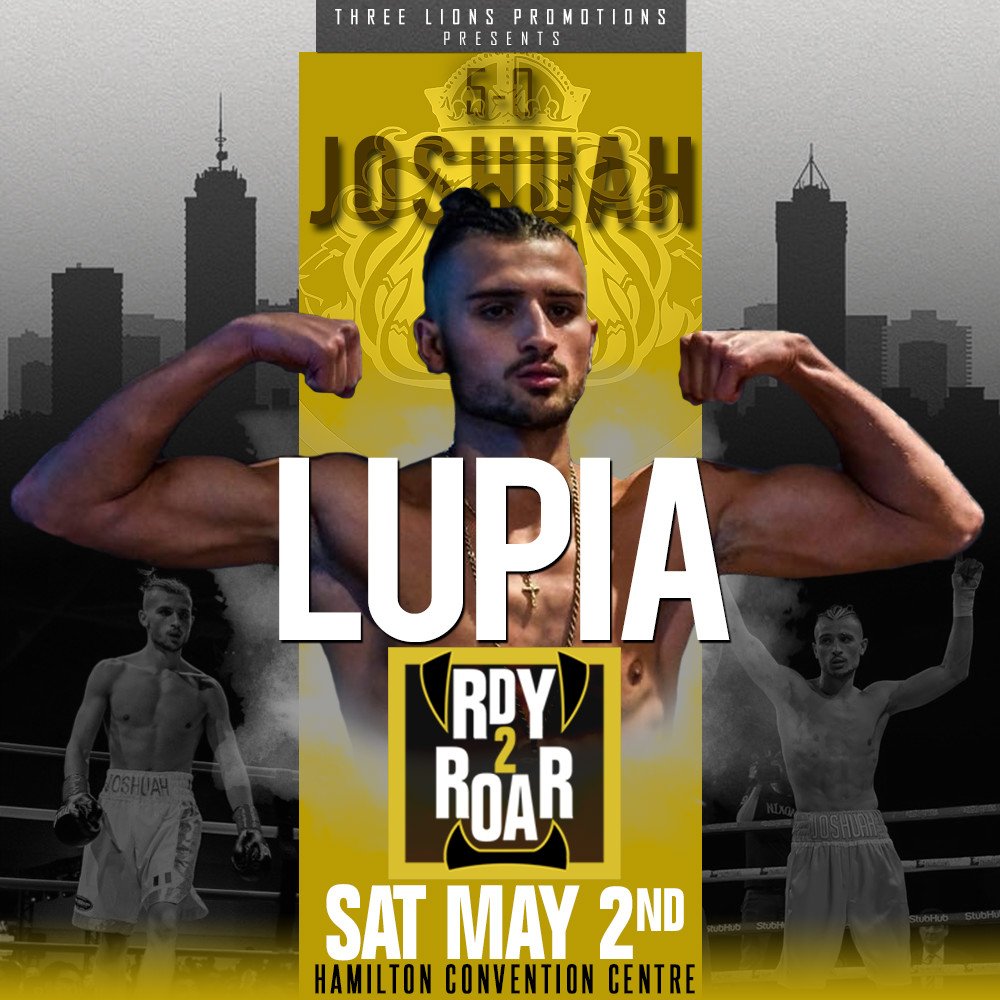 Three Lions Promotions (TLP) is pleased to announce the addition of Bradley “The Truth” Wilcox (9-0-0, 4KOs) of Hamilton and Josh Lupia (5-0-0, 5KOs) of Niagara Falls to the lineup for “Rdy 2 Roar” on Saturday, May 2, at the Hamilton Convention Centre. Wilcox was ready for his first title shot back in September, only to have his opponent withdrawn for medical precautions. Lupia was a decorated amateur and remains undefeated as a professional. The card is headlined by Bradley’s brother Jessie “Roc” Wilcox (15-0-2, 9KOs) against an opponent TBA.

Bradley Wilcox is one of the fastest rising lightweights in North America, accumulating an impressive nine victories in just over two years. Back in September, “The Truth” scored a near shutout decision over last-minute replacement Domingo Vazquez (7-4-0, 2KOs) of Mexico, demonstrating maturity well beyond his 25 years. For 2020, Wilcox’s sights are firmly set on a Canadian championship, perhaps as soon as this summer. A win in Hamilton, however, is imperative for title talks to continue.

Welterweight Josh Lupia is an undefeated power-puncher with an amateur pedigree to boot. As a professional, Lupia has stopped all five of his opponents inside the distance. In November, the heavy-handed technician did what his rivals could not, becoming the first man to stop Edgar Enrique Martinez (3-3-0, 2KOs). In a division stacked with talent, the 22-year-old Lupia is already a serious threat to Canada’s top talent.

In the main event, Hamilton fight fans will be treated to the triumphant return of hometown hero Jessie “Roc” Wilcox (15-0-2, 9KOs) against an opponent TBA. Wilcox was recently the co-main event for Rozicki-Reznicek in Sydney, Nova Scotia, boxing his way to an eight-round unanimous decision over Luis Montelongo (12-8-0, 3KOs) of Mexico.

Hot off a spectacular TKO3 win over Vladimir Reznicek (9-3-2, 4KOs) of Prague earlier this month, Ryan “The Bruiser” Rozicki (12-0-0, 12KOs) of Sydney Forks, Nova Scotia, flips roles with Wilcox for Hamilton, serving as the co-main event of the evening.

The undercard will also features “Ruthless” Carolyn Redmond (3-0-0, 2KOs) of Guelph, Ontario, fresh off a TKO4 win over once-defeated Karina Rodriguez (3-2-1, 2KOs) of Mexico earlier this month in Nova Scotia, as well as the return of undefeated middleweight Antonio Napolitano (5-0-0, 3KOs) of St. Catherines, Ontario, fighting for the first time since his . stunning knockout over Kenny Chery (2-4-0, 1KOs) late last year.

The full undercard, including additional fights, will be announced in the coming days.