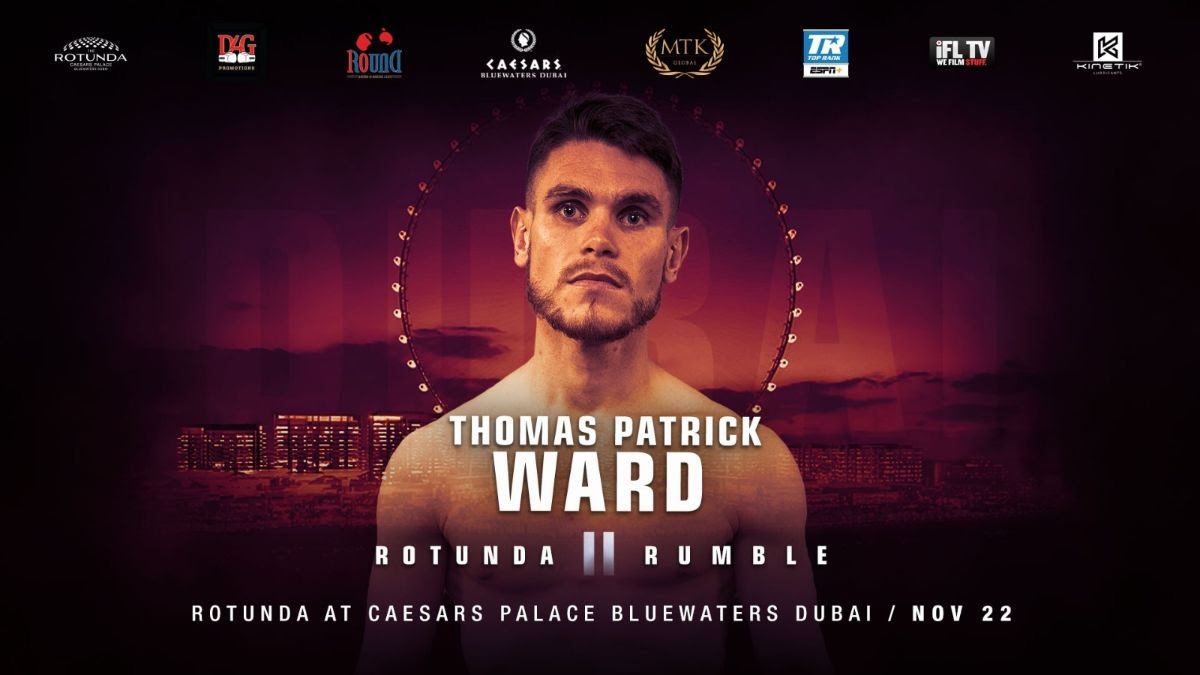 WBO world No. 4 Thomas Patrick Ward will star on #RotundaRumble2 on November 22.

The undefeated Durham super-bantamweight (28-0, 4 KOs) has been added to a glitzy #MTKFightNight from D4G Promotions in association with MTK Global and Round 10 that already includes the likes of India’s boxing hero Vijender Singh and WBO world No. 1 super-lightweight Jack Catterall.

Ward, who is co-promoted by MTK Global and Salita Promotions in the US, is eager to take another step in his seemingly unstoppable rise to a world title in front of a new audience at Dubai’s Caesars Palace, Bluewaters – live on ESPN+ in the US in association with Top Rank and on iFL TV worldwide.

Ward said: “I’m very excited to be fighting in Dubai. It’s new for me. I’ve been all around the world but it’s always nice to showcase your skills in front of brand new audience.

“If the fans over there like to watch a skillful boxer then they’re going to be very entertained on the night. Hopefully they all get on board and follow my story because I’m keen to put on a good show for them.

“I’ve got to be 100% switched on because I’m within touching distance of that world title shot. It doesn’t matter who the opponent is – every fight is crucial and I can’t afford any slip-ups at this stage.

“These #MTKFightNight events are fantastic. They’re going so well and I believe they’re taking over.”

Head of Round 10 Boxing Ahmed A. Seddiqi added: “This is another great addition to what is becoming a groundbreaking card for boxing in Dubai.

“Thomas has already proven he’s at world level already and we’re delighted to be offering fans in Dubai the chance to come and witness such a talent taking another crucial step towards the very top.

“We’re confident that with each show, we’re building bigger and better bills and #RotundaRumble2 is a perfect mix of established world-class talent and emerging forces.”

Ward was last in action outclassing Yesner Talavera on the #MTKFightNight at Newcastle’s Eagles Community Arena in September.

Further additions and updates to the Dubai card will be announced in due course.