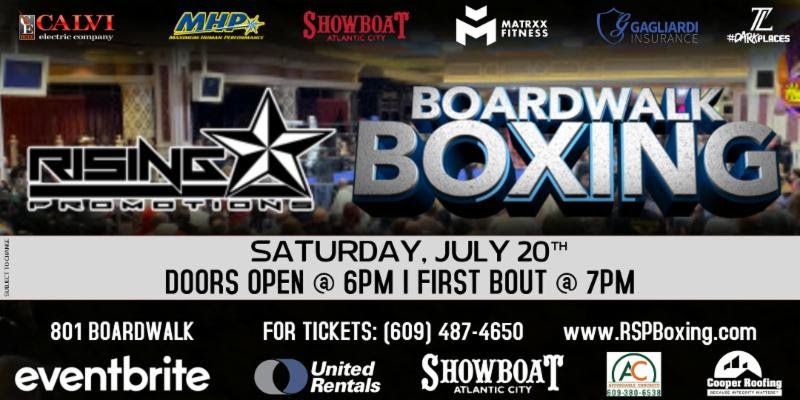 LaManna – Hernandez will headline a massive 10-bout card that is promoted by Rising Star Promotions.

The 27 year-old LaManna, who was the former New Jersey State and WBC Fecarbox Welterweight champion, is unbeaten in his last seven outings to which he as gone 6-0-1.

LaManna has wins over Kendal Mena (20-3), Matthew Strode (25-6) and in his last bout, LaManna won an eight-round unanimous decision over former world title challenger Mike Arnaoutis on November 16th, 2018 at The Showboat.

This will be the 21st fight in Atlantic City for LaManna, with this fighting being the 3rd at The Showboat.

The hard hitting Hernandez has a deceiving record of 15-21-1 with 12 knockouts.

Gabriel Pham (11-1, 5 KOs) of Atlantic City will take on an opponent to be named in a super middleweight fight.

In four round bouts:

Zachary Dubnoff (2-0, 2 KOs) of Springfield, NJ will take on pro debuting Devonn Boone of Maryland in a super middleweight contest.

Josue Rosa (2-0,2 KOs) boxes Steven Lopez (0-3) in a battle between Philadelphia based bantamweights.