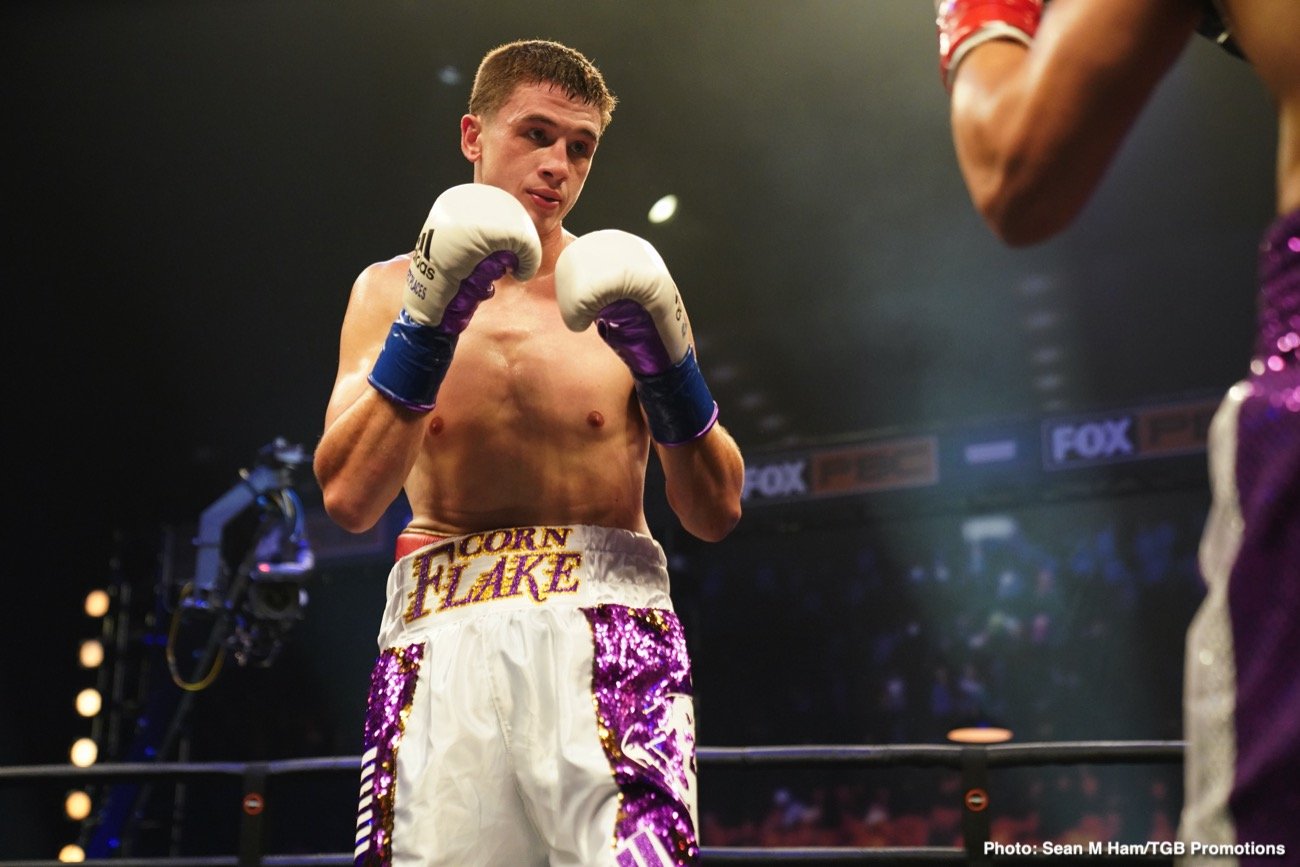 It’s been a little over a week since Jr. Middleweight Contender Thomas “Cornflake” LaManna and once beaten Brian “La Bala” Mendoza squared off in the PBC on FS1 Main Event from the Microsoft Theater in Los Angeles, California. Uncertain as to why and how, judges Edward Hernandez Sr. (98-92), Steve Morrow (96-94) and Pat Russell (98-92) all saw the bout in favor of Mendoza. Ironically, Hernandez Sr. was one of the judges from this past Sunday’s WBA Welterweight championship fight between Yordenis Ugas and Abel Ramos.

“This is a huge problem with boxing, these judges are ruining the careers of many young fighters who are just trying to make it. fortunately, the right person won in the Ugas fight, but they tried robbing that man of a World Title, it’s gross”. LaManna quoted in a very “torn” voice.

When asked about the fight, the scoring and “the bubble”, LaManna had no problem speaking his mind.

“The world knows I won; shit Brian Mendoza knows I won. The look on his face on National TV after they announced him the winner speaks for itself. I don’t have a problem with the kid, I wish him nothing but the best, he’s a good fighter and he gutted it out after being badly hurt in the 3rd round, but facts are it shouldn’t of been enough to win the fight and the judges are completely foul for scoring the way they did. There’s no need for a rematch, I’m still at a loss for words, but I’m able to sleep well at night knowing that I won that fight, and it’s probably haunting Mendoza because he knows he got an early Christmas gift”.

“The whole fight week was smooth, but it was not easy for everyone. We are basically locked in our room for maybe 20 hours out of the day, only allowed out to use the gym at a set time and to eat breakfast, lunch and dinner. It was well run by the security team and the PBC staff was tremendous. It’s just a shame that a different, but good fight week was ruined by the decision”.

“I guess the biggest mistake that I made was having too much fun in the fight. I was the aggressor, I threw more punches, I landed more punches, I was making him miss and just displaying my experience. My trainers both told me that we didn’t know what the judges were looking at, so let’s close the fight out, Mendoza doesn’t belong in there with me”.

That didn’t turn out the way LaManna had hoped as he was cut in the 9th round for the first time in his almost 10-year career after a fierce exchange. “That sucked” LaManna quoted laughing. “The cut probably threw me off my game and I wasn’t happy with my mental conditioning, but now it’s something I’ve now experienced and thankfully there was only a round and a half left. My cutman Mike Rodriguez did an excellent job with the cut, I just let it get the best of me”.

“Boxing is all about being able to make adjustments in the moment, being smart and sharp, swimming without getting wet as Brother Naz (Late trainer Naazim Richardson) always said. God willing I’ll be back, PBC treated me good and gave me another opportunity after my poor performance against (Jorge) Cota back in January. I watched the replay once and listening to hall of famers Lennox Lewis and Joe Goossen, who both had me winning comfortably along with Brian Kenny, really lit a spark and I realized that I should have just kept doing what I was doing, boxing and making Mendoza look lost but based on the judges scores, would it have really mattered though?”