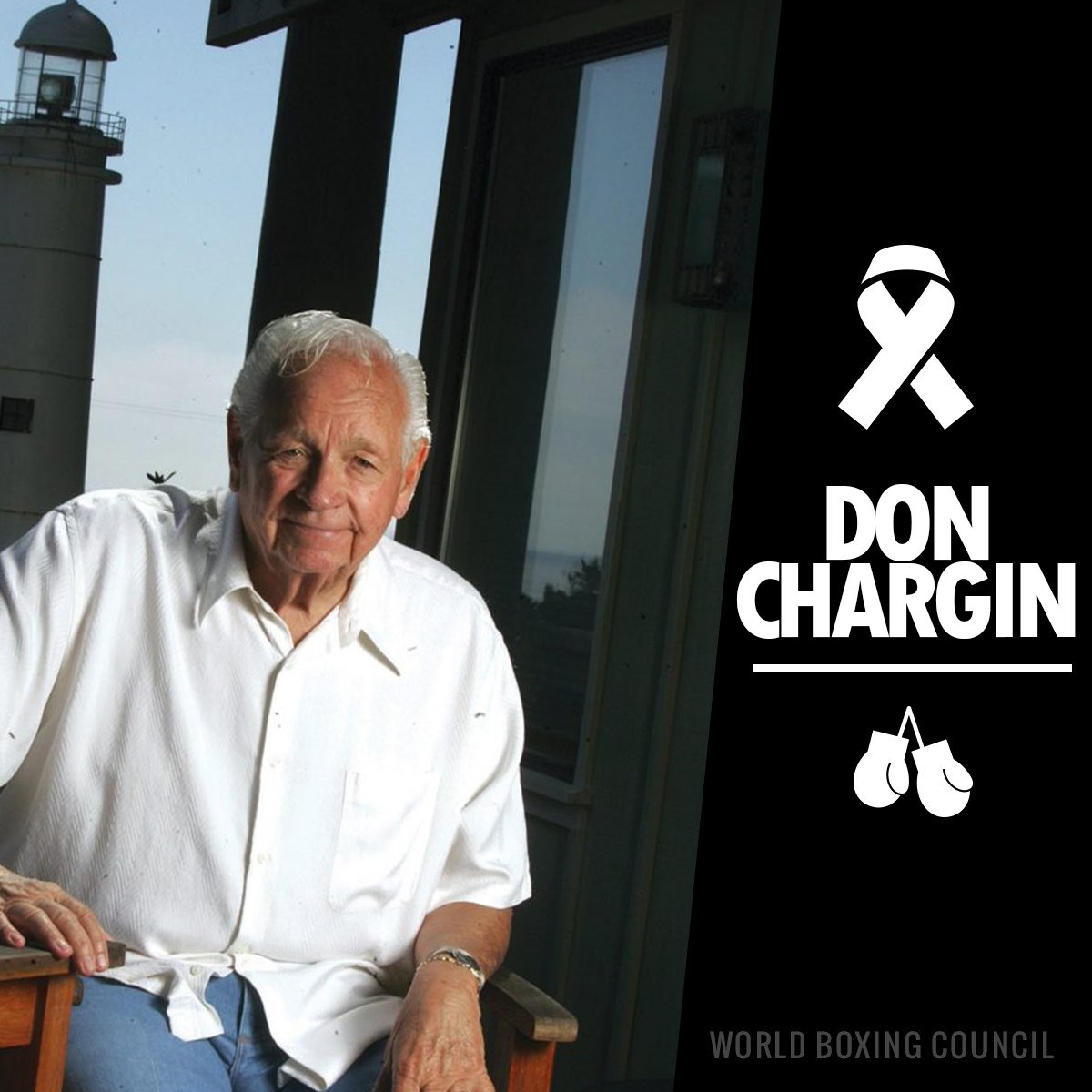 The International Boxing Hall of Fame announced its flags will fly at half-staff in memory of promoter / matchmaker Don Chargin, who passed away yesterday (September 28) at Sierra Vista Hospital in San Luis Obispo, CA. He was 90.

“Don Chargin dedicated his life to boxing and was highly respected for his tremendous matchmaking and promoting abilities. He made a lasting impact on the sport on the West Coast and beyond,” said Hall of Fame Executive Director Edward Brophy. “Everyone at the Hall of Fame joins the boxing community in mourning his passing and remembering his lifelong contributions to the sport of boxing.”

Chargin’s first promotion, at the age of 23, was Eddie Chavez vs. Manuel Ortiz on September 3, 1951. Along with his wife and fellow Hall of Famer Lorraine, “War A Week” Chargin went on to promote over 3000 fights, including Carl (Bobo) Olson vs. Paddy Young, Jerry Quarry vs. Jimmy Ellis, Joey Giambra vs. Chico Vejar and such fighters as Muhammad Ali, Julio Cesar Chavez, Pipino Cuevas, Lupe Pintor, Roberto Duran, Bobby Chacon, Mando Ramos, Danny “Little Red” Lopez, Pete Ranzany, Carlos Palomino and Tony (The Tiger) Lopez among countless others. From 1964 to 1984, he served as matchmaker at the Olympic Auditorium in Los Angeles, working in association with Hall of Famer Aileen Eaton. In 2002, he joined Hall of Famer Oscar De La Hoya’s Golden Boy Promotions as Senior Advisor.

In 2001, Chargin was elected into the International Boxing Hall of Fame.

The WBC mourns the passing of Don Chargin

The Family of the World Boxing Council and its President Mauricio Sulaiman Saldivar deeply sorrow the death of the American friend and promoter Don Chargin, which passed away yesterday in Sacramento, California, where he had been living for many years.

Chargin, 90, was a good man in the world of boxing, in which he was immersed for more than half a century working and doing it superbly for promoters like Cal Eaton and his wife Aileen at the Los Angeles Olympic Auditorium, during a long season.

Don, who was born in San Jose, California in 1928, also worked with George Parnassus and finally settled down with his own company in Sacramento, where he promoted for at least the last 25 years in the company of his wife Lorraine Chargin, and there they presented many important fights based on champions, one of them, the last one that led to a world title, Willie Jorrin in super bantamweight.

For his abundant boxing merits, Don was inducted into the main gallery of the Boxing Immortals, the International Boxing Hall of Fame of Canastota, New York.

A stretch of his story was given within the World Boxing Council. He was a great friend of our president Don José Sulaimán, as he was also of the current leader, Mr. Mauricio Sulaimán Saldívar.

The WBC awarded Don and Lorraine, recognizing their loyalty to the body when they became the marriage with the largest presence in our annual conventions in different parts of the world.

The entire WBC joins the family of Don and his many friends in these sad moments, wishing them a prompt resignation.

For decades, “War a Week” Don Chargin was universally known as a titan of promoting and matchmaking. His events at the Olympic Auditorium were not to be missed, and along with his wife, Lorraine, he was the linchpin of boxing in California and beyond.

But to those of us at Golden Boy Promotions, he was so much more. He was a partner. He was a mentor. And he was a friend. To say Don will be missed doesn’t come close to explaining the sadness we all feel today.